His best friend gave him a liver and saved his life

Men sometimes have a tendency to keep health news to themselves, and that was the case for Stephen Mensch of Collin County. Thanks to a difficult conversation, he discovered the person who could save his life was his own best friend. 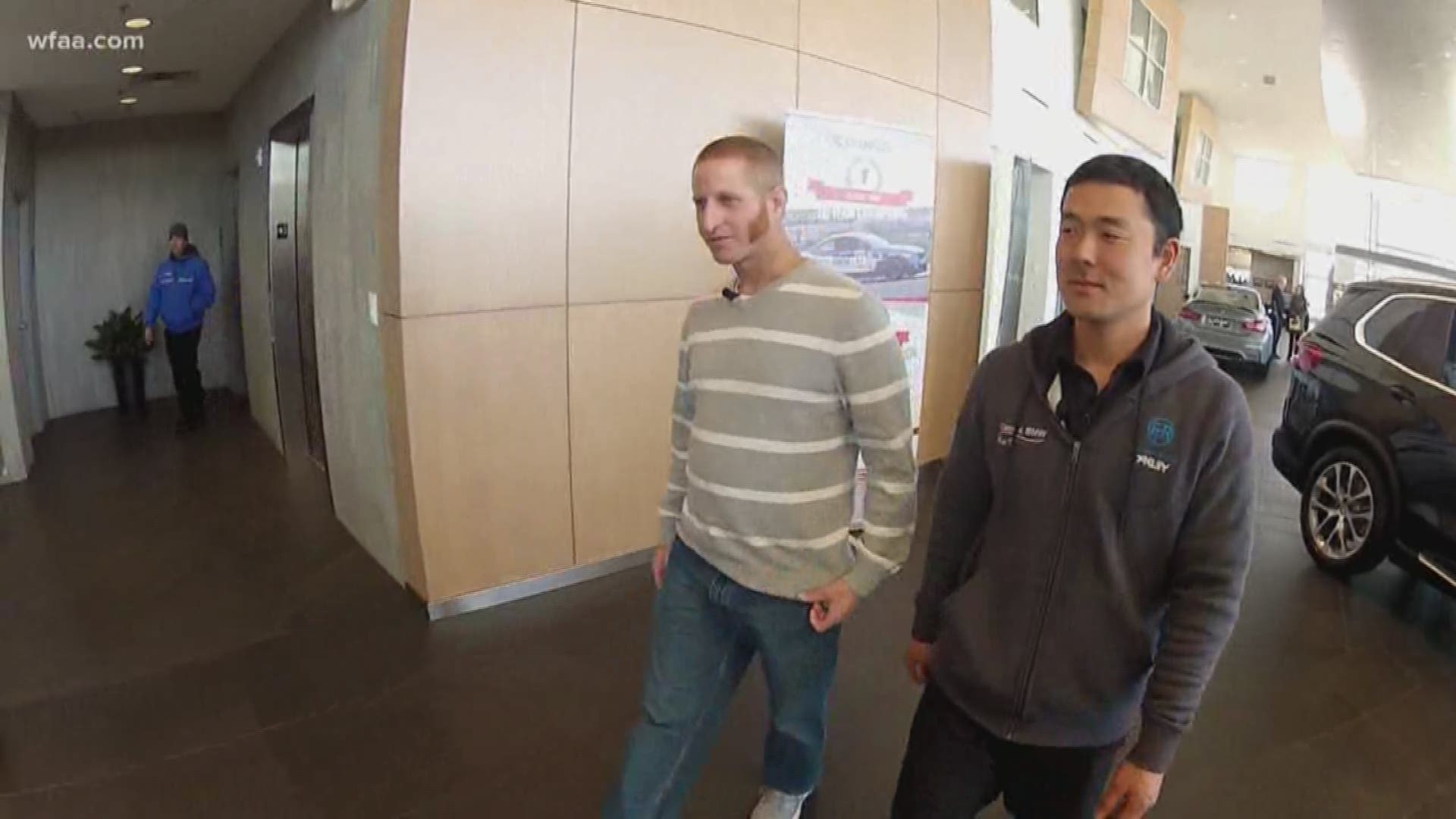 PLANO, Texas — The friendship between Yuki Tsutsumi and Stephen Mensch might make you question how well you know your best friend.

Tsutsumi and Mensch live in the Collin County town of Anna. They met at church volunteering for the youth program.

Tsutsumi loves race cars and makes his living working on them. Mensch is an emergency room nurse. Both are dads and daredevils – they've been skydiving together.

They knew a lot about each other, but there are some big things they didn’t know.

Mensch has an autoimmune disease called Primary Sclerosing Cholangitis, or PSC. It attacks his liver. Mensch said about one in 100,000 people have PSC.

He was diagnosed at age 18 and lived with few effects of the disease until the age of 30. That’s when doctors told him without a transplant, he might only have two more years to live.

It took him almost two years to tell anyone about it.

“Until it became serious, there wasn’t really anything to talk about,” he said.

Tsutsumi knew nothing about how sick his best friend was.

“I didn’t. He just kind of sprung it on me,” Tsutsumi said. “I knew he took some pills, but had no idea what for or how severe it was.”

Within weeks of learning that Mensch desperately needed a liver, Tsutsumi had completed multiple tests and discovered he could give him one.

They'd been close friends for almost a decade, but had no idea that their blood types and everything else that needed to match, did — perfectly.

“He needed the transplant, and he was extremely lucky and fortunate that a good friend decided to donate to him,” said Dr. Giuliano Testa, chief of abdominal transplants at Baylor University Medical Center.

“It was kind of a blessing out of nowhere,” Mensch said.

Both men believe it was a higher power at work.

“I wouldn’t say it’s a coincidence. I think it’s meant to be,” Tsutsumi said.

In a day-long operation at Baylor University Medical Center in Dallas, surgeons removed about 70 percent of Tsutsumi’s healthy liver and gave it to Mensch.

Livers regenerate themselves inside the body. So, within weeks, both organs were functioning well.

“The size of the liver goes back to normal within a few weeks for a donor. Function takes a little longer, but it does go back to 100 percent,” Testa said, “so the only difference is the scar you have that reminds you that you did something amazing.”

Just two months after donating part of his liver, Tsutsumi ran a half marathon.

Both men are back and working and feeling great.