Only a handful of schools in North Texas have barbecue teams, but the idea is gaining popularity. 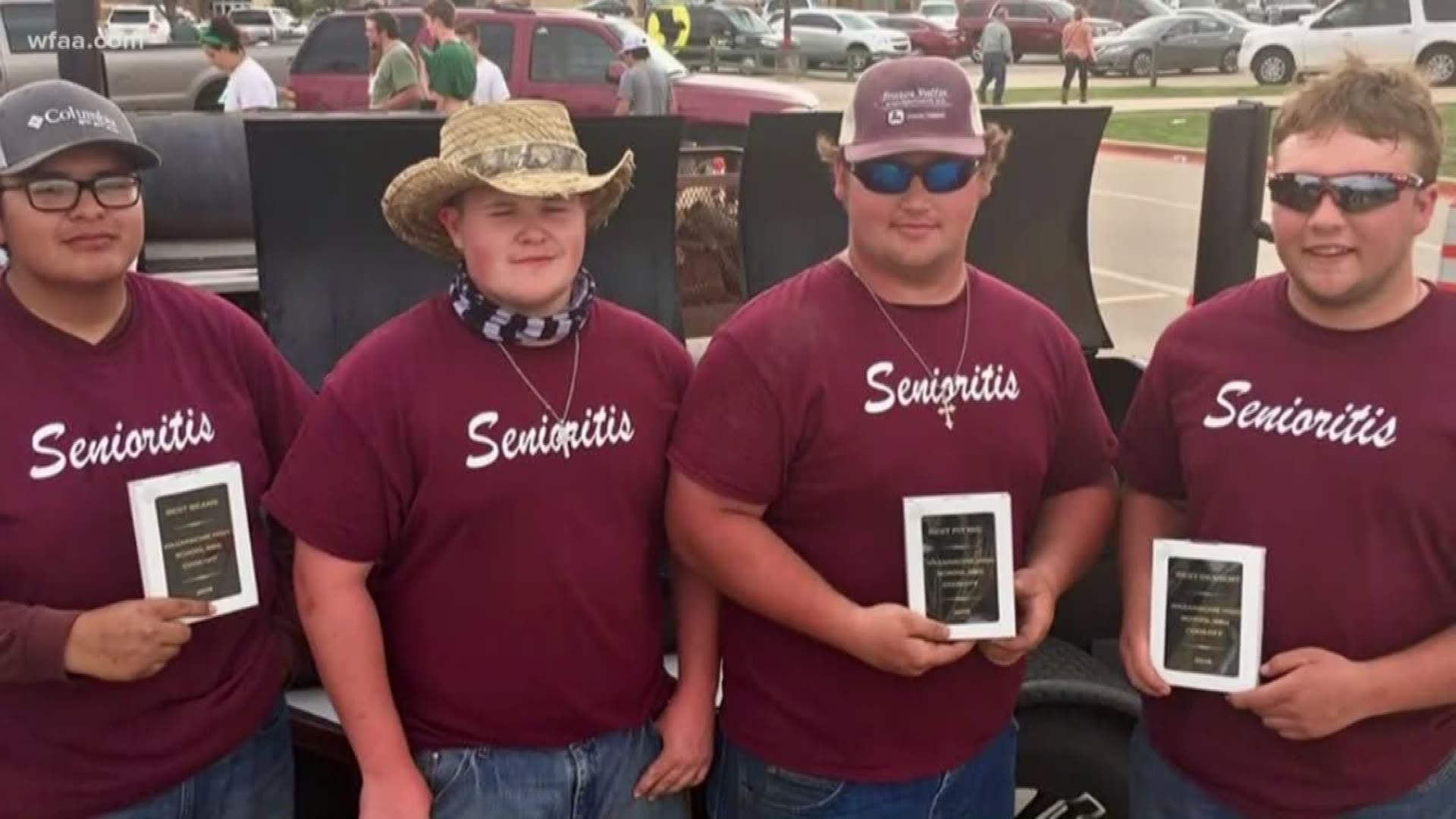 ENNIS, Texas — When you say ‘varsity’ in Texas, the word ‘football’ usually follows. But how about barbecue?

At Ennis High School, a group of students loves their brisket and ribs just as much as their pigskin.

Last year, the school created its very first competitive barbecue and traveled to cook-offs involving other schools across the state. Only a handful of schools in North Texas have barbecue teams, but the idea is gaining popularity.

Horticulture teacher Tommy Copeland helped start his team at EHS after discovering an annual state tournament in Burnet where over 100 schools compete. “When we tell people about it, they’re in disbelief at first,” Copeland said. “Then they say, ‘Wow, I wish that was around when I was in school--I would have been on that team,’” he said with a laugh.

At Ennis High, the barbecue team is like a Texas hybrid of metal shop and home economics. The students fabricate and weld their own cooker together then use it to compete.

Copeland and other vocational teachers assist the students in learning how to be pitmasters.Teachers or instructors aren’t allowed to help students during cook-offs, and they’re judged on best beef brisket, pork ribs, ½ chicken, best beans, dessert, best pit, most school spirit, and best t-shirt.

If you’ve never been to Ennis, the town’s foundation includes a rich Czech heritage. Copeland adds that helps them in competition. “We have some Czech recipes that we don’t divulge to anyone,” Copeland said. The only requirements to be on the barbecue team? Maintain a passing average and be a senior.

However—that doesn’t stop Copeland from mentoring aspiring juniors who have interest in the team like Marshall Sladecek.

Before Ennis’ home football game against Corsicana, he and some other juniors got some ‘ribs practice’ outside the stadium. “We all barbecue, why not take it to the competition level?” Sladecek said. “Every guy needs to know how to do it.”

For Copeland, it all comes down to one thing. “When these boys leave here, they are kings of their grills,” Copeland said.

And when you hear that, you can’t help but think...only in Texas.