'Hide packages from husband' doormat gets the delivery job done

A viral video shows an Amazon delivery man complying with the directive of a doormat. 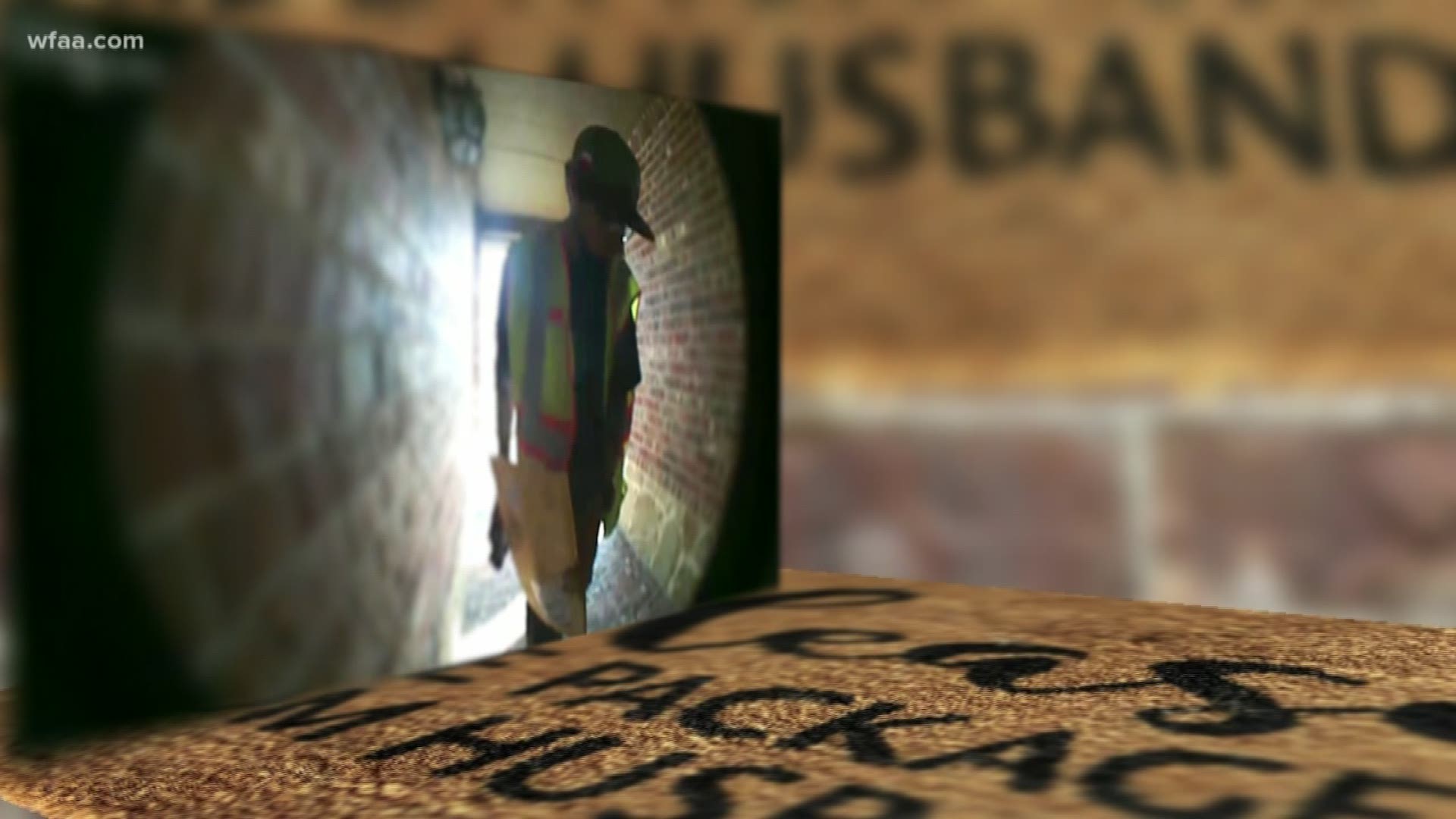 "Probably won't ever happen again, but it was funny!" said O'Shea.

Last month, O'Shea bought a new doormat that makes a joke. Printed in black lettering on the straw mat, there's a message that says, "Please hide packages from husband."

"I think a lot of married women can relate to me," O'Shea said with a laugh.

A lot of woman have seen her doormat now because of what happened Sunday night. She and her husband Kenny O'Shea were out to dinner, when they got an alert from their doorbell security camera at their Haslet home.

"He got a notification on his phone that somebody was at our front door," said O'Shea.

Together, they watched the video and saw an Amazon delivery man who walked up to their front door and then noticed the doormat directive.

"He was about to set it down, and then he realized," said O'Shea.

The video clip only lasts fifteen seconds, but it clearly shows the worker doing a double take when he sees the message. Instead of setting down the package, he turns around and tucks it out of sight on their front porch.

When the O'Sheas got home, they found the package safely hidden behind furniture on their front porch.

"It was a a window valence for my kitchen curtains," O'Shea explained.

O'Shea said other delivery people have put packages under the mat, but until Sunday, no one had taken the step to actually hide a delivery. She got such a kick out of the delivery guy's efforts that she posted the video to Instagram and Facebook. She thought just her friends would see it, but now it has been shared and viewed more than 13 million times.

"I didn't even know that my stuff was public!" O'Shea said.

She purchased the doormat at a Kirklands store, and she said Kirklands had contacted her to let her know the mat is now sold out online. O'Shea has reached out to Amazon, hoping to find and thank the delivery man who made so many smile. Because a job well done is in the details.

"I appreciate your work ethic," said O'Shea, "and trying to hide it from my husband."