“The Russians kicked the door down and they grabbed the little girl," said Tim Mallad, who discovered the letters in an old desk he bought at an estate sale. 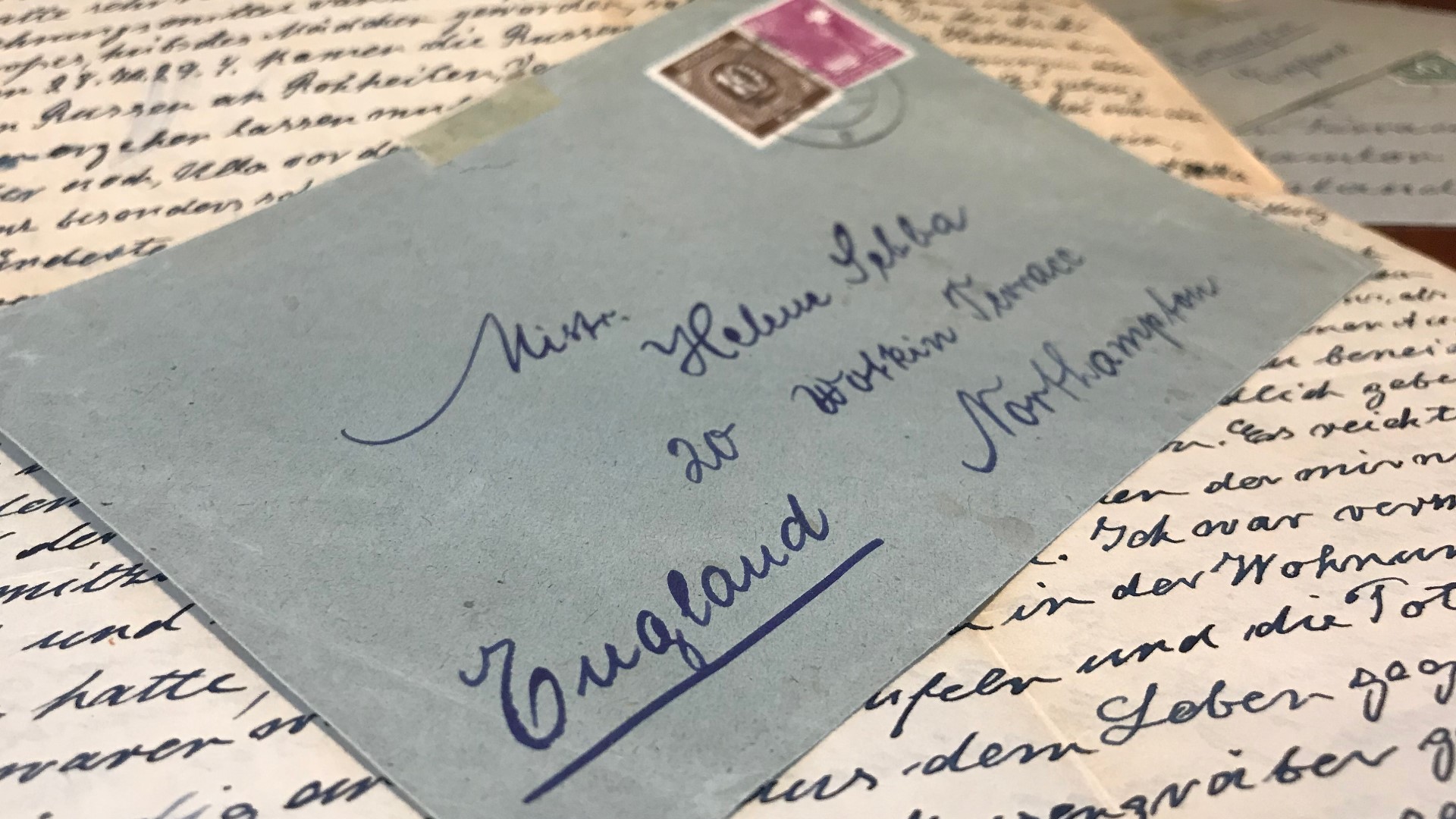 The 73-year-old sheet of stationary, in good condition considering its age, captures the humanity of history.

But it is a letter that might have been lost forever if it weren’t for Tim Mallad, 53.

The story starts when he got an old desk at an estate sale years ago.

“When we carried it upstairs, the shelves were rattling," Mallad recalled. "I got my drill and started to drill right here and thought, 'That’s strange. I wonder why they’re loose,' and gave it a tug."

The cubby in the center of the desk was a hidden compartment.

Inside, he found an English passport and a collection of old German letters written in cursive that were addressed to a woman named Helene Sebba.

Sebba and her husband fled to England before the war. There are several images of them in front of the very desk that’s now in Mallad’s Dallas office.

But since Mallad could not read German, he tucked the letters back inside the desk – never imagining the ink on the paper would be so powerful.

“From time to time, when somebody German would come through, I would ask people to look at them and read them, and I was getting a sense that something bad had happened,” he said.

Turns out, it was Jane Seymour, the Hollywood actress, who pushed Mallad to get them translated after he happened to be seated next to her on a flight from Dallas to Nashville a few years ago.

The letters came up in conversation and she urged Mallad to find out what they said.

“You can hardly imagine the joy we felt hearing from you,” one letter begins. “It is just so sad that it had to be under such horrible circumstances.”

Turns out, the letters revealed a haunting story.

A woman named Olga Holzapfel wrote them to Sebba. Holzapfel was a refugee in 1945.

Sebba’s brother, Dr. Willy Weiss, took Holzapfel in at his family’s apartment in Germany. Weiss lived there with his wife, Dora, and their 13-year-old daughter, Ursula, known as Ulla.

In the letter, Holzapfel details the brutality of what advancing Russian soldiers were doing to German civilians in the final days of World War II.

“They found the family in the basement," Mallad said of what he learned from the letters. "They raped the wife and made Helen’s brother watch as his wife was raped. They had a young daughter and they put her in a burlap sack and Dr. Weiss sat on her and pretended she was a chair while they raped his wife."

“Continuously the Soviets entered, looted and took possession of the young girls. They were particularly crazy about Ulla,” Holzapfel wrote.

But what Holzapfel shared next was the most disturbing to read.

“The Russians kicked the door down, and they grabbed the little girl – her name was Ulla,” Mallad said Holzapfel wrote. “She was raped multiple times. They brought her back, threw her into the house and said, ‘We’re coming back in a half-hour. There are other guys that are coming for you.’ And she said, ‘Daddy, I want to die. Daddy, please kill me.’”

“Your family – in despair – grabbed the one thing that they had always planned – potassium cyanide,” Holzapfel wrote in the letter.

“He asked her if she was certain and she said 'yes,'" Mallad said. "He took her to the couch and gave her a tranquilizer and then injected potassium cyanide. They placed her in the middle of their bed. His wife was the next one to go. He held her while she whispered to him her last words."

Mallad said Weiss “took seven shots to die, according to the witness.”

“Death came in a flash and I envied it,” Holzapfel wrote.

“The Russians came back for round two and they broke down the door and saw a group of German women standing over these bodies and the author of the letters [Olga] said they made the sign of the cross," Mallad said. "She wrote that the soldiers said, ‘Russians did not do this.’”

“It hurt your heart to read it,” Mallad said. “It is somewhere between nausea and intense pain.”

“Everybody who chose to end their life, more than 500 people, were all picked up and buried in mass graves,” Holzapfel said.

But why did so many German civilians take their own lives as the war was winding down?

Historians say Nazi propaganda warned German civilians that other armies would likely be brutal. What the arriving Russians did – days before Germany’s unconditional surrender – only fulfilled the paranoia.

Another letter hidden in the drawer was from the local Red Cross, which made it official. It identified the remains of Dr. Weiss, his wife, and their 13-year-old daughter. But the Red Cross’ death notice provided no details as to what happened.

“Up until last year, the Weiss’ didn’t have a name anymore. None of them did. They no longer existed. They were three people in a mass grave,” Mallad said. “In a way, we’ve given them their name back.”

“Mrs. Sebba I have now probably just about answered all your questions,” Holzapfel wrote.

Her words detail the cruelty of the war and one family whose history might have been forgotten if Mallad hadn’t discovered the letters that Sebba saved.

But why did she keep them all those years?

“I think she wanted her brother’s memory to live on,” Mallad speculated.

“It’s interesting, the Germans have always been the enemy," he continued. "The war was always so black and white. Then you get these letters and there’s nothing black and white about the second World War. It had entanglements and touched people at so many levels."

Not only did Mallad discover the letters, but he also found a relative of Sebba’s – her grandson, Frank Pringham, who now lives in Atlanta, Ga.

In a Skype interview from his home, Pringham said he had no idea the letters existed and never knew much about his grandmother’s side of the family. 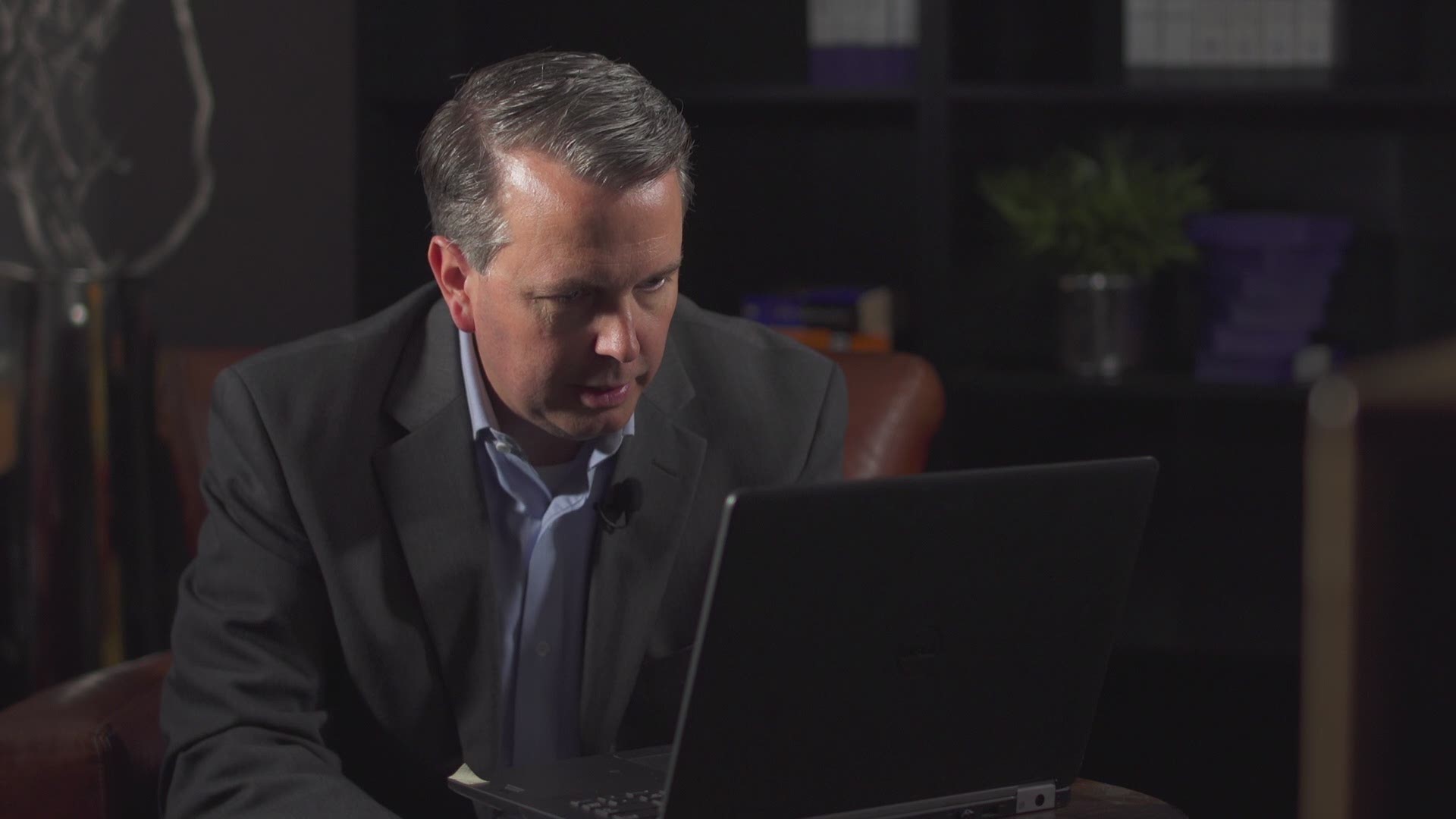 So, what happens to the letters now?

“Neither of us wants this to go into a museum drawer,” Mallad said.

The two men are committed to keeping them all together and ensuring the story is not forgotten.

To learn more about the discovery of the letters, click here.

RELATED: War hero's body exhumed and will be reburied in Arlington National Cemetery

RELATED: How the city of Stockton got its name in California