The person traveled from Nigeria to Dallas, arriving at Love Field on July 9. The person is in stable condition, officials said. 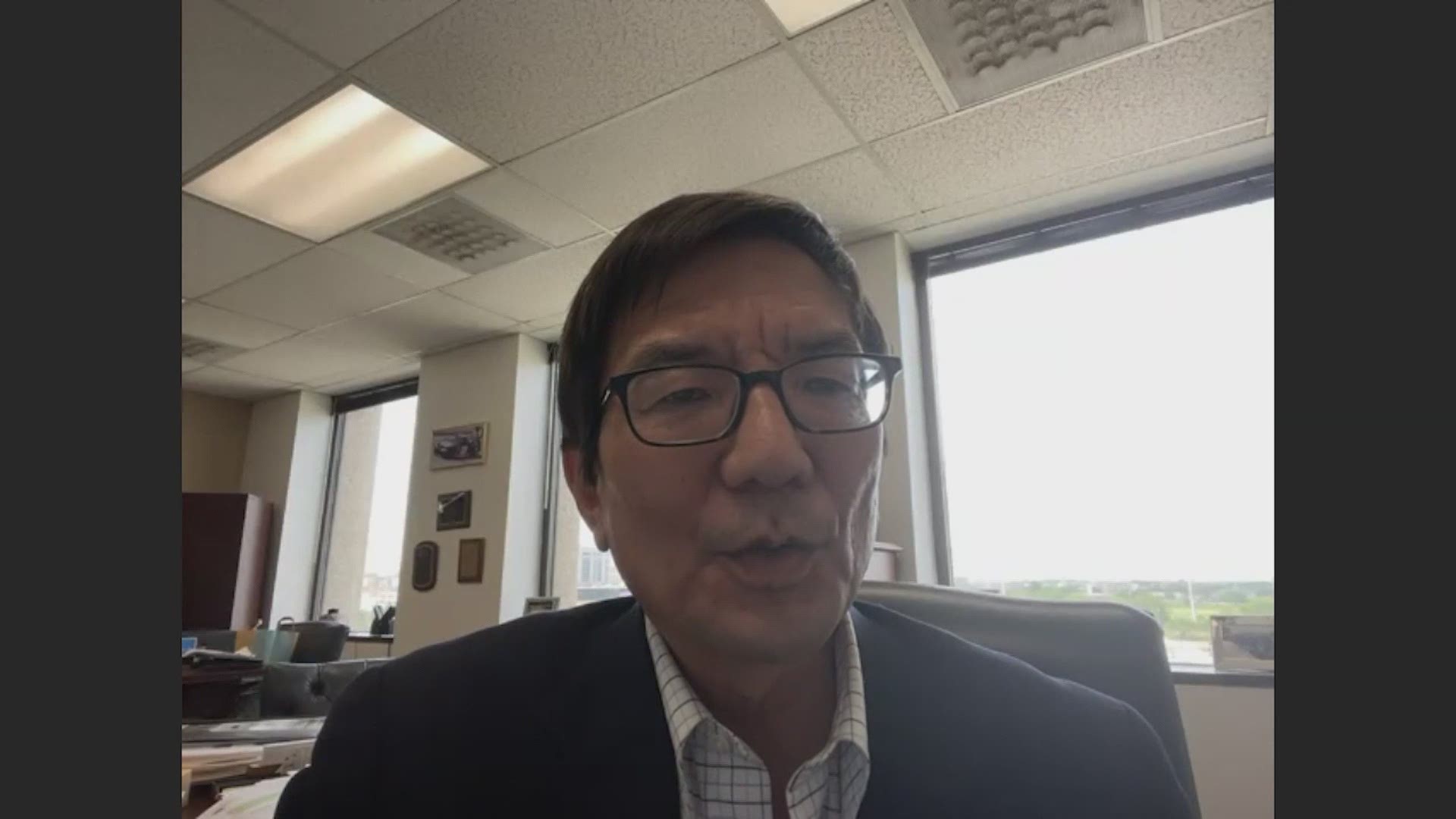 DALLAS COUNTY, Texas — This story will be updated as new information is released.

A resident of Dallas County is being treated at a hospital for monkeypox, a rare disease, health officials said Friday. This is believed to be the first monkeypox virus infection in a Texas resident, but officials say there is little risk to the public.

The person traveled from Nigeria to Dallas, arriving at Love Field on July 9, according to a statement from Dallas County Health and Human Services. The person is in stable condition.

The Center for Disease Control and Prevention confirmed that the passenger flew on a Delta flight through Atlanta.

Delta released a statement saying they are working with the CDC "as they perform their function for appropriate customer notifications, as is standard in instances like these."

The CDC has been identifying close contacts, including airline passengers who may have been in contact. Face masks were required on the flights and at the airports, the county health department said in a statement.

“We have determined that there is very little risk to the general public," said Dallas County Health and Human Services Director Dr. Philip Huang. "This is another demonstration of the importance of maintaining a strong public health infrastructure, as we are only a plane ride away from any global infectious disease.”

People who do not have symptoms are not capable of spreading the virus to others.

“While rare, this case is not a reason for alarm and we do not expect any threat to the general public," said Dallas County Judge Clay Jenkins. "Dallas County Health and Human Services is working closely with local providers, as well as our state and federal partners.”

Mayor Eric Johnson tweeted that the city is in close contact with the county and that they have confidence in federal, state and local medical professionals who are working to ensure the virus is contained.

We are in close contact with @DCHHS, the city's contracted public health authority, regarding the case of travel-related monkeypox in Dallas. We have confidence in the federal, state, and local medical professionals who are working to ensure that this virus is contained.

The CDC defines monkeypox as a rare disease that is caused by infection with monkeypox virus. The first human case of monkeypox was recorded in 1970 in the Democratic Republic of Congo. Since then monkeypox has been reported in humans in other central and western African countries. In 2003, the U.S. experienced an outbreak of monkeypox with 47 reported human cases.

No other information will be provided about the Dallas County resident to protect their privacy, the department said.

Currently, there is no proven, safe treatment for monkeypox virus infection, the CDC said.

According to the CDC, monkeypox was first discovered in 1958 when two outbreaks of a pox-like disease occurred in colonies of monkeys kept for research, hence the name “monkeypox.” The natural reservoir of monkeypox remains unknown. However, African rodent species are suspected to play a role in transmission.

Human monkeypox infections have only been documented three times outside of Africa; in the United States in 2003 (47 cases), and in both the United Kingdom (3 cases) and Israel (1 case) in 2018.

What are the symptoms of monkeypox?

The CDC says monkeypox is similar to smallpox but has milder symptoms. In addition, monkeypox causes lymph nodes to swell while smallpox does not.

The incubation period, the time it takes for symptoms to occur after infection, is usually seven to 14 days for monkeypox, but can take anywhere from five to 21 days.

Following the onset of a fever, individuals develop a rash, usually starting on their face and then spreading elsewhere, the CDC says. The lesions from the rash will develop before eventually falling off.

People who contract monkeypox are usually sick for two to four weeks, according to the CDC.

Go here for more information from the CDC on monkeypox.