UNTHSC study looks into prevalence of Alzheimer's among Mexican-Americans

Researchers at the UNT Health Science Center received a $12 million grant from the National Institutes of Health to study why Mexican-Americans develop cognitive loss earlier than other groups. 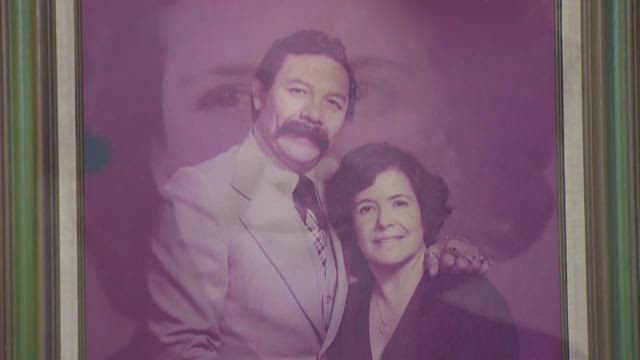 All Laura Castillo is left with are memories of her parents after her parents' memories left them.

"It’s the most heartbreaking thing when you see your parents and they're not there anymore," she says. "It's just their body but not their mind."

Her father, Sammy, and her mother, Maria Elena, both Mexican-Americans, both proud restaurateurs -- both died of Alzheimer's Disease.

"He had all this memory forever," Laura's husband, Domingo, says of his father-in-law. "And all of the sudden just to go away."

Domingo says his mother, also Mexican-American, is showing memory loss, too. The prevalence of this devastating disease in Hispanic culture, and more specifically in Mexican-Americans, is a major concern for researchers at the UNT Health Science Center in Fort Worth.

Researchers at the UNT Health Science Center received a $12 million grant from the National Institutes of Health to study why Mexican-Americans develop cognitive loss earlier than other groups.

"The Latino population, in general, appears to be at an increased risk for Alzheimer's disease," says neuropsychologist and researcher Dr. Sid O'Bryant, PhD. "We have found Mexican-Americans appear to develop memory loss average of about a decade younger."

What Dr. O'Bryant wants to know is why.

"We just got funded through the National Institutes of Health, one of the of the largest studies of Mexican-American brain aging in the history of the United States," he says.

What's happening here could be groundbreaking. The hope is that this research could change the way we both diagnose and treat Alzheimer's.

The plan is to study the blood, brains and behavior of 1,000 Mexican-Americans from North Texas and 1,000 non-Hispanic whites over the course of the next two decades. They'll look at how biology plays a role in the disease, and whether a simple blood test Dr. O'Bryant has created could help in disease prediction.

Study participants only have to check in once every two years. Having had his own grandmother succumb to Alzheimer's Disease, O'Bryant is devoted to changing the way we diagnose and treat the disease.

"I refuse to live with the fact that we can't do better. I know we can," he says.

This kind of research means the world to the Castillo family.

It's a piece of their family history they'd rather leave behind.

If you would like to take part in the UNTHSC study, and you're above the age of 50, you're urged to call 817-735-2963. Click here to learn more about Alzheimer's and resources available in North Texas.