Collin County Health Officials say a student at Talley Elementary School may have been exposed to typhoid fever. 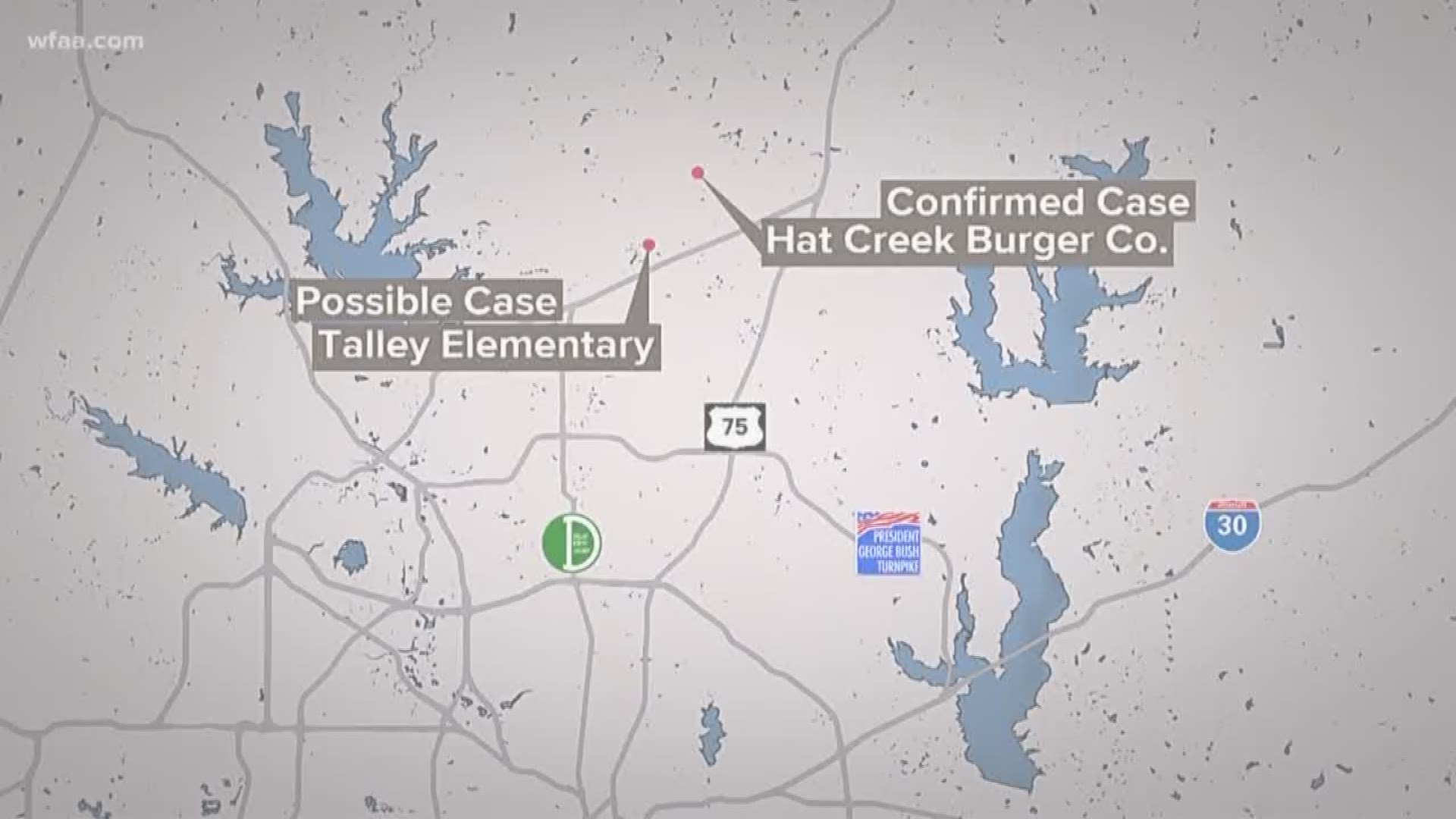 FRISCO, Texas — Collin County Health Service officials are warning parents of a elementary school student who may have been exposed to typhoid fever.

On Friday, officials confirmed a student at Talley Elementary School in Frisco was being tested for typhoid fever. They are waiting for the child's test results.

The principal of Talley Elementary School released a separate letter to parents, informing them that the district will take extra precautions to clean the schools at this time.

"While Talley is cleaned by our districts’ custodial team nightly, the extra care will be in the disinfectant being utilized more thoroughly throughout the campus. This will begin this evening and will continue until any and all health concerns have been remedied," the letter says.

Symptoms of typhoid fever may include a fever as high as 104 degrees. Patients may also feel weak, have stomach pains, headache, diarrhea, or loss of appetite and constipation, officials say.

Typhoid fever is usually spread through the bacteria of a person’s stool, according to health officials. In some cases, patients have a rash of flat, rose-colored spots.

Collin County officials are asking parents to inform the school if their child becomes ill with any of the symptoms. They are also advising children with diarrhea for longer than 24 hours to stay home.

On Friday, Collin County Health officials confirmed a separate case in which a food service worker has typhoid fever.

Officials say anyone who ate at Hat Creek Burger Co. at 3321 S Custer Road in McKinney between Aug. 19 through Aug. 22 could be at risk.

Anyone with questions is encouraged to call Collin County Health Care Services at 972-548-4707. Click here to learn more about typhoid fever.