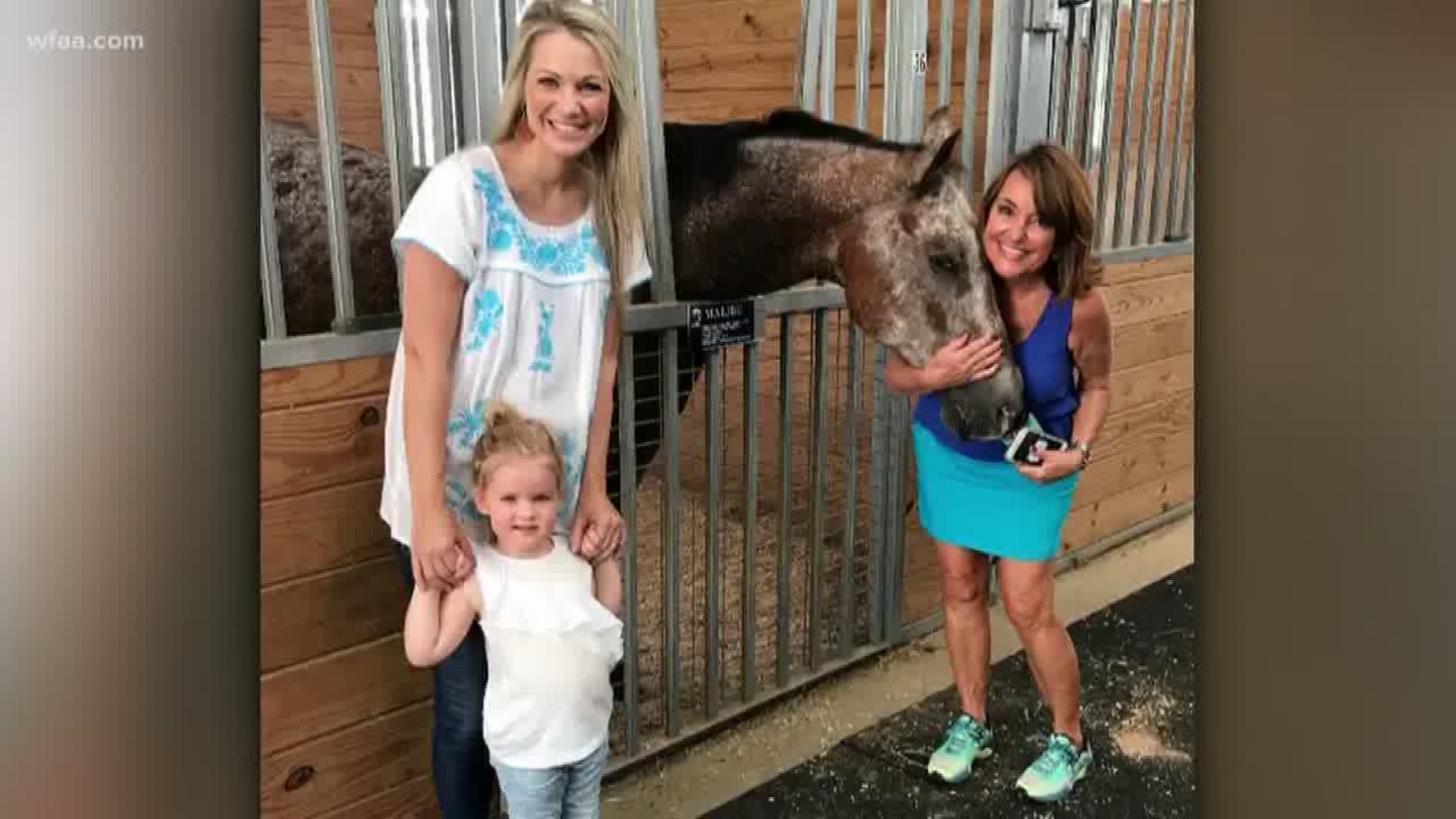 Bliss was born with Spina Bifida, a condition causing defects in the spinal cord. She had surgery on the first day of her life.

“We weren't sure if she was going to have feeling in her feet,” James said. “Because where her wound is, it can affect all of the lower part of the body."

Depending on the severity of Spina Bifida, babies can grow to have scoliosis, pain or be restricted to a wheelchair.

“We always wanted to give her the best and not ever limit what might be a possibility for her,” James said.

By three months old, Bliss had started all kinds of therapies. By age two, she was riding her first horse at Equest.

“When a horse moves and a human is on a horse and they're moving, they're stimulating many of the systems within that human body," said Lili Kellog, CEO of Equest as well as a seasoned equestrian.

Kellogg explained that through riding, a patient can develop core strength and muscle tone in the lower half of the body even in the absence of physical sensation.

That movement may be helping with more than Bliss’ physical gait.

In the six months since Bliss started riding, her mom has noticed shifts.

“It’s just been amazing,” James said. “We all come, we all watch her. Her brace used to cross and go around the ankle so she had more support. They've already cut it back down because they want her to have the ability to strengthen those muscles. At the beginning, they didn't think that she would be able to strengthen them.”

A little girl already defying odds through a joyful therapy with a name to match.