A 17-year-old says e-cigarettes landed him in the hospital. People across the country are talking about it. 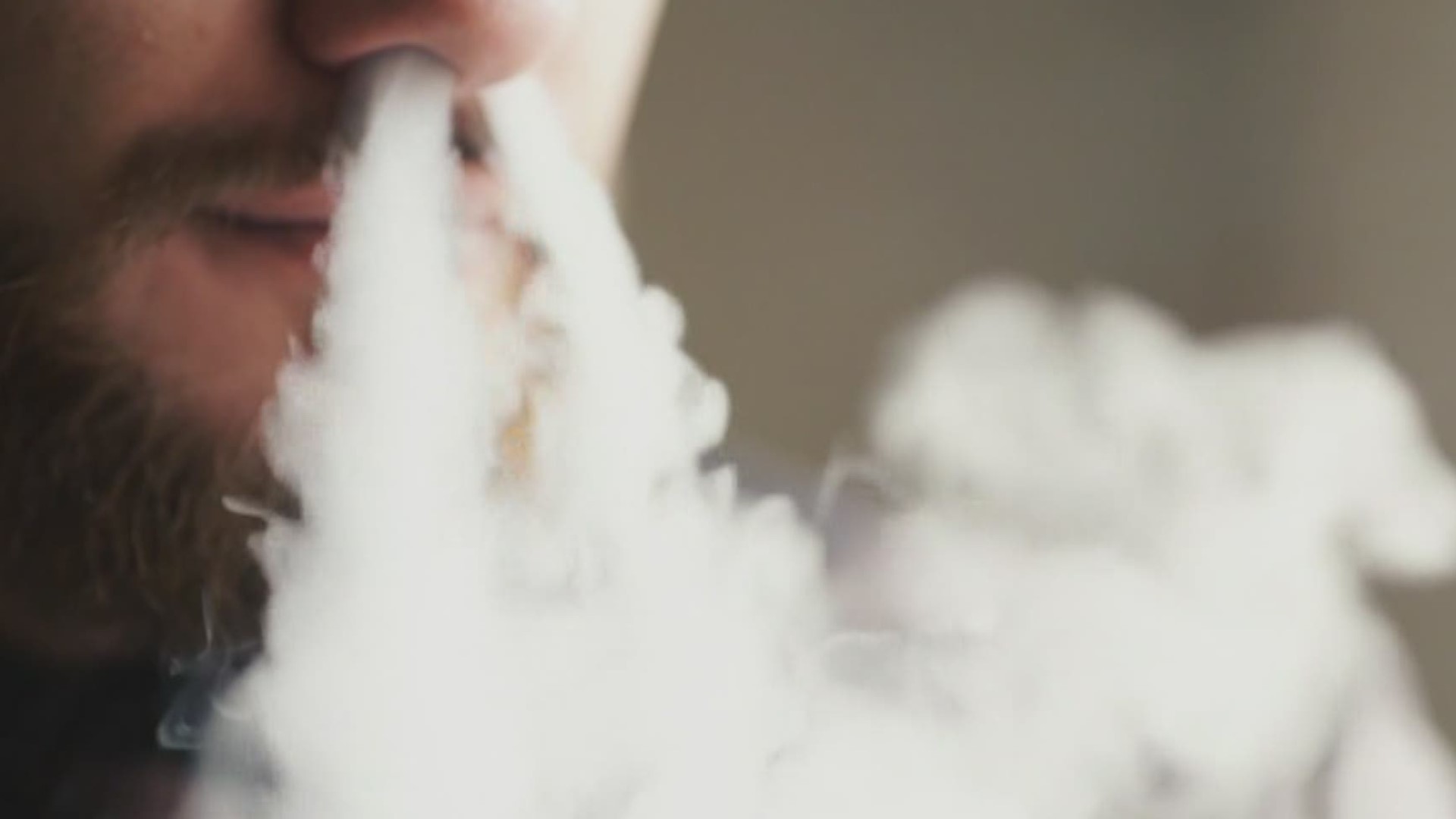 FORT WORTH, Texas — A Fort Worth teenager sparked a national conversation about e-cigarette dangers after sharing his story with WFAA.

Tryston Zohfeld, 17, says years of using of e-cigarettes caused his lungs to fail and led to an 18-day stay at Cook Children’s Hospital.

He shared his story to warn others about the dangers and it appears to be working.

“I really wish I had the knowledge that I do now,” Zohfeld said.

It appears to be working. His story is making national headlines, and drew comments and shares on social media from users across the country.

Tough conversations bring tough questions. Some posts ask how his parents couldn’t have known Zohfeld had been using e-cigarettes since he was in the eighth grade.

Dr. Karen Schultz, pediatric pulmonologist said the teen’s habit only came out with a confession at the hospital.

“His cousin came forward with the fact that they had been using e-cigarettes up in the bedroom where nobody knew what they were doing,” Dr. Schultz said.

More than 3.6 million kids and teens used e-cigarettes in 2018, according to the FDA. They’ve become increasingly popular because they’re easy to hide, and emit little to no odor, unlike traditional cigarettes.

Another question that keeps popping up on social media is how doctors are sure e-cigarettes are what caused Zohfeld’s lungs to fail.

“We eliminated everything else we could possibly think of,” Schultz said.

Zohfeld tells WFAA he went through two-three cartridges a week. That’s roughly the same amount of nicotine as seven cigarettes a day.

“His pattern of using them brought to light that that was the likely cause,” Schultz said. “Plus all the other chemicals that we don’t know what they do to your lungs.”

Zohfeld is not alone. Fifty people in six states reported breathing illnesses that may be linked to e-cigarettes. Doctors urge teens and parents, instead of waiting for proof e-cigarettes are dangerous, ask where is the proof they are safe.

“I am aware of no research for anybody to say that they are chemicals that are safe for you to inhale,” Schultz said.