Tait Cruse was diagnosed with cancer 8 weeks ago. He already lost his son, Connor, to the disease, and hopes to raise more awareness for TeamConnor with his story. 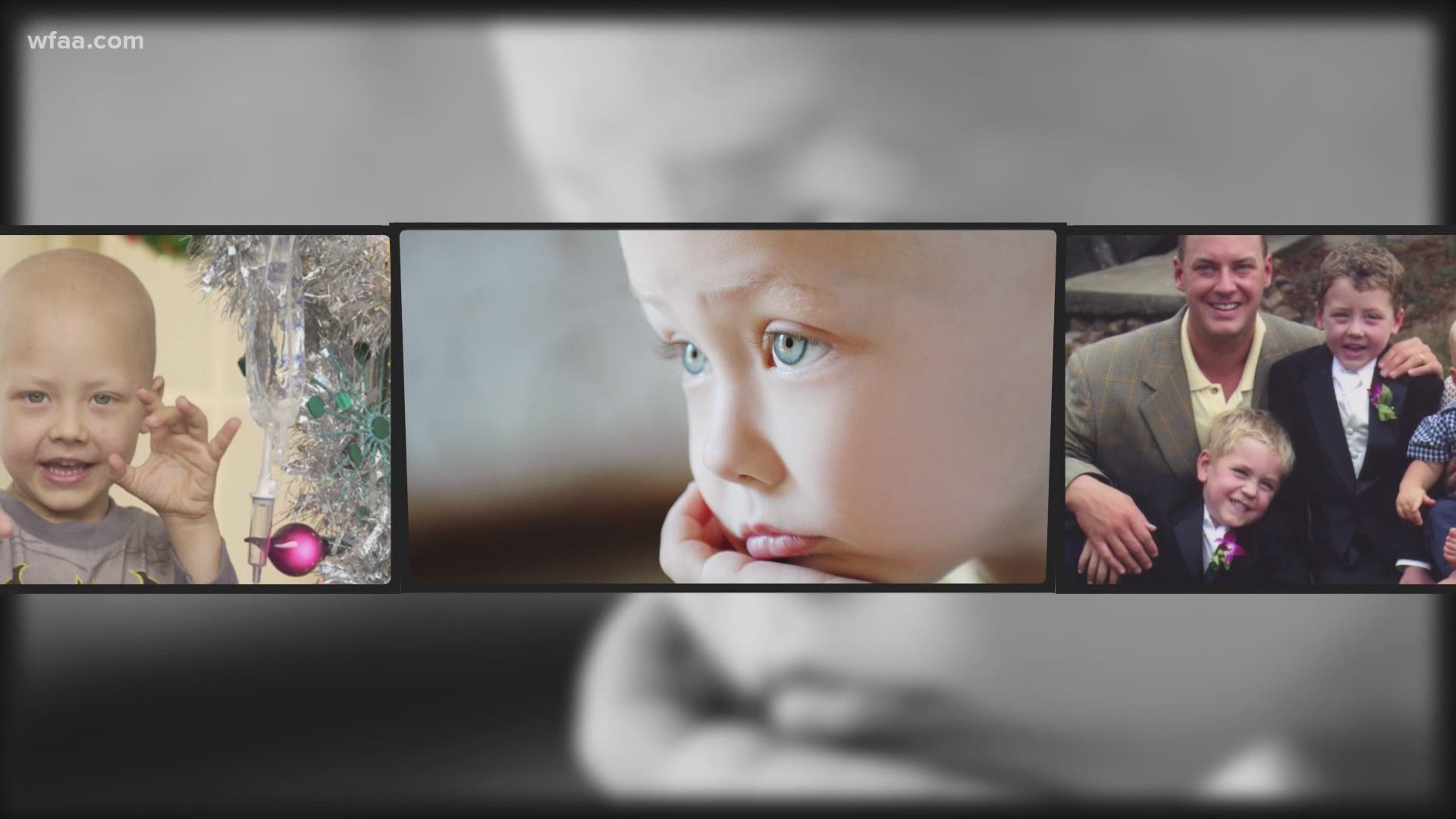 DALLAS — On the morning of North Texas Giving Day, Tait Cruse sat in his car outside of Medical City Dallas.

Tait is the father of Connor Cruse. In 2005, Connor was diagnosed with neuroblastoma. Doctors told the family he had three months to live, but Connor fought for more than four years. He beat the cancer. But soon, a malignant peripheral nerve sheath tumor was found. It was likely caused by the radiation.

Connor's family created the TeamConnor Childhood Cancer Foundation in his name. The nonprofit has raised four million dollars for childhood cancer research and hopes to raise another one million this month. Tait said every $2,500 to $3,000 dollars can help one child and their family as they battle cancer.

RELATED: 'If you still have that feeling, get a second opinion' | Mom encourages parents to be vigilant of signs of cancer in children

"Connor's wish was that no other child would go through this. And he always said if we could put a person on the moon, we can cure children with cancer," said Tait.

But now, 11 years after Connor's death, Tait is facing his own battle with cancer. He was diagnosed with acute lymphocytic leukemia (ALL) eight weeks ago.

"It's just the most ironic thing you can imagine," said Tait. He calls it ironic because ALL is a very common form of childhood cancer, one that TeamConnor has raised money to help research.

"I'm receiving the same chemotherapy that my four-year-old got," said Tait. It's humbling for him, and reminds him that so many children get cancer.

He believes his fight, although tough, is a way to continue sharing Connor's story and dream to cure childhood cancer.