Everyone is criticizing Peloton's holiday ad, but one Frisco mother saw her journey in it

"I don’t understand why we have to be a society who is so quick to judge people who are doing good for themselves," Martin said. 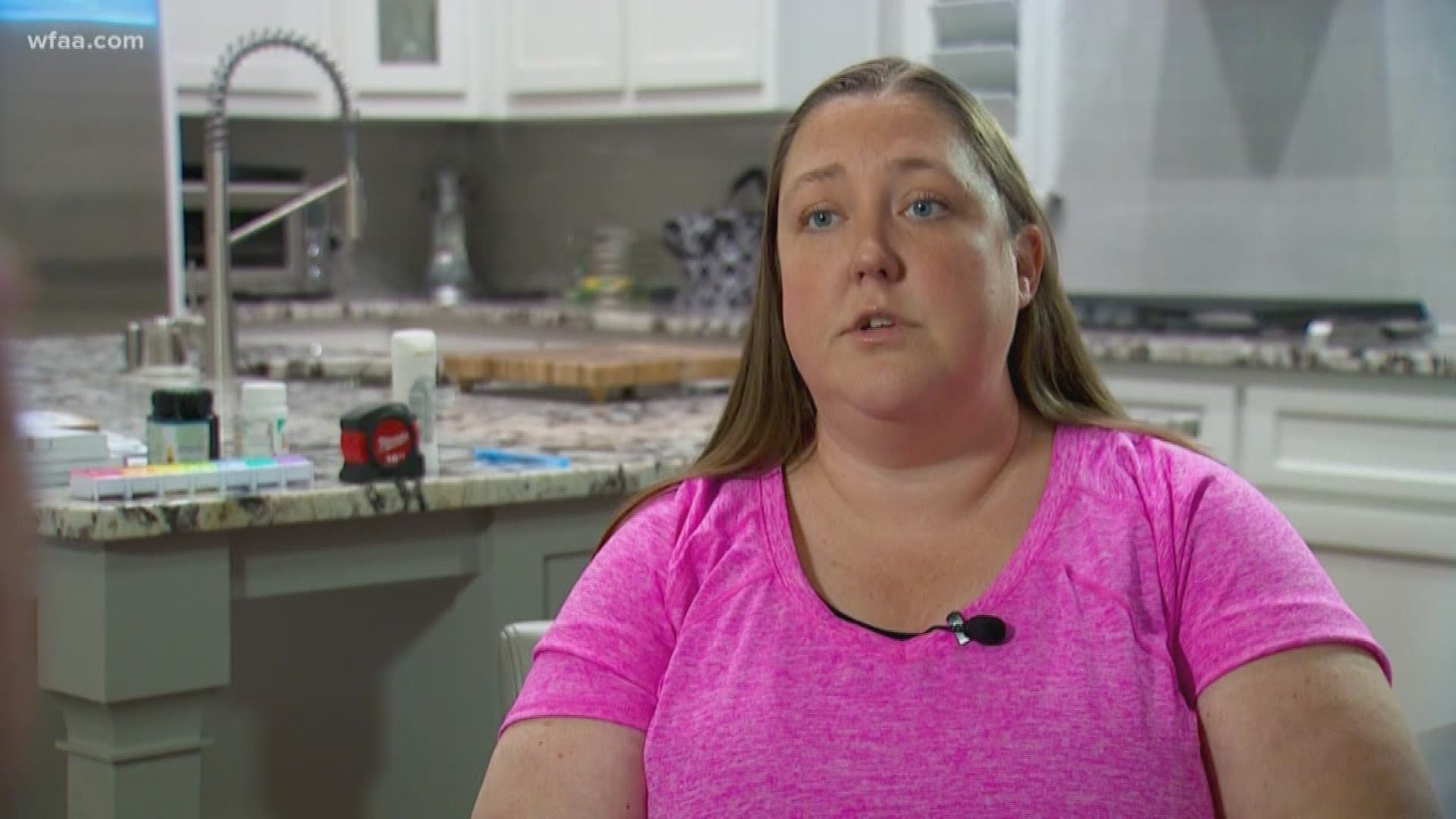 FRISCO, Texas — It's only thirty seconds long, but a well-intentioned holiday ad made by thriving exercise equipment company Peloton has rubbed a lot of people the wrong way.

However, a mother from Frisco who bought a Peloton to change her own life sees things differently.

In the ad, a husband buys his wife a Peloton bike for Christmas.

The bike, which is worth $2,245 has a sleek monitor that allows Peloton to live stream instructors hosting spin classes.

The idea is to be in a spin class without leaving the comfort of your home. A monthly membership of $39 is needed though.

The wife in the ad, who is also a mother, rides the Peloton for a year and records herself doing so with her phone.

The husband is never present in the ad except for the beginning of the commercial and at the end when the wife contently shows him her daily videos a year later.

Peloton was accused of being sexist and some even said the company was setting unfair fitness expectations for women.

Some thought it funny and others stood up for the company.

If you ask 37-year-old Richelle Martin from Frisco, the ad resonated with her.

"It was like watching my story on TV," Martin said. "Sure the ad was cheesy and it might have been bad acting but at the end of the day it's my story."

Martin will be the first to tell you that she's struggled with fitness her whole life.

"When I graduated high school, I was 250 pounds. By the time I was 30 I was 350 pounds," Martin said. "I didn't have the healthiest upbringing and have been overweight my whole life."

"I kind of looked at myself and said, 'enough,'" Martin said. "It had to stop and I had to figure out a solution."

Martin has never been a fan of gyms. She said she doesn't do well with judgmental looks and critical eyes. But working out in her own home and following a streamed class is the next best thing.

For Mother's Day, her husband gifted her a Peloton bike.

Similar to the ad.

"I had asked for it many times," Martin said. "Then he surprised me with it. It was the best gift he ever gave me. It's the best thing he's ever done for me."

Martin has since dropped 50 pounds and works out four to six times per week. Her goal is to lose 200 pounds.

Credit: Richelle Martin
Martin poses for a picture after a Peloton class.

She says her biggest motivation for her fitness journey is her son.

"I want to be here for him as he gets older," Martin said. "I see that bike, and I see how it's giving me my life back."

Martin isn't alone in her journey, she oversees a Peloton Facebook group for plus-sized riders.

It's jokingly called "XXL," but as the group has grown to 6,900 members it now stands for "Xtra Xtra Love," she said.

The group received the new branding after women and men of all sizes found it to be a safe place to share and post as they pedal.

Martin was even asked to join a panel in New York a few weeks ago that was put on for journalists by Facebook.

The idea was to show how Facebook fitness groups inspire and motivate thousands while they're moving on their own fitness journeys.

Martin even got Peloton to release plus-sized athletic wear because it wasn't available until she brought it up to the company.

"We love this brand, so we want to represent it. But when there's nothing in the store it's kind of demoralizing," Martin said. "I got to shake hands with the owner of the company and it was awesome."

Quite the journey, right?

So what does Martin think about the ad?

"What better gift is there than giving somebody health?" Martin said. "To this day I tell my husband that my bike is the best thing he's ever done for me."

Sure, the ad involves a fictional person, a fictional family, and is just designed to make Peloton money.

But the internet's collective reaction is what leaves Martin unsettled.

Adding that there are those out there just like her, just like the mom in the ad, who are on their respective journeys to better their health.

"I don't understand why we have to be a society that is so quick to judge others for doing something good for themselves?" Martin said.

"If it's not your journey then don't judge it."