"From the flu came sepsis and pneumonia," Smith explained. 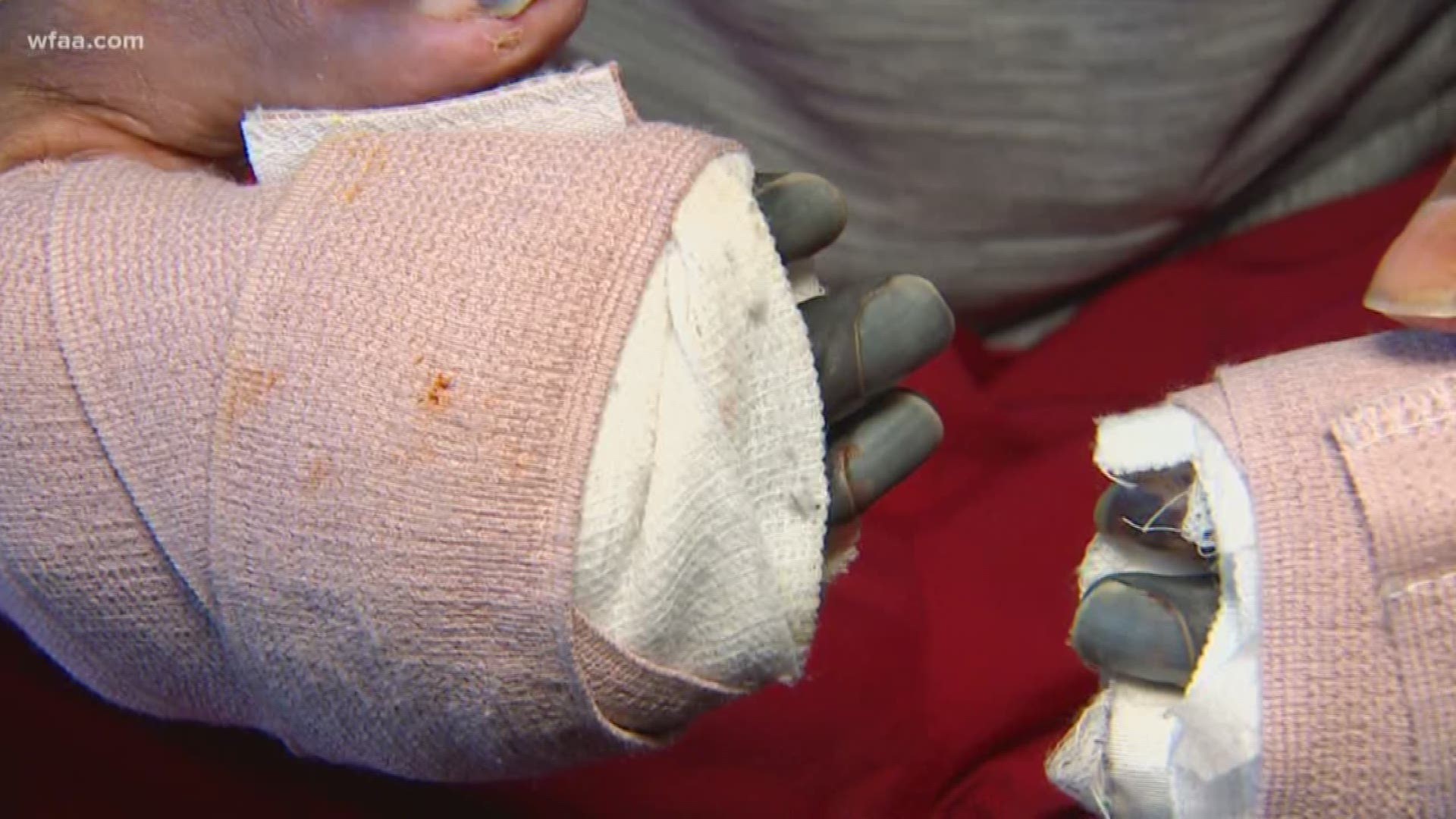 The flu epidemic is still hitting hard across North Texas. As more people complain about experiencing signs and symptoms of influenza, one Dallas man is preparing to lose some of his limbs.

Joei Smith got the flu in December 2017. He has been battling life-threatening conditions resulting from the flu for more than one month. On Wednesday, doctors will amputate Smith’s fingers. His toes may be amputated sometime later.

“From the flu came sepsis and pneumonia,” Smith explained.

The man’s hands and feet are now black, blue, and bandaged. Smith said it is a devastating and painful condition, after his flu diagnosis.

"All the fingers are basically going to be amputated," he said.

The North Dallas man said he is not exactly sure how he caught the flu, but the signs and symptoms had him concerned. "I started feeling dizziness and weakness at work,” he said. “Decided to leave work."

Smith said he waited a few hours before calling a friend to take him to a nearby urgent care center. His condition was rapidly declining, so he was rushed to an emergency room.

"First of all, I got the flu shot, so I didn't' think the flu would be so easy for me to catch," Smith explained.

Smith admits all of this has him puzzled. He had a regular physical one week before getting sick. He said he has lived a seemingly healthy lifestyle.

While being treated in the intensive care unit for the flu, pneumonia, sepsis, and kidney failure, doctors gave the man medicine to control his blood pressure.

"As a result of the drugs from the high blood pressure that they gave me, it left me with compromised limbs. My hands and my feet," Smith explained.

Now, Smith is set to have amputation surgery Wednesday morning. Though he is in pain, he said he is finding strength through faith, and a small circle of support.

Yet, knowing more than 50 adults in Dallas County have died from flu-related conditions, that is heavy on the man’s mind.

"I'm just so fortunate, that I'm able to share my story,” Smith said. “But at the same time, my heart hurts for those that didn't make it."

An extreme situation like Smith is experiencing is rare, according to Dr. Leslie Cler, Chief Medical Officer of Methodist Dallas Medical Center. Cler, who is not treating the man, said it is still valuable for people to get the flu shot.

The doctor said it is possible for someone who has the flu to get negative results from a swab test. Cler said that testing method is very technical and only catches a portion of cases. Dr. Cler advises if you are sick with symptoms including fever, chills, coughs, and body aches, chances are very likely you may have the flu.