Vaccine requirements are leading to more vaccinations, not layoffs

Most employers who have created mandates have seen 1% of employees or less leave, but it doesn't come without a cost. 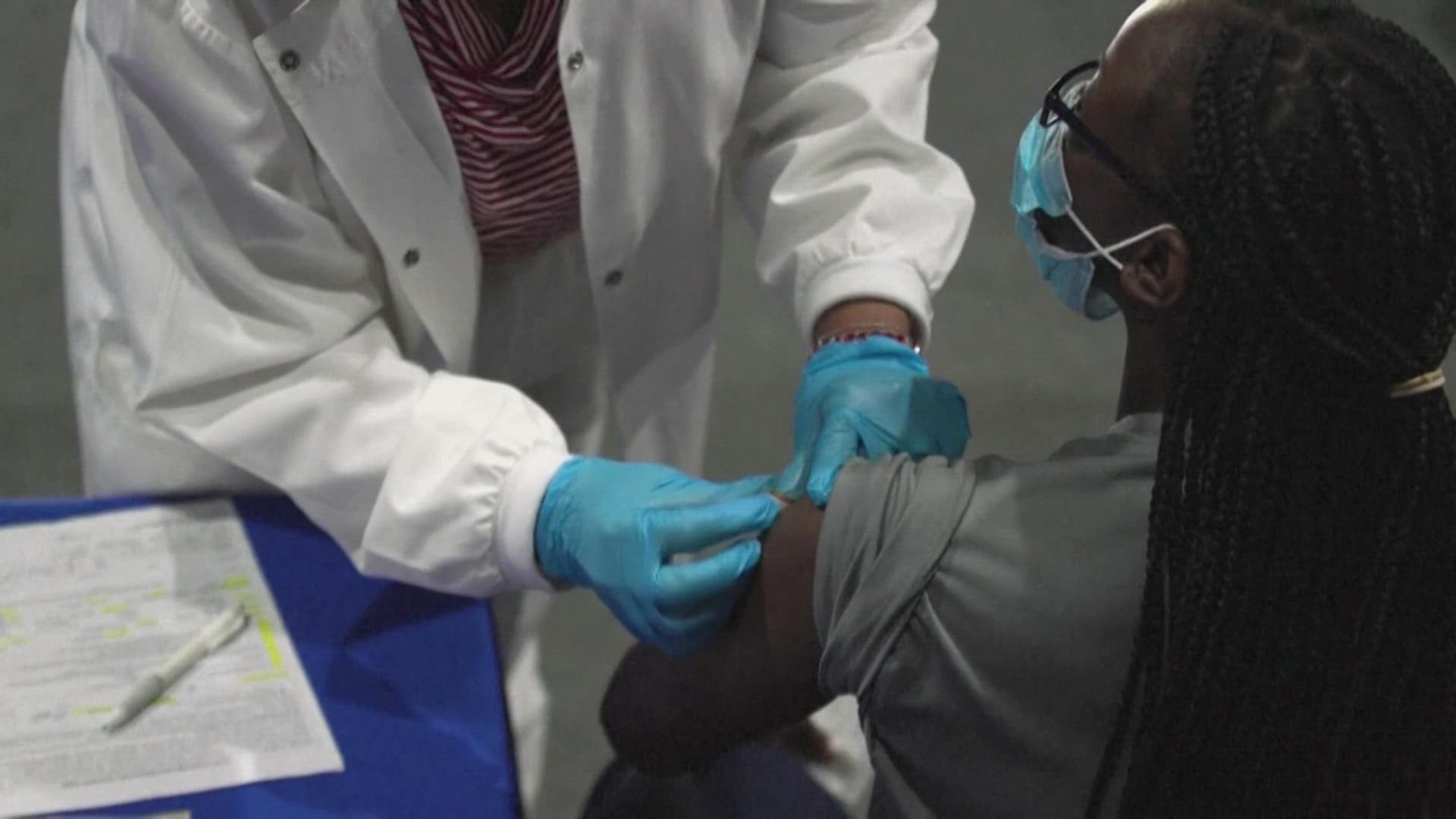 FORT WORTH, Texas — Vaccine requirements in U.S. history started even before George Washington required smallpox vaccinations for all soldiers in the Continental Army.

“This isn’t new. This is really par for the course,” Dr. Emily Brunson, a medical anthropologist and assistant professor at Texas State University said. “If you really want to get your vaccination rates up high, that is the way to go.”

Brunson studied why people make the vaccine decisions they do, and while the requirements aren’t new the intense politics around them are.

“That has not happened in modern public health in the U.S.,” she said.

At major local hospital groups, Texas Health Resources reports 0.35% of its employees aren’t vaccinated. Cook Children’s had roughly 1% of its workforce quit or fired for not following their requirement, Children’s Health had 1% of employees hold out, and Baylor Scott and White’s vaccination rate went from 71% to 98% currently.

Outside of healthcare, United Airline’s let go of less than 1% of its employees over its requirement. Southwest Airlines and American Airlines have deadlines later this year.

Tyson Foods has increased its vaccination rate from 45% or 91% in roughly two months after announcing a requirement in August.

A White House report says COVID-19 vaccines are required in 25% of businesses, 40% of hospitals and colleges and universities serving 37% of graduate and undergraduate students.

“They do work,” Brunson said. “Are people going to like them? No.”

A Gallup poll found 58% of Americans support COVID-19 vaccine requirements or testing at companies with more than 100 employees.

K-12 schools have required multiple vaccines for decades, and Texas has some of the nation’s strongest vaccination laws, but Brunson worries the political fallout could change that.

“Having the backlash and lack of support for public health measures moving forward is something to be concerned about so it’s tricky,” she said. “We don’t want to lose the battle but lose the war.”

The reasons people hold out vary from access issues to politics, and helping people understand they’re safe and effective is time consuming.

“There’s not a silver bullet. If this was an uncomplicated issue, we wouldn’t be having this issue,” she said. “We’re talking about one on one conversations. It takes an immense about of effort.”

Mandates are already being challenged in lawsuits, but they’ve stood up in the U.S. Supreme Court before with justices arguing they help the greater good.

“We are in this together,” Brunson said. “We will all win, or we will all lose.”