Joe Biden won't be going to Milwaukee to accept the Democratic nomination, while President Trump's considering giving his acceptance speech at the White House. 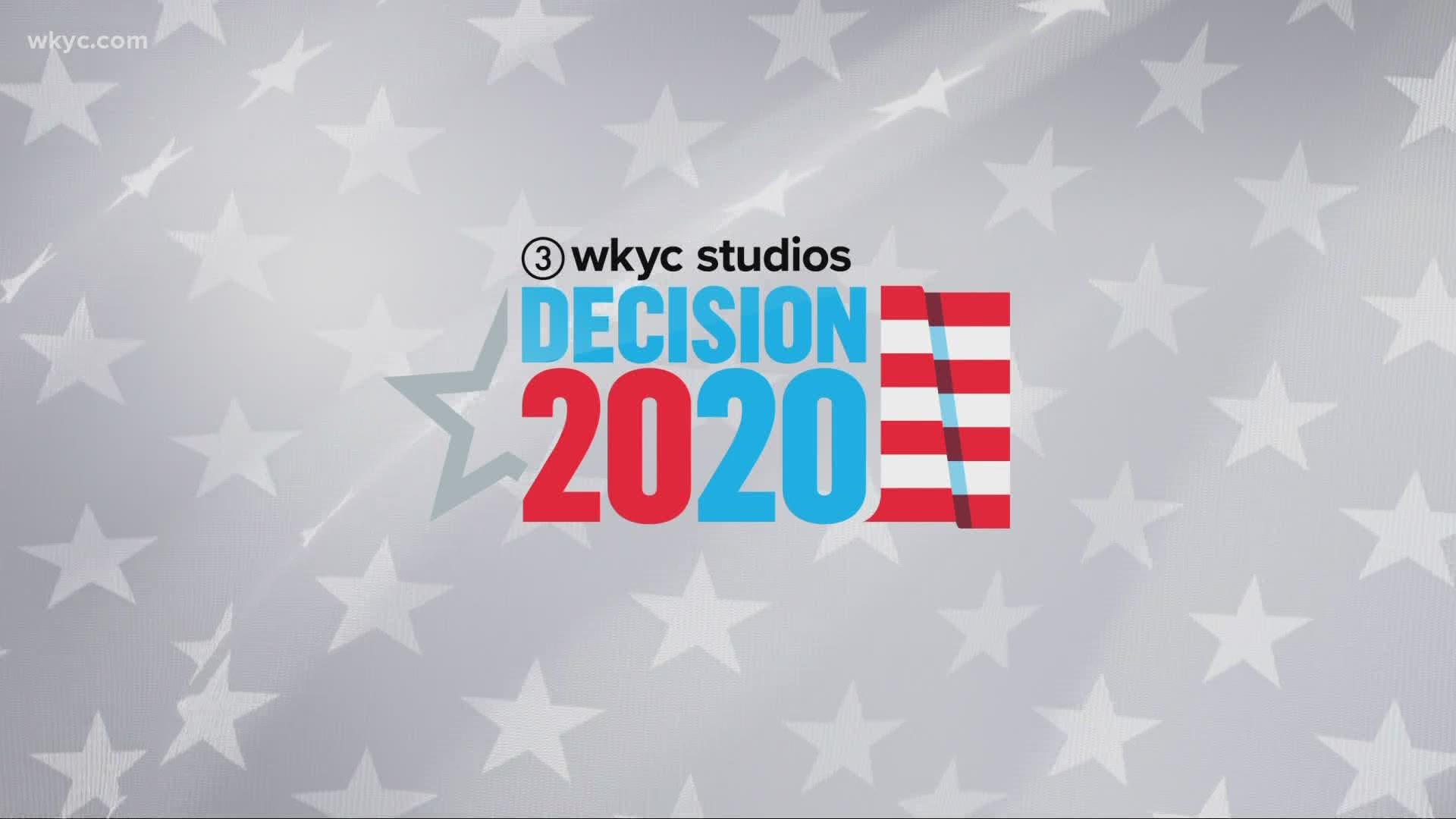 WASHINGTON — At the last minute, President Donald Trump and his Democratic rival, Joe Biden, are searching for places to impressively yet safely accept their parties' presidential nominations as the spread of the coronavirus adds fresh uncertainty to the campaign for the White House.

Trump said Wednesday he's considering giving his Aug. 27 acceptance speech on the grounds of the White House, a move that could violate ethics law. Biden, meanwhile, scrapped plans to accept the Democratic nomination on Aug. 20 in Milwaukee, where the party has spent more than a year planning a massive convention.

Presidential conventions are a staple of American politics and have played out against national traumas as significant as the Civil War and World War II. But the pandemic's potency is proving to be a tougher obstacle, denying both candidates crucial opportunities to connect with supporters in the final stretch before the Nov. 3 election.

The campaigns are looking for alternative ways to deal with the virus and still reach millions of Americans through television and virtual events. Longtime convention attendees say they'll miss the traditional festivities even as they acknowledge public health priorities.

“I was looking forward to going to Milwaukee and having a lot of beer and other snacks,” said Donna Brazile, who managed Al Gore’s campaign in 2000 and served as Democratic National Committee chair in 2016. But “if you ask a majority of voters, they’d tell you they’re more anxious about when the NFL season starts. … What’s best for the public should be best for the politicians at this point.”

“As long as they can watch it on Facebook, most voters don’t care if the conventions are in Siberia or Sheboygan,” he said.

Trump originally planned to accept the GOP nomination in Charlotte, North Carolina, the largest city in a critical battleground state. But he sparred with Gov. Roy Cooper, a Democrat, who wouldn’t guarantee the state would lift restrictions on large crowds like the scenes inside a presidential convention arena.

Frustrated, Trump declared he’d abandon North Carolina for Republican-run Florida. But then coronavirus cases spiked there and across the Sun Belt, forcing him to retreat again.

In a phone interview with “Fox & Friends” on Wednesday, Trump said the first night of GOP programming would originate from Charlotte but the rest would be shown from various locations, including potentially the White House.

“I’ll probably do mine live from the White House,” Trump said, but he also said it was not locked in.

He provided few other details on the convention whose programming, like its location, has been in flux. Trump said first lady Melania Trump would speak, as well as pro-Trump Reps. Jim Jordan of Ohio and Matt Gaetz of Florida.

Holding such an event at the White House would mark the latest test to both norms and laws prohibiting the use of government property and personnel in campaign activities.

Trump himself is exempted from the Hatch Act, which limits the political activities of federal employees. It also does not cover “rooms in the White House or in the residence of the vice president, which are part of the residence area or which are not regularly used solely in the discharge of official duties.”

Still, the event in the White House complex would surely raise ethical and legal concerns, including for staff members who would be involved.

“If for some reason somebody had difficulty with it, I could go someplace else,” Trump said. “The easiest, least expensive, and I think very beautiful would be live from the White House.”

“If I use the White House, we save tremendous amounts of money for the government in terms of security, traveling," he said.

Biden hasn’t been so publicly reluctant to scale back his convention, expressing doubts about a full arena even before Democratic National Committee officials made the move toward a virtual event.

But those who know him say a lost convention still has to rank as a personal disappointment for a man who calls himself a “tactile politician” and who first sought the presidency in 1988. Biden has been on the convention stage twice as the vice presidential nominee for Barack Obama.

In late April, when Democrats first started acknowledging the likelihood of a drastically altered convention, Biden’s team put together a slickly produced 45-minute show marking the one-year anniversary of his campaign launch. It featured top supporters, video from a year of campaigning, some biographical tidbits about the candidate and then Biden addressing supporters alongside his wife, Jill Biden.

Those kinds of effects and approaches could be repeated even without a traditional convention stage in an arena or stadium.

The major parties have always convened every four years, even in 1864 and 1944 during wrenching wars that affected the entire nation.

However, the political extravaganzas have been declining in practical importance and viewership in recent decades. The modern primary process, developed over the 1960s and 1970s, ended the practice of conventions serving as the proverbial if not literal smoke-filled rooms where nominees were chosen, often taking multiple ballots cast into the wee hours of the morning.

Still, conventions have remained as opportunities for tens of thousands of delegates, elected officials, party bosses, rank-and-file activists and media to gather, even if the nomination vote was a formality.

Nominees have used the affairs to shape their messages and identities for the general electorate. George H.W. Bush came to New Orleans in 1988 to establish a brand separate from his two terms as Ronald Reagan’s vice president. Four years later, Gov. Bill Clinton’s campaign unveiled his famous biographical video as he dubbed himself a “boy from Hope,” his Arkansas hometown.

Keynote speakers, chosen by the nominees, have used the convention stage as launchpads, too, most notably when Obama, then a state senator running for the U.S. Senate, took the stage in Boston in 2004. Four years later, he walked out to a full outdoor stadium — a remarkable scene in the annals of presidential conventions — in Denver.