The order from Gov. Greg Abbott allows 1,100 Texas bars that have reopened as restaurants, as well as existing restaurants, to expand capacity to 75%. 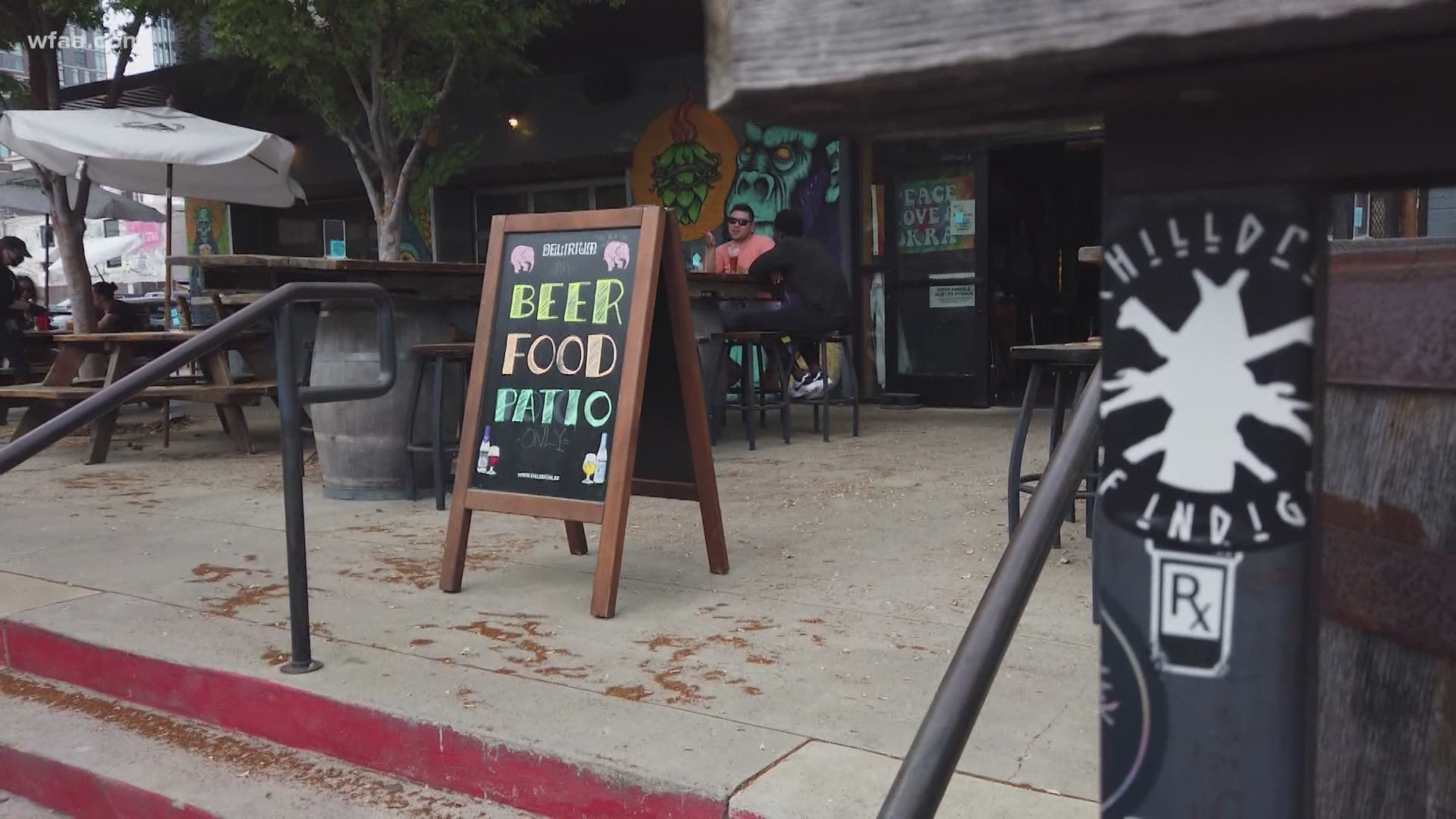 DALLAS — Most people who survive in the restaurant industry have two common traits, according to Kyle Noonan, owner of The Rustic and other North Texas restaurants.

Noonan says the ones who make it have passion and are tough as nails.

2020 has put the industry to the test like no other year.

In March, as COVID began spreading in Texas, the state ordered restaurants to shut down to all in-person dining.

In May, Gov. Greg Abbott allowed restaurants to reopen for dining at limited capacity and on May 22, bars opened at 25% capacity. By early June bars had expanded to 50% and restaurants to 75%.

But cases of COVID began spiking in Texas in mid-June and at the end of the month, the governor shut down bars completely and cut restaurants back to 50%.

RELATED: Most businesses in the Dallas-Fort Worth area can expand to 75% capacity, Gov. Abbott says

Effective Monday, September 21, restaurants and other businesses across North Texas can expand to 75 percent capacity again, according to Abbott.

Noonan’s establishments are mostly large, open air venues, he said, which has made capacity limits easier to manage.

But he knows some of his peers aren’t as fortunate.

“It is hard to get the 75% or 50% capacity in a smaller, mom and pop café or restaurant while still maintaining 6 feet social distance,” he said.

Under Abbott’s order Texas bars must remain shut down.

“Gov. Abbott's actions today are unacceptable,” said Michael Klein, founder and president of the Texas Bar and Nightlife Alliance. “At his hand alone, bar owners are having their livelihoods destroyed and are losing everything without being given a chance at reopening in a safe and responsible manner.”

The Texas Alcoholic Beverage Commission said there are approximately 7,000 bars in the state.

The state allows for bars to reclassify as restaurants if at least 51% of their sales start coming from something besides alcohol – that can be food or merchandise or cover charges.

All of those bars that have reclassified can expand to 75% capacity.

“It is absolutely ridiculous that a bar that serves 'enough' food is now allowed to open to 75% capacity, but regular neighborhood bars without the means to obtain new government permits or offer food items cannot open their doors at all,” Klein said.

Abbott said bars are “nationally recognized” as places where COVID can spread.

“If restaurants aren’t following those standards, those restaurants stand to lose their license,” he said.

But the Texas Restaurant Association disputed that study, pointing out Texas restaurants were not included and no correlation between dining out and testing positive was proven.

Noonan said his entire industry is simply trying to survive right now, so the governor’s expansion of capacity will help.

“At least a third of our industry is not going to make it out of this,” he said. “To see it all disappear for something they didn’t do wrong is really sad.”