Texas tenants behind on rent will soon be able to seek aid from $1.3 billion assistance program

The statewide program should start in two weeks and could help with up to 15 months of rent for tenants that have felt the impact of the pandemic. 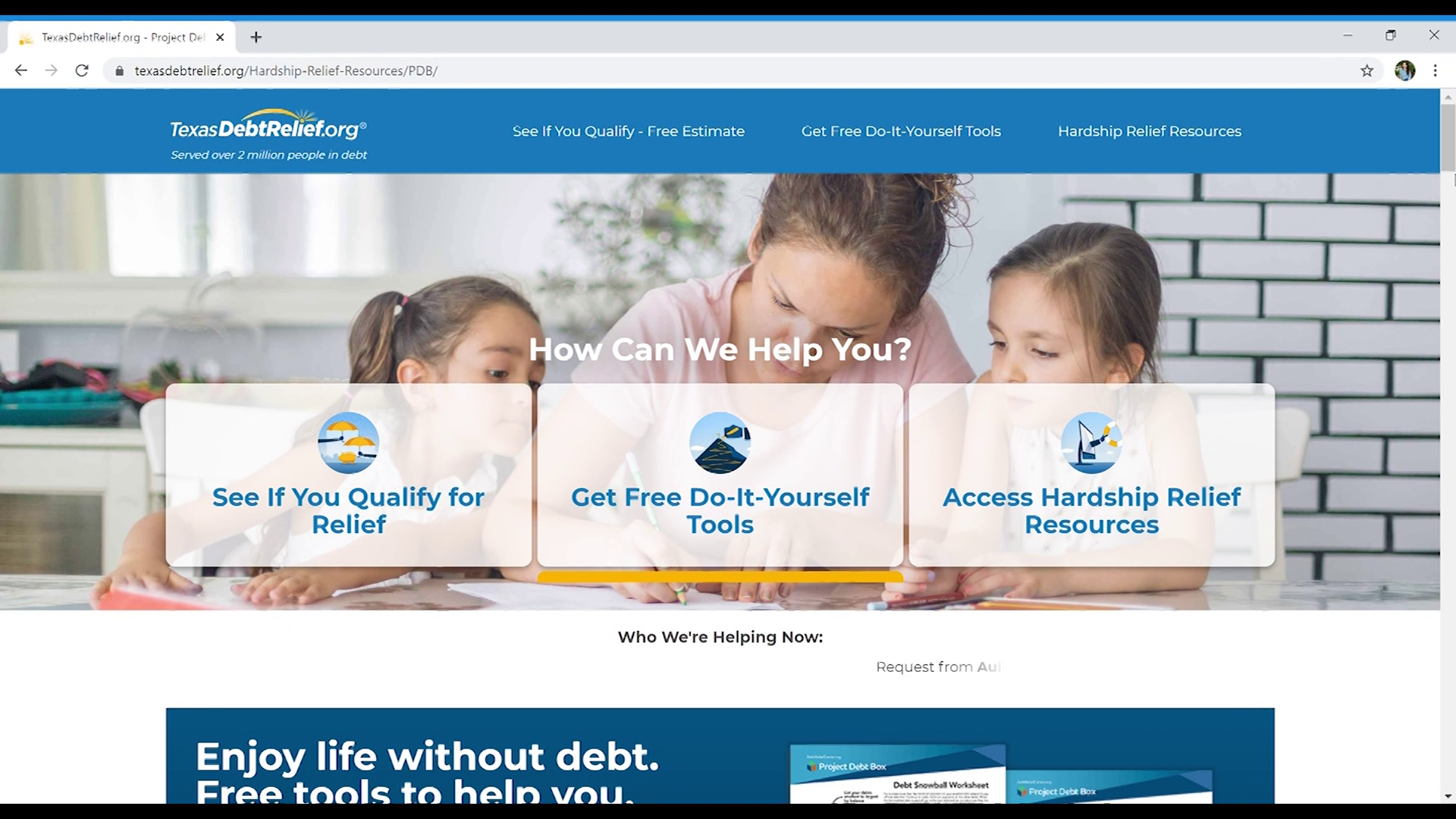 AUSTIN, Texas — State officials plan to roll out a $1.3 billion rental assistance program for Texans struggling to keep up with housing payments during a shaky economic recovery from the coronavirus pandemic. The new program comes after a separate state initiative was criticized for its limited scope and because many landlords declined to participate.

More than 1.6 million Texans had little or no confidence in being able to pay next month’s rent, according to a January survey by the U.S. Census Bureau.

Assistance for the new program will only be available to households that make no more than 80% of the area’s median income, which varies by county and by the number of members in a household. In 2020, for example, the threshold for a family of four in the Houston area was around $63,000.

The new program, which is expected to start in two weeks, will help with up to 15 months of rent, both for past or future payments. According to the Texas Department of Housing and Community Affairs, around 80,000 households will be able to receive assistance. Both landlords and tenants will be able to apply. Once the program is running, the payments could take up to two weeks to reach the tenants or landlords if the paperwork is filed correctly, said Brooke Boston, deputy executive director of programs at the agency.

The program comes after renters have spent months depending on local funds and nonprofit organizations for rental assistance. Many of those programs were quickly depleted.

In October, the state created a separate pilot program for assistance in 19 counties. This initiative, called the Eviction Diversion Program, has been available for tenants in specific county courts when they were going through the eviction process. To get the funds, landlords would have to agree to participate in the initiative in front of the justice of peace.

“My general impression is that it is not working very well, and that’s primarily because landlords are not interested in participating in the program,” said Matt García, staff attorney for Texas RioGrande Legal Aid, last week. “Oftentimes the justice of the peace asks both parties if they are interested and landlords don’t want to, and it ends the conversation there.”

That program dedicated $3.3 million to pay up to six months of rent for tenants. As of Dec. 31, it had distributed $1.3 million among 235 households across the state, although TDHCA officials say that most funds are already committed by now. Since the first round has been mostly depleted, TDHCA has already announced a second round of more than $36 million in rental assistance that will be distributed through 45 cities and counties.

Housing advocates not only criticized this limited coverage, but also that the first round of funds required the landlord’s approval.

García said that out of all his eviction cases, no tenants have been able to receive the funds.

“It was kind of a last minute Hail Mary to help somebody out, but it's better to get rental assistance early on,” said Bobby Wilkinson, executive director of the TDHCA. “We hope to catch as many people as possible before they ever get to that stage with our [new] statewide rental assistance program, but we're going to keep some of that money for the people that fall through the cracks.”

According to the U.S. Treasury Department, which is providing funds for the new program, it only applies to rental units and tenants have to show that they have qualified for unemployment benefits or experienced financial hardships due to COVID-19. Applicants also have to demonstrate that they are in risk of experiencing homelessness or housing instability.

“It does sound promising,” said David Mintz, vice president of government affairs for the Texas Apartment Association, which represents landlords across the state. “We are hopeful that this is going to help fill part of the need that is out there.”

Housing advocates, which have warned about the challenges of previous programs, also cheered the creation of the new program.

“I think it’s fantastic. We are finally getting a rental assistance program to the scale and the magnitude of the crisis,” said Eli Barrish, policy analyst at the housing advocacy organization Texas Housers. “The biggest issue of the previous program is that it was so little money. We finally have something that is equal to the task.”

TDHCA will centralize the application process through a website and a call center. One concern is that high demand could overwhelm the call center and website, like what has happened with unemployment benefits throughout the pandemic.

Bobby Wilkinson, from TDHCA, said that the agency is working to be ready, and that the call center will have a capacity of “a few hundred” workers.

“I would say to [tenants] be patient, help is coming, work with your landlords. And to landlords, I would say don't file evictions, work with your tenant and apply for this new source of money to make yourself full,” Wilkinson said. “You'll get some back rent and some rent looking forward. This is going to be a good tool to help everybody.”

Advocates, though, still worry about renters who don’t have reliable internet access.

“There needs to be ways to access the program other than the online portal, because of the digital divide. We also need it to be language accessible,” Barrish said. “It’s incredibly important that this happens quickly.”

“For those with technological challenges, call center staff will be available via phone to help with the application process,” she said in an email.

Information about how to apply and who is eligible will be available in Spanish, and the agency is looking to provide it in other languages like Mandarin and Vietnamese.

Tirloni said TDHCA will also advertise the program and work with organizations like the Texas Affiliation of Affordable Housing Providers to get the word out to potential beneficiaries.

But it is not yet clear if the website will be fully translated. The agency said they are still working on such details with their vendor. Translation services also will be available for people who speak other languages through the call center.

Tirloni said that the agency will gather racial and income data that would allow them to evaluate the programs' reach.

But Barrish is concerned that Black and Latino Texans will face a difficult time accessing the program, just as they have experienced challenges accessing vaccines.

“We need to make sure that the same doesn't happen with rent relief,” Barrish said.