As of Friday, June 12, the state is allowing restaurants to expand dine-in capacity to 75 percent 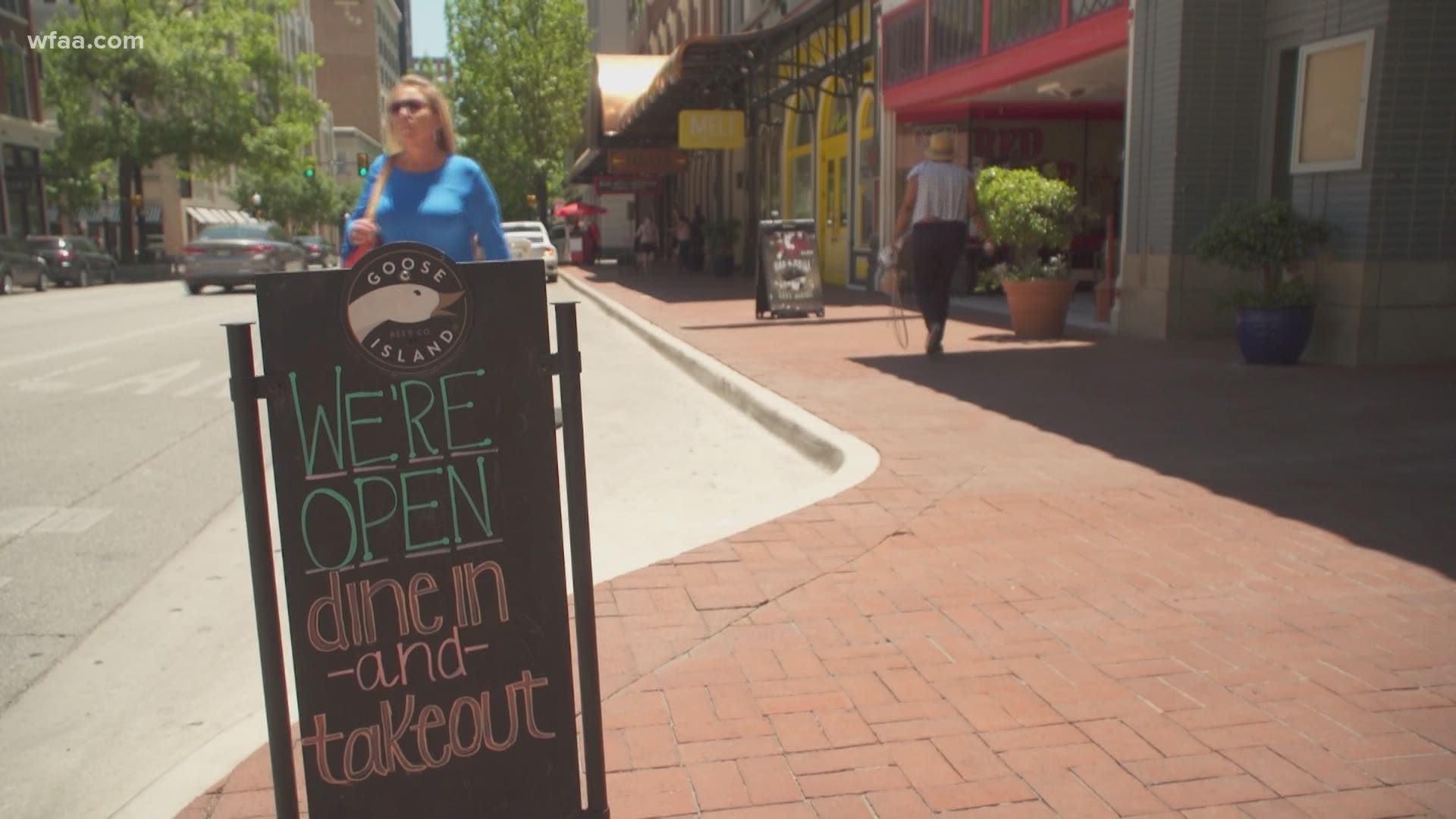 FORT WORTH, Texas — At Cat City Grill in Fort Worth, being able to open their dining room at 50% capacity this month has been a saving grace.

"I do see glimmers of hope," said owner Martin Thompson. "The past two Fridays there's been some energy in the building. I used up every table I could."

But as much as he wants to keep growing capacity, Thompson says that's not likely any time soon, even though the state has given the green light for 75%.

"Until six-foot distancing goes away, I can't do any more than 50%, really, in the dining room," Thompson said Friday.

He just doesn't have the room for more customers, he says, if he's to abide by the state's six-foot distancing standards.

And Thompson thinks the same is likely true for many other smaller mom-and-pop spots.

"No matter how hard and fast the city's enforcing the rule, customers are looking for that six-foot separation," said Bud Kennedy, Fort Worth Star-Telegram food and restaurant columnist.

For some larger restaurants, things are starting to feel a bit more normalized. Kennedy points out that valet parking is back in downtown Fort Worth outside restaurants. And WFAA reported Thursday that places like the Shell Shack in Plano are opening to 75%.

But as Rosako's Soul Food and BBQ in Bedford, owner Rosako Bailey says space limitations plus COVID-19 concerns have kept him from reopening dine-in altogether, even though his business is suffering.

"Right now, until they get a hold on actually what's out in the community, I'm just curbside or takeout," he said.

At Cat City Grill, Thompson says they're doing everything in their power to stay safe.

"We're all wearing masks, hand sanitizers throughout the restaurant," he said.

But for his restaurant, he's waiting to open at 100% capacity.