COVID survivor finally out of the hospital after 167 days

Doctors told the family of Muriel White that she would not survive COVID-19. More than five months later, she is back with her family again. 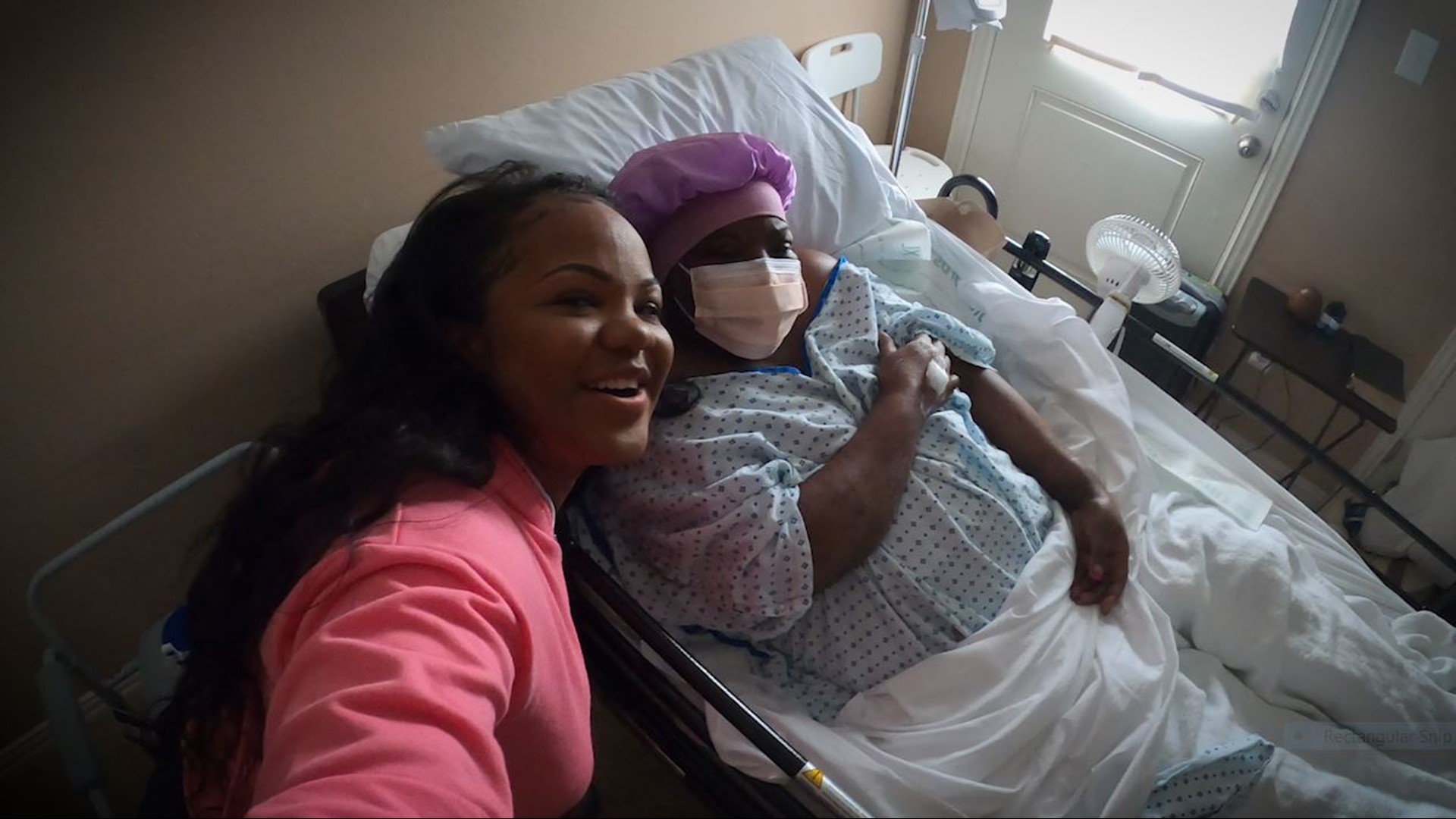 GARLAND, Texas — Weeks into her battle with COVID-19, a doctor told the family of Muriel White, 69, to prepare to say goodbye. But more than five months later she is alive and finally out of the hospital for the first time.

"They said she was not going to make it. There was no way," Garland resident Amanda Johnson said of her mom.

Originally hospitalized in her home town of Lake Charles, Louisiana on April 6th, Muriel White suffered multiple organ failure, respiratory failure, and had to be fed with a feeding tube.

"So she was in ICU from April to June 5th," her daughter said. "She was on dialysis for 56 days. The pulmonologist said she was 100 percent mortality. He wanted to tell us to stop aggressive treatment and let her transition, to die basically. And if she did make it she would be nothing more than a vegetable. That's what he told us."

"It was excruciating," she said of the hospital restrictions that did not allow family members to be by her side. "Especially when she was in ICU we might get a call at midnight saying, 'I don't know if she's going to make it through the night.'"

"To go from independent to dependent in a day is just something you can't prepare for."

But Muriel fought and her family fought for her. She was moved to a long-term care facility in Lake Charles where she began to show improvement. But after she and other residents of the facility were evacuated to Bossier City in August with the approach of Hurricane Laura, Johnson says her mom began to decline. So the family sought a transfer to get her closer to them and Muriel White was moved to Baylor Scott & White Medical Canter Lake Pointe in Rowlett.

And then on Tuesday of this week, medics transported her to her daughter's home in Garland. It had been a total of 167 days since she entered a hospital.

"It's a really exciting day. It's a really exciting day," one of her granddaughters said as they held signs to welcome their grandmother home. Amanda Johnson says her mom, still weak and still relying on a feeding tube, still has weeks of recovery ahead of her. But that she's alert, talking, and more concerned about how her extended family is handling the COVID-19 impact.

"How good God is," Johnson said her mom tells her. "And how happy she is now to be home."

"My hope is that she gets back to the level of independence she had prior to COVID. That is my hope for her."

Muriel, who runs a restaurant with her husband in Lake Charles, still hopes to improve enough to return home. And her family, after a five-month battle, hopes you listen to their hard-earned free advice.

"That it is a very dangerous, deadly disease," Johnson said when asked to offer her best advice.  "I would just say love the people around you like it's their last day every day because you never know when something like this could happen."