COVID-19 updates: Collin County says it has 'no confidence' in state data

Counties have updated case numbers after a dump of backlogged COVID-19 positive cases across the state due to coding issues and a system upgrade. 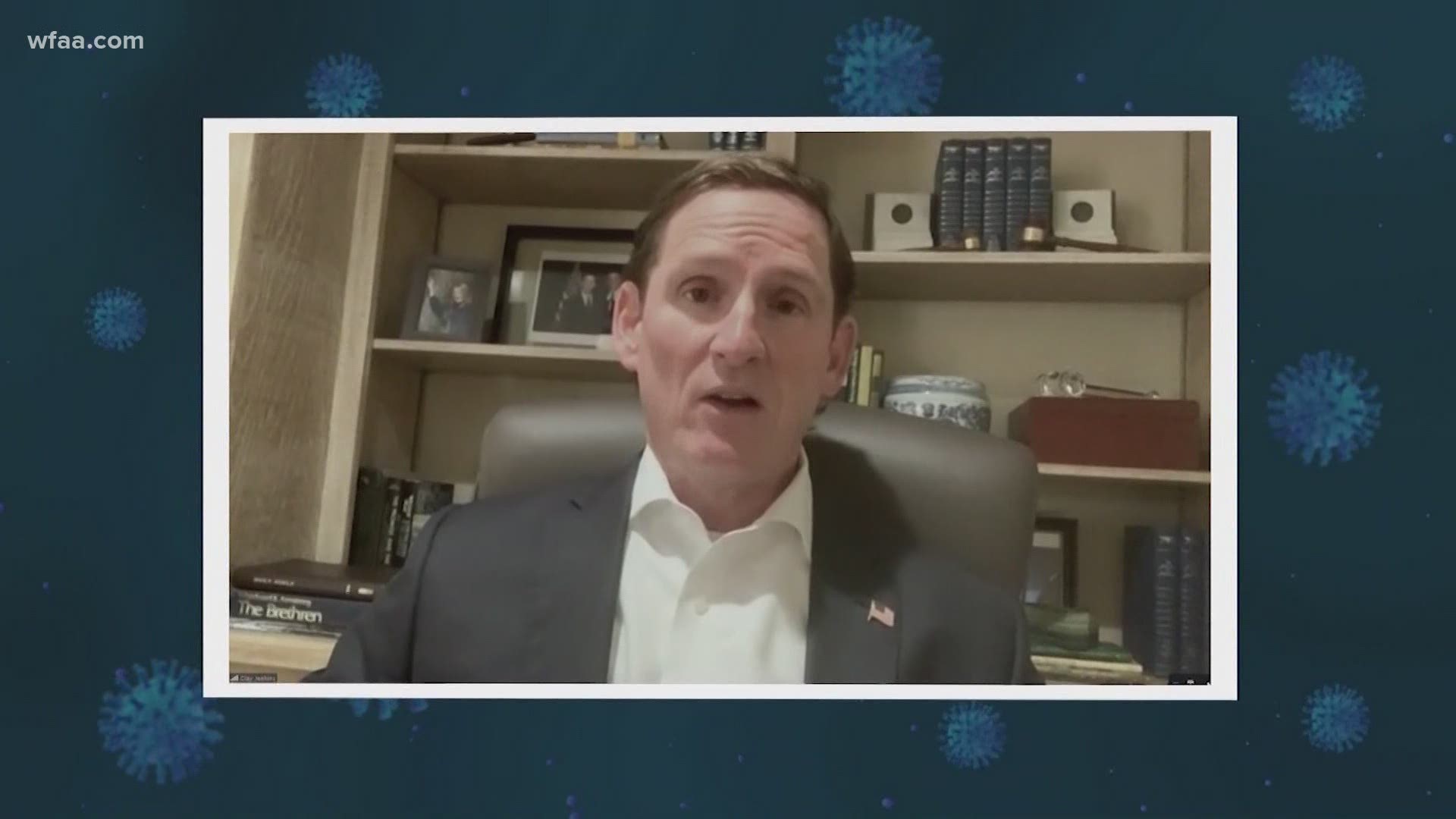 Collin County health officials say they have "no confidence" in the state's COVID-19 cases following a dump of backlogged positive coronavirus cases across the state due to coding issues and a system upgrade.

Collin County has been relying on daily updates on their COVID-19 data dashboard from the Department of State Health Services.

The dashboard says this as of Tuesday: "Warning: Collin County is providing COVID-19 numbers and data as a convenience to our residents. However, because we have been made aware of inaccuracies in the Department of State Health Services’ reporting, we must advise residents that Collin County has no confidence in the data currently being provided to us."

A computer upgrade at the Texas Department of State Health Services uncovered 350,000 tests that had previously been unreported to local counties and had not been included in the totals released to the public.

The state notified Dallas County of a total of 5,361 additional cases on Sunday. The county said 4,298 of those patients tested positive in July. The rest came from March, April, May and June.

According to Dallas County health officials, the patients had received their positive test results but the counties where those patients live had not been notified.

The state's seven-day rolling positivity rate was also affected through coding errors from two labs and a system upgrade. It caused an artificial 24.5% positivity rate. The rate dropped to 16% Thursday and Friday.

There have been 66,065 total cases and 839 deaths reported since tracking began in March.

The latest deaths were reported in people who had underlying health conditions, according to Dallas County officials.

The county has a total of 38,476 cases and 462 deaths since tracking began in March.

The most fatalities have been in the 65 and older age group, according to the county.

The county has 90 deaths and 8,584 confirmed cases since tracking began in March.

If Texas were a country, it would rank 6th in cases and 13th in fatalities.