COVID-19 updates: 'Now is the time for patriotism and sacrifice' Dallas County judge says as cases expected to climb

Clay Jenkins urged people to make "smart" and "unselfish" decisions in the days ahead in order to save lives "that you don’t even know," as well as your loved ones. 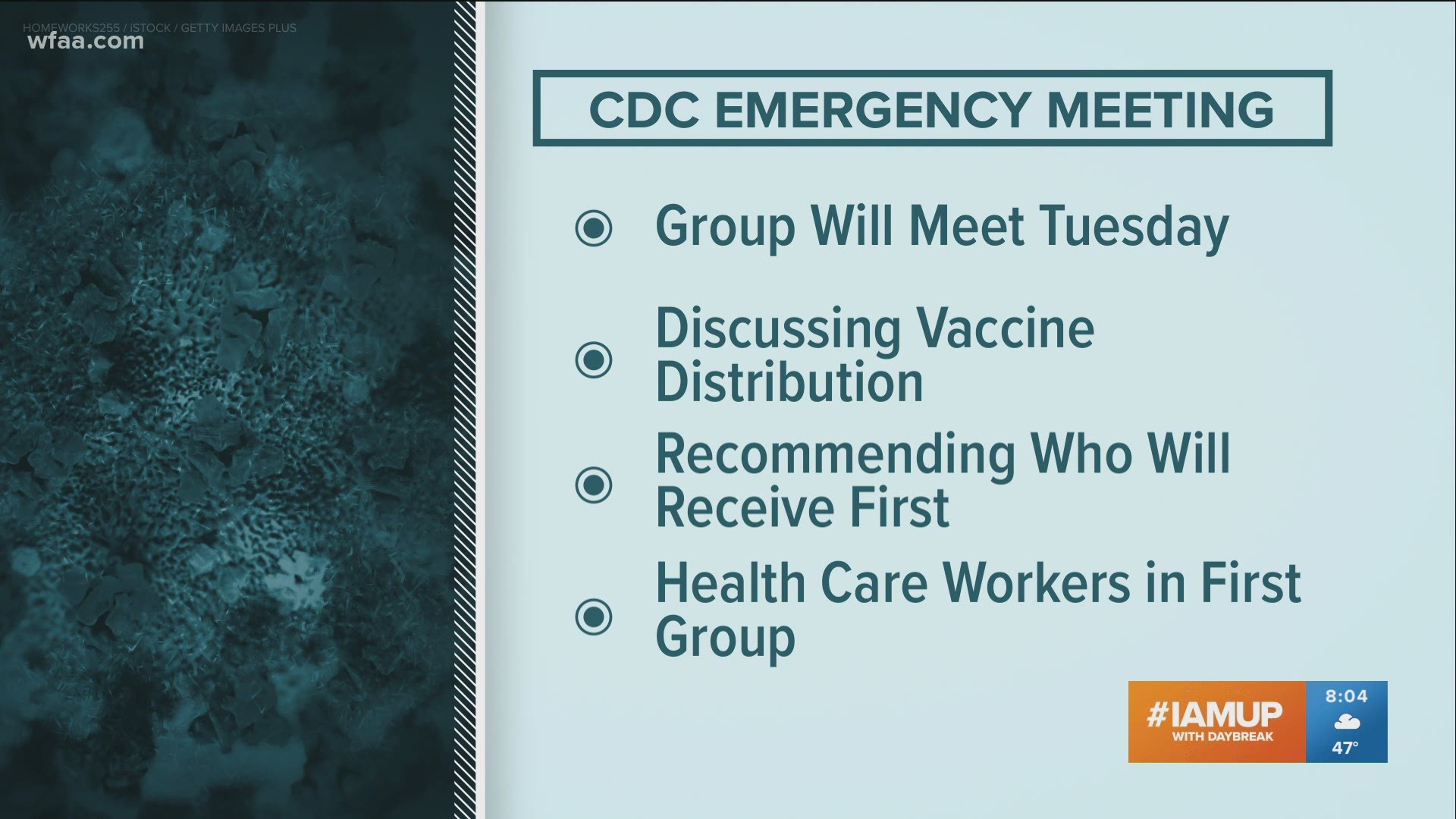 More than 3,300 new COVID-19 cases were reported in Dallas County over the past three days, officials said, and six more people have died from the virus.

While that number, spread out over three days, is lower than what the county had been averaging for the past week, Jenkins said it probably was more an indication that less people were getting tested due to the holiday and facility closures.

"We’ll have more accurate numbers again on Tuesday and Wednesday and begin to see any effects from the Thanksgiving holiday by next Friday and into the weekend with a full realization of any uptick manifesting itself by the following weekend," he said.

Still, the county is already experiencing its highest case rate since the beginning of the pandemic, officials said.

The provisional seven-day average the county uses shows an increase to an average 1,405 daily new confirmed and probable cases, or a rate of a little more than 53 new cases a day per 100,000 residents in Dallas County.

Among the increase is school-aged children, county officials report, with a three-fold increase in cases since the first full week of October.

The provisional total in the past week was 1,282 confirmed and probable cases in children 5 to 17 years old, which officials said was 50% higher than what was reported during the second highest peak week of cases in July.

Since the start of November, more than 630 separate K-12 schools the county have reported a total of 3,630 cases among students and staff, while there have been 130 cases reported across 97 daycares in the county, officials said.

The past 30 days have also seen the highest number of long-term care facilities with active outbreaks of the virus since the pandemic began, according to county officials. Ninety facilities across the county have reported 818 cases, including 309 staff members. Forty-eight people were hospitalized and 29 have died, including two staff members.

The six additional victims had all been hospitalized before they died and all had underlying high-risk health conditions, officials said.

Jenkins urged people to make "smart" and "unselfish" decisions in the days ahead in order to save lives "that you don’t even know or... spare your family and loved ones heartache."

"Now is the time for patriotism and sacrifice for the greater good of your community, your state and your country," he said.

The county's 14-day COVID-19 average is currently 323.36. Excluding days where there were data dumps, that is the county's highest 14-day average.

There are also currently 276 hospitalized with COVID-19 in Collin County, up from 267 hospitalizations on Saturday.

Collin County has had more than 200 people hospitalized with COVID-19 since Nov. 9.