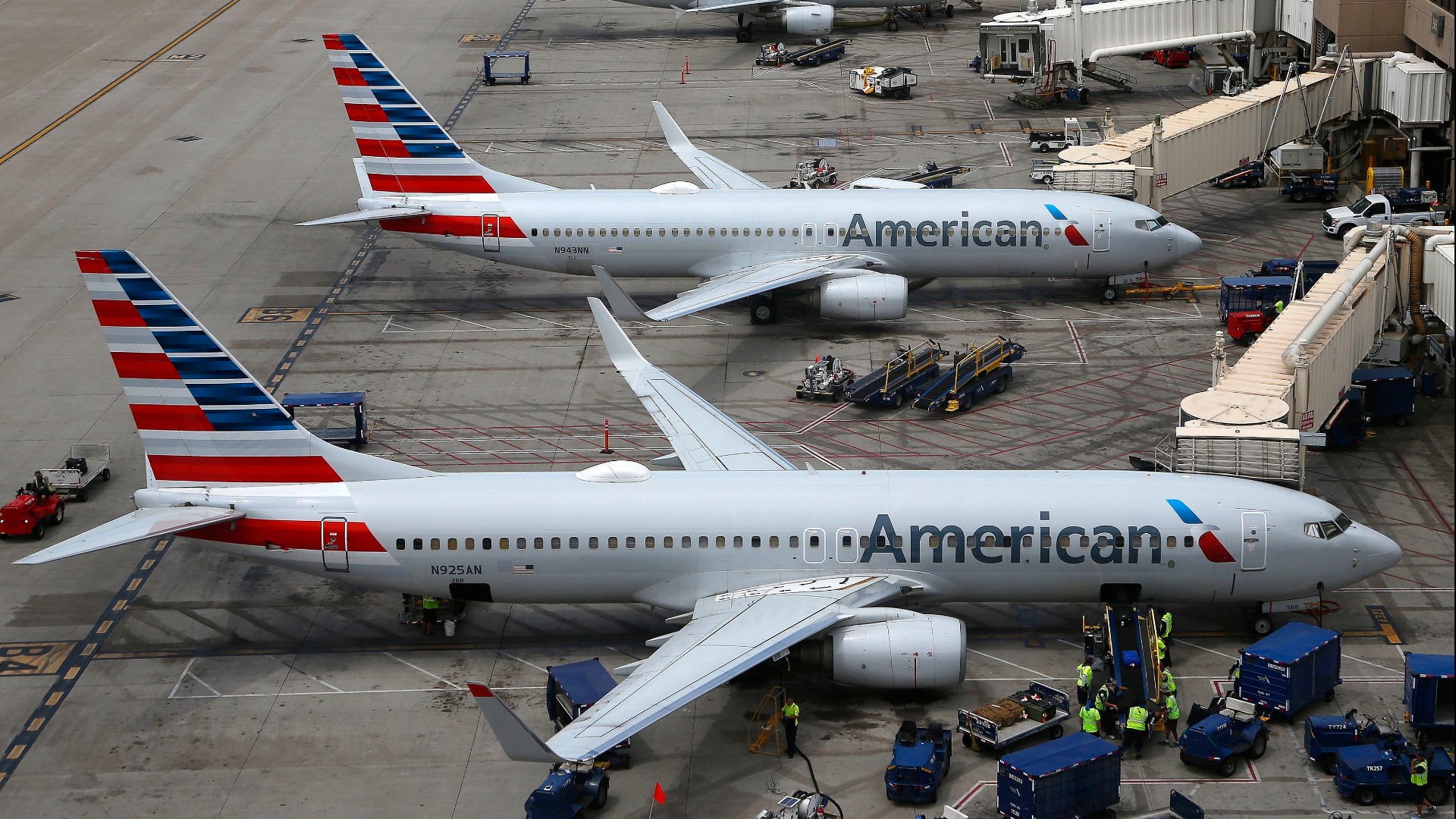 Hundreds of airlines employees have tested positive for COVID-19 in recent days and that number is expected to continue rising, according to information released by multiple unions.

That news of the death came hours after the Association of Professional Flight Attendants informed its members that around 100 flight attendants had tested positive for the novel coronavirus as of Saturday.

APFA is the union for flight attendants of the Fort Worth-based American Airlines.

AA said that "some" of their 130,000 employees had tested positive. The airline said "the safety of our customers and team members is our top priority," in a statement Tuesday.

Officials said they are working closely with public health officials to evaluate their health and safety measures.

There are 25,000 American Airlines flight attendants, so less than 1% have tested positive for the disease.

The APFA said they expect that the number of positive tests among flight attendants "will increase in the following days and week."

Southwest is based in Dallas.

Southwest denies the 600 number, saying "far less than 1 percent" of the company's 60,000 employees have tested positive.

"Make those numbers public so that workers can make decisions," Lyn Montgomery, the president of TWU 556 said. “I’m concerned about the flight attendants that I represent.”

A spokesperson said the airline can't reveal exact numbers because of privacy concerns.

Monday, the union sent a letter to FAA and OSHA outlining their concerns for workers' health and safety. The primary issues include having aircraft cleaned in between each flight as opposed to just at night and providing proper protective gloves and masks to flight attendants.

“There’s just no reason why aircraft can't be cleaned when they’re on the ground especially if they’re going to be on the ground for 50 minutes or more. There's just no reason,” Montgomery said. “I just hope that we can get the proper equipment for them to make sure that they’re fully protected.”

They're also working with the FAA on allowing flight attendants to sit on the front passenger row since jump seats don't allow for proper social distancing.

"They need to make that happen yesterday," Montgomery said. “There are fuller flights that make social distancing more difficult, but we can’t pick and choose when we social distance. We have to social distance for all of our safety.”

Southwest Airlines released a statement regarding the union's concerns:

"The safety and well-being of Southwest’s Employees and Customers is our uncompromising priority, and Southwest continues to implement measures to enhance our aircraft cabins, airport locations, and work centers while following all CDC guidelines during this unprecedented time."