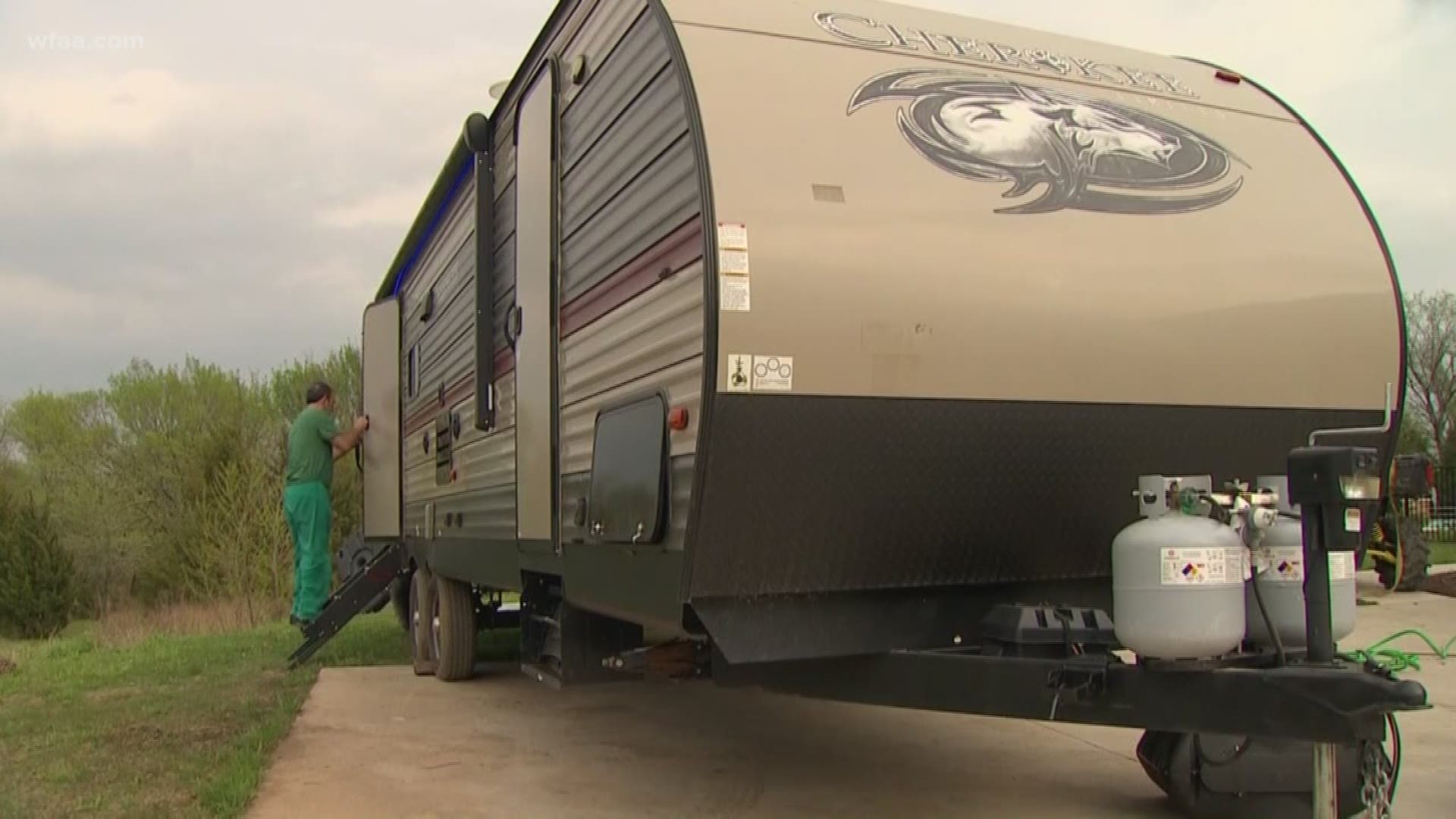 CELINA, Texas — Even in rural stretches of Collin County, worry about the new coronavirus has set in.

“You would think we would be in the safest place in the world. We live on a 3-acre property with a pond, a pool and a trampoline,” said Emily Phillips.

Her husband, Dr. Jason Phillips, works as an emergency room doctor in Frisco.

“I kind of woke up in the middle of the night and said ‘Oh my goodness, he’s bringing home germs of 100 patients a day.’ I have a 6-month-old baby, and an 8-year-old son that has asthma and I have asthma,” she said.

Phillips said she considered getting her husband a hotel room indefinitely as this virus continues to spread so he doesn’t bring home any germs but decided against it since that would still put him around other people.

She eventually settled on asking her Facebook friends whether anyone had an RV they would let her husband borrow.

Phillips was not prepared for what happened next.

She quickly got a camper for her husband to park in the driveway so he could come home without entering the house after long shifts in the ER.

“To be honest, it’s quite a swanky one. He’s starting to like it,” she says. “He came home from work last night and I had no idea he was already home.”

Now, Phillips and a new friend from Facebook, Holly Haggard, have begun successfully matching RVs with other doctors across the country.

“It doesn’t matter if you’re Republican or Democrat. Christian or not Christian. Everybody’s coming together to help each other instead of battle each other and fight each other,” Haggard said. “People are giving $150,000 units that they’re still paying on, that they’re paying insurance on to a complete stranger.”

RVs 4 MDs To Fight the Corona Virus
Have something to lend? Post a pic of your RV and the area that you're willing to deliver it to. Need an RV/trailer for temporary living? Post a message requesting one with the area you are in....

Within the first week, Phillips and Haggard said they’ve already paired more than RV owners with more than 50 doctors across the country and in Canada.

Phillips says the group has connected more than 300 health professionals with RVs and there are 500 requests still pending. The group is looking for some who is tech-savvy who might be able to create an app that better streamlines the process of connecting doctors with recreational vehicles.

“They might not even have a high school education. They might not have anything to their name but an RV and that is it. They are handing these keys over to an MD. The MD is so grateful and in tears. And both are in tears,” Phillips explained.

Phillips and Haggard are guests on this week’s Y’all-itics podcast.