District officials did not immediately identify the employees who died. 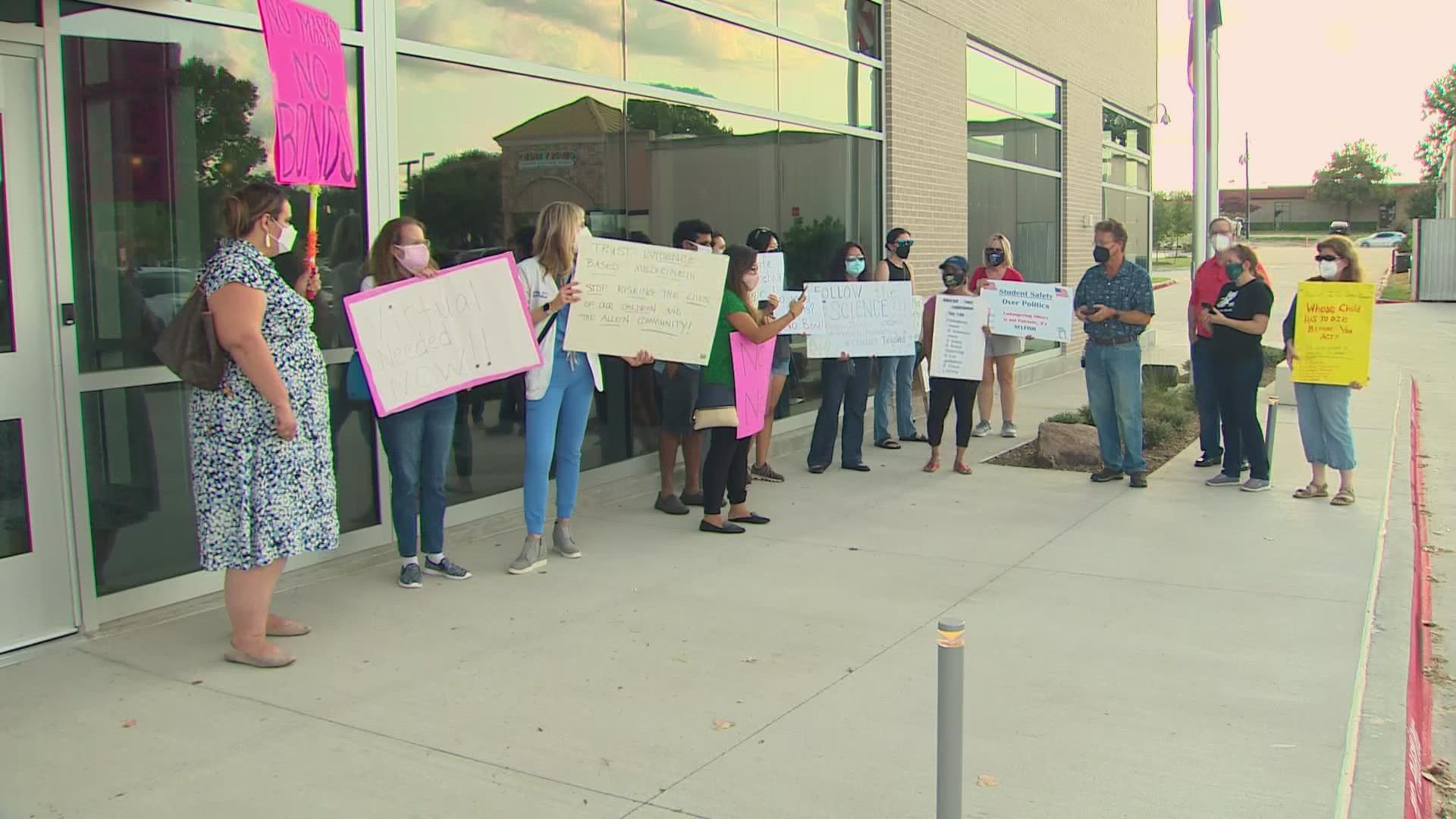 FORT WORTH, Texas — Two Fort Worth ISD employees died of COVID-19 this week, according to a district official, as the school system continues to see increases in positive cases.

The Fort Worth ISD school board held a meeting Tuesday for an update on the district's return to school plan.

During the meeting, assistant superintendent Michael Steinert was asked by board member Roxanne Martinez if there have been any deaths to COVID-19 among employees and students.

Steinert said there were two employees who died to the virus this week. He did not mention any student deaths.

The two employees were not immediately identified.

Tuesday's meeting looked to provide an update on how the district was doing in regards to COVID-19 since the start of the school year.

Deputy superintendent Karen Molinar said during the meeting that there were 734 active cases of the virus among students as of Sept. 10, which accounted for about 1% of the student population. There were also 4,873 active student quarantines during the same timeframe.

As for employees, there were 192 active cases as of Sept. 10, along with 411 active quarantines.

In total since Aug. 1, there have been 1,858 positive cases among students and 477 among employees as of Wednesday afternoon.

Molinar also mentioned that the district received a report of 1,903 total positive cases among students between Aug. 1, 2020, and July 31, 2021. This was, however, with virtual learning keeping a lot of the district's students at home last school year.