The hospital said for the first time ever, suicide was the leading cause of traumatic death at Cook Children’s in 2020. 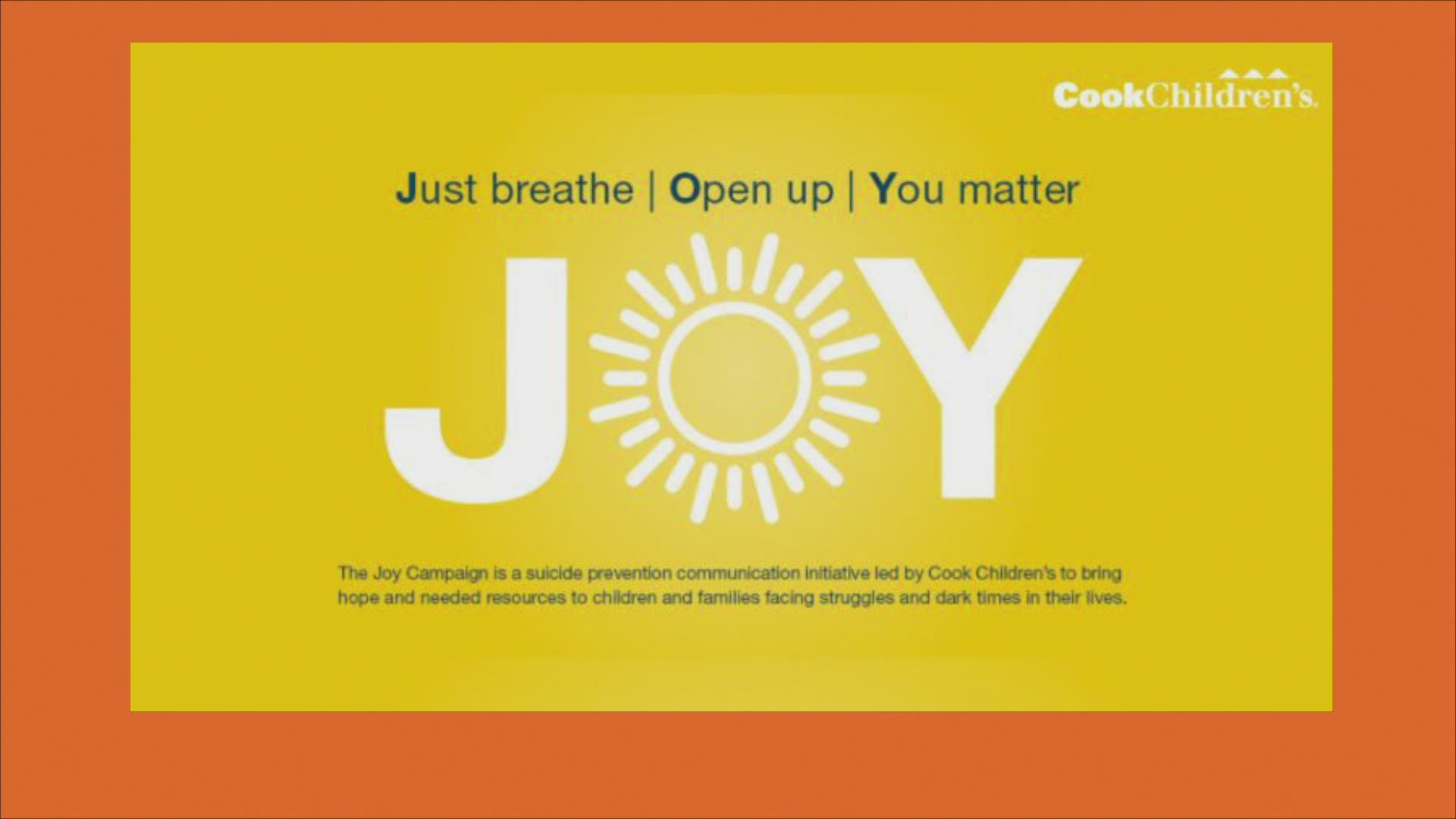 FORT WORTH, Texas — Cook Children's Medical Center has launched a new campaign to raise awareness about suicide. The hospital said it treated a record number of 43 patients who attempted suicide in March.

"This staggering figure is nearly double the number of suicidal patients seen during the same time period of 2020," the hospital said.

The hospital also said for the first time ever, suicide was the leading cause of traumatic death at Cook Children’s in 2020. Last year, Cook Children’s recorded seven suicide deaths.

Powderly said she has managed more kids on antidepressants since the pandemic started because was harder for children to see a doctor.

"COVID-19 is not as impactful in terms of volume of cases in pediatrics, but our volume of psychiatric patients has increased quite a bit," she said.

Powderly said five years ago her team was already seeing an increase in suicidal patients and that the pandemic created "a perfect storm."

"On top of the stressors kids were already dealing with, they’re now struggling with isolation, virtual school, and a loss of activities," she said.

Cook Children’s hopes the new campaign will help children and teens facing struggles. The JOY campaign is an acronym that stands for: Just breathe. Open up. You matter.

During the next month, the hospital said it will release a series of articles online that address many issues including the pandemic, the role of over-the-counter medications, social media, how minorities, and LGBTQ+ young people are impacted.

Cook's Children will also talk with families who have lost a child to suicide to examine the effects on parents and siblings.

Sadly, Cook Children's has seen a record number of patients attempting #suicide in the past year. Cook Children's aims to bring awareness to the #mentalhealth crisis affecting children & teens with the launch of
The JOY Campaign: https://t.co/rGSTiLjDic. #SuicidePrevention

Cook Children's said children who might be struggling in their mental health could show these signs:

Anyone concerned about their child's mental health is encouraged to ask for help and schedule an appointment with a licensed counselor. Below is a list of phone numbers and resources that Cook Children's provided: