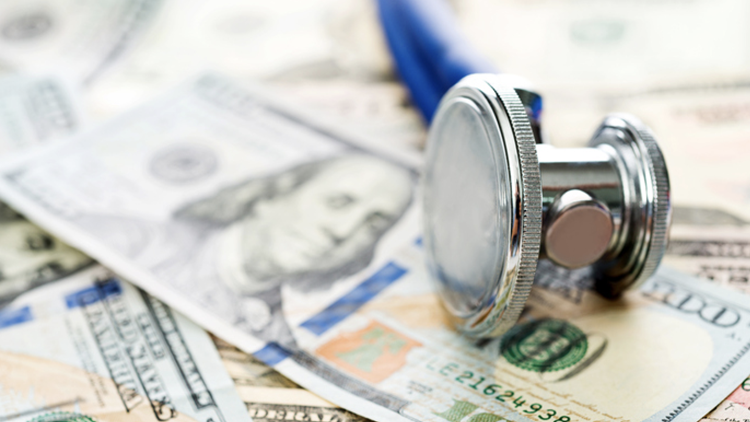 The combined cases target 58 people from across Texas, about half from the Dallas area. In addition to opioids, the alleged schemes involve fraudulently billing Medicare for equipment, schemes to defraud the military insurance network TRICARE, compounding pharmacies, and schemes bilking the federal Office of Worker's Compensation.

"If you're engaging in this behavior, we can see you, we're going to find you, and we're going to prosecute you," said Assistant Attorney General Brian A. Benczkowski of the Justice Department’s Criminal Division, who flew in from Washington D.C. for the announcement of the enforcement crackdown.

U.S. Attorney Erin Nealy Cox of the Northern District of Texas in Dallas, which is prosecuting the local cases, said law enforcement is increasingly using prescribing data to target doctors giving out too many pills and others over-billing the government for health care.

"Big data is everywhere," Cox said. "Government is leveraging big data, too, for the benefit of the citizens of the state of Texas."

RELATED: After bankruptcy filing, Purdue Pharma may not be off hook

Here's a rundown of those charged locally, according to the U.S. Attorney's office:

Nehaj Rizvi was charged for his alleged participation in a scheme to defraud Medicare through Life Spring Housecall Physicians, Inc., in Dallas.

Dr. Brian Carpenter and Jerry Hawrylak were charged for their alleged participation in a scheme to defraud TRICARE through a compounding pharmacy located in Fort Worth.

Leah Hagen and Michael Hagen were charged for their alleged participation in conspiracies to pay and receive kickbacks and launder money through Metro DME Supply and Ortho Pain Solutions, both durable medical equipment companies in Arlington.

Nilesh Patel, Dr. Craig Henry, and Bruce Henry were charged for their alleged participation in a scheme to defraud TRICARE through marketing company RxConsultants and a compounding pharmacy located in Fort Worth, Texas.

Demetrius Cervantes, 44, of McKinney; Amanda Lowry, 39, of Sherman; and Lydia Henslee, 27, of Denison, were indicted for conspiracy to obtain information from a protected computer and conspiracy to unlawfully possess and use a means of identification. The case involves the breach of a health care provider's electronic health record system in order to steal protected health information and personally identifiable information belonging to patients of the provider. The information that was stolen from the provider was "repackaged" in the form of false and fraudulent physician orders and sold to durable medical equipment providers and contractors. Within approximately eight months, the defendants obtained more the $1.4 million in proceeds from the sale of the stolen information.