Travelers are planning vacations based on what they see on friends' Instagram accounts or what they think will look good on their own. 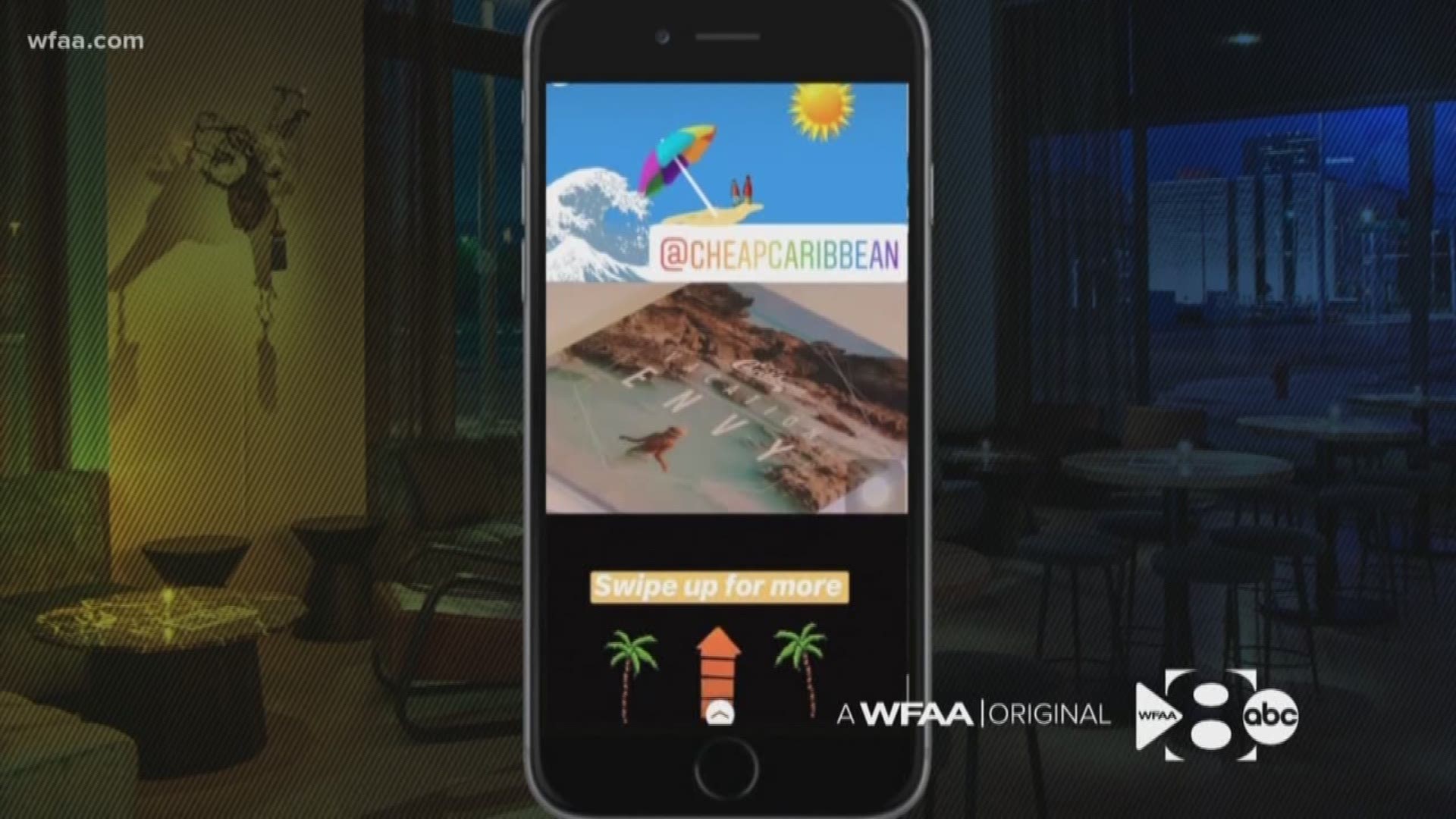 DALLAS - There’s a whole world out there and a whole new way of proving you’ve seen it. "Travel bragging” means posting incredible vacation pictures on social media, especially Instagram, in the hopes of either making friends jealous or of getting a few extra likes on your social media accounts.

It is a real phenomenon that is changing the way people choose vacation destinations and how travel companies market those destinations.

“Instagrammable really means, ‘Am I taking a photo of something that I want someone to - quite frankly - be a little jealous of?’ We here call it a ‘hashtag travel brag,’” said Jennifer Dohm of Dallas-based Hotels.com.

“We have a survey that we did that shows nearly a third of millennials in the U.S. say that while they’re traveling, they’re tracking how many likes they’re getting on their Instagram photo,” she added. “So, people really care that there’s some interaction there.”

Hotels.com research also shows 87 percent of U.S. millennials say they turn to social media for travel inspiration and 66 percent admit they’d prefer to post a vacation selfie over a picture with friends.

CheapCaribbean.com is also based in Dallas. Inside the company’s beach-themed walls, they recently sold an entire package called “Vacation Envy.” It was a trip to Bermuda alongside social media experts that included photo shoots and tips for achieving the perfect post.

“We helped them frame their pictures, taught them how to edit them in Instagram, what filters to put on, we gave them free hair and makeup, and showed them how to pick the best lighting so they actually had a really brag worthy vacation, which is what a lot of people are really looking for,” said Mike Lowery, the Chief Marketing Officer at CheapCaribbean.com.

Lowery said their data shows more and more customers want to experience local culture and off-the-beaten-path restaurants and shops than ever before.

“We have the opportunity here to help people realize some of their dreams with fantastic beach vacations,” said CheapCaribbean.com president Steve Dumaine. “Travel is such a transformational event.”

At Hotels.com, Dohm said they’ve realized modern-day travelers are often planning vacations for adventure, art, or food. Their research shows 60 percent of U.S. millennials choose a destination based on what and where to eat.

Dohm said most, if not all, of her colleagues, are avid travelers. Hotels.com’s Instagram account is made up entirely of photos taken by employees and customers. And, Dohm admits, after looking at them, you do begin to picture yourself among the beauty.

“I see so much of Zion National Park that looks just absolutely stunning and I’m like, ‘I want to go there! I need to experience that! I want that photo, too!’” she said.

While some might think a picture-obsessed society feels shallow, Dohm sees it another way. “We’re getting inspired by others to go explore, and I think that’s really the most exciting part of it,” she said.

“There are fantastic deals in Mexico right now,” said Dumaine. “When you get to the end of summer and in early fall, that’s when you get the best deals with promotions like kids staying for free. You also see properties adding on resort credit.”

Dohm said for travelers who are looking for some Instagrammable places that are relatively accessible from Dallas, Oklahoma City and Austin should be at the top of the list.

According to Dohm, Oklahoma City offers multiple murals, buildings and art installations that are photo-worthy, and there are several good deals at some new, exciting hotels. She added that Austin’s restaurant scene makes it one of the most popular places for foodie-travelers, and hotels are offering good deals in July.

Stay in the business district – Many cities which are popular for business travelers, such as Tokyo, London, Brussels and Sao Paulo, have fantastic room rates during the weekend once the ‘suits’ have left. You can sometimes find 5-star hotels for under $140 per night.

Book on mobile – More travelers are booking hotels on the go, in fact, according to the 2017 Hotels.com Mobile Travel Tracker, 54% of people globally have booked a hotel on their smartphone and this number is rising. These days it pays to think mobile as special deals are frequently offered exclusively to mobile users.

Sunday nights are usually the cheapest night to stay in a city hotel – Booking a 3-day weekend? Try Sat-Mon instead of Fri-Sun. The weekend travelers have left the city and its pre-Monday morning business rush. Hotels often have fantastic deals on Sunday nights, and it’s also the night you’re more likely to get an upgrade, as hotels may be less occupied.

Check in as late as possible for an upgrade – If you check in late, then there is a chance that the hotel might have run out of standard rooms, which is generally the room category the everyday traveler books, so an upgrade to a higher room category could be on the cards.