Doctors determined he had something called cerebral malaria, likely contracted from a mosquito in Africa. 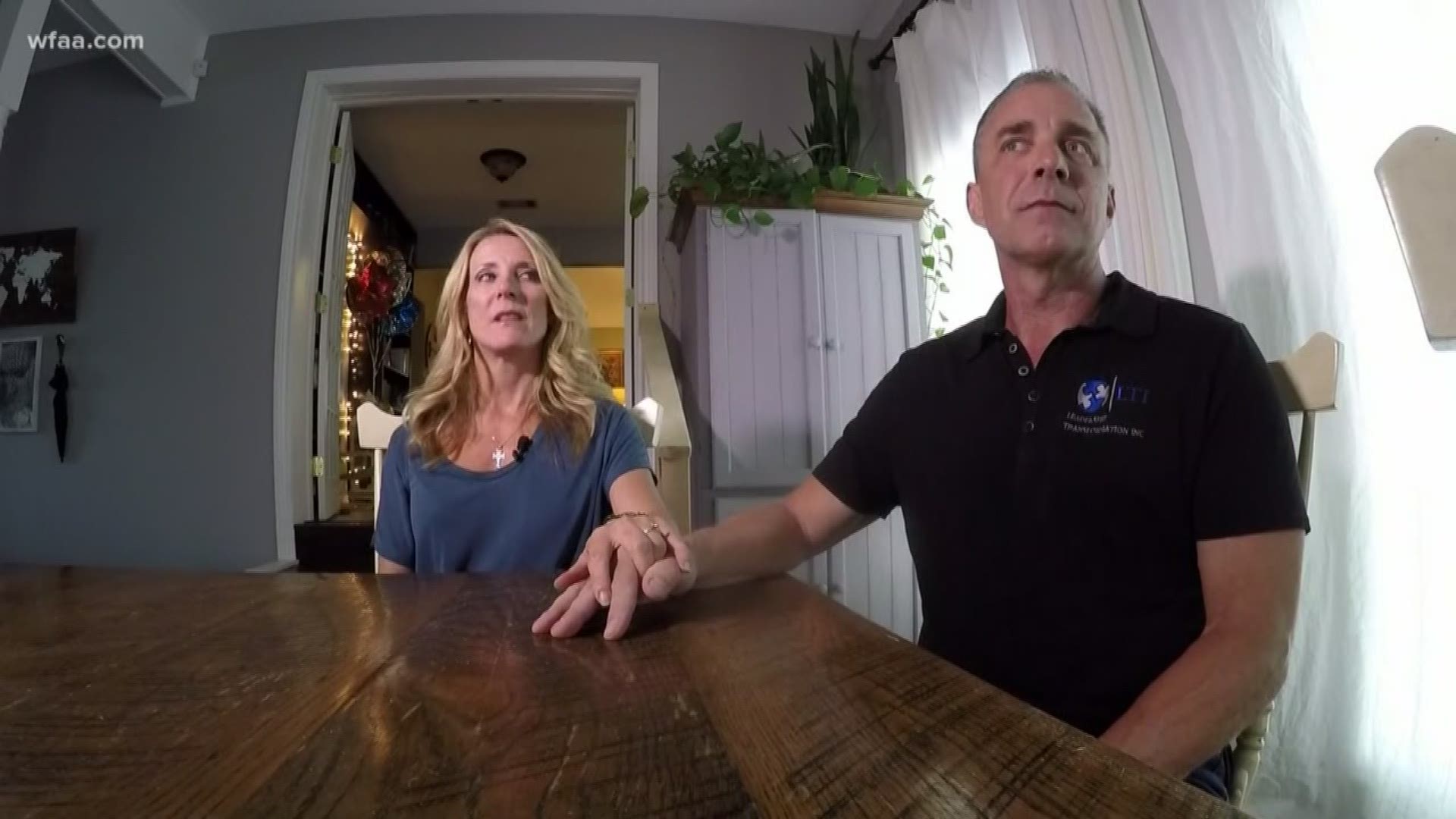 GREENVILLE, Texas -- The country of Nigeria is about as far away from the country roads of Greenville as a person can get. That's where the Lawson's story starts.

"To me, it was like hearing a story about someone else and me thinking, 'Wow, that must have been tough,' Course I didn't experience it. I was out," Steve Lawson said.

Lawson is a career pastor. He travels to remote parts of the world training others in his craft. He's been married to his wife Karen for 29 years.

Karen doesn't usually come along but this time she did. The two traveled to Siberia in May. Steve had just wrapped up a mission in West Africa. When the two met in Russia, Karen knew something wasn't right. "I tried to wake him up, but he wouldn't wake up, and he didn't know me like his eyes were open, but he didn't recognize me, but he was saying words that didn't mean anything," Karen said.

Lawson was in a coma -- in a remote hospital in Russia. Doctors determined he had something called cerebral malaria, likely contracted from a mosquito in Africa. With no treatment in reach, Lawson was flown to Europe for medical care. "When Karen said we were in Paris, I was like, 'What are we doing in Paris?' I didn't realize I'd lost almost two weeks," Steve said.

In that time, they didn't realize the tremendous support pouring in by social media. The Christian band "Mercy Me" posted on its Facebook page asking it's more than a million fans for support and prayers. "When you don't have the strength or the faith to do something, and you have that many people whether you know them or not that kind of do that for you, you can't really say thank you enough," Karen said.

Not only is Lawson back home in Greenville, but he's also expected to make a full recovery. "For the longest time I was like why, you know I'm nobody I live in small town Texas, and why would people get so excited about this and so passionate about it, but something struck a nerve, and I am so glad it did," Steve said.

A pastor and his wife that say they are more inspired than ever to get back on the road. "It motivates me even more, because my thought is if I was spared this, there's a reason for this. There is a purpose behind it, I'm already thinking about my next trip," he said.