Fort Worth man left with severe burns after e-cigarette explosion

"I was just sitting there talking to my Dad, and suddenly an explosion went off in my pocket," Mann said. 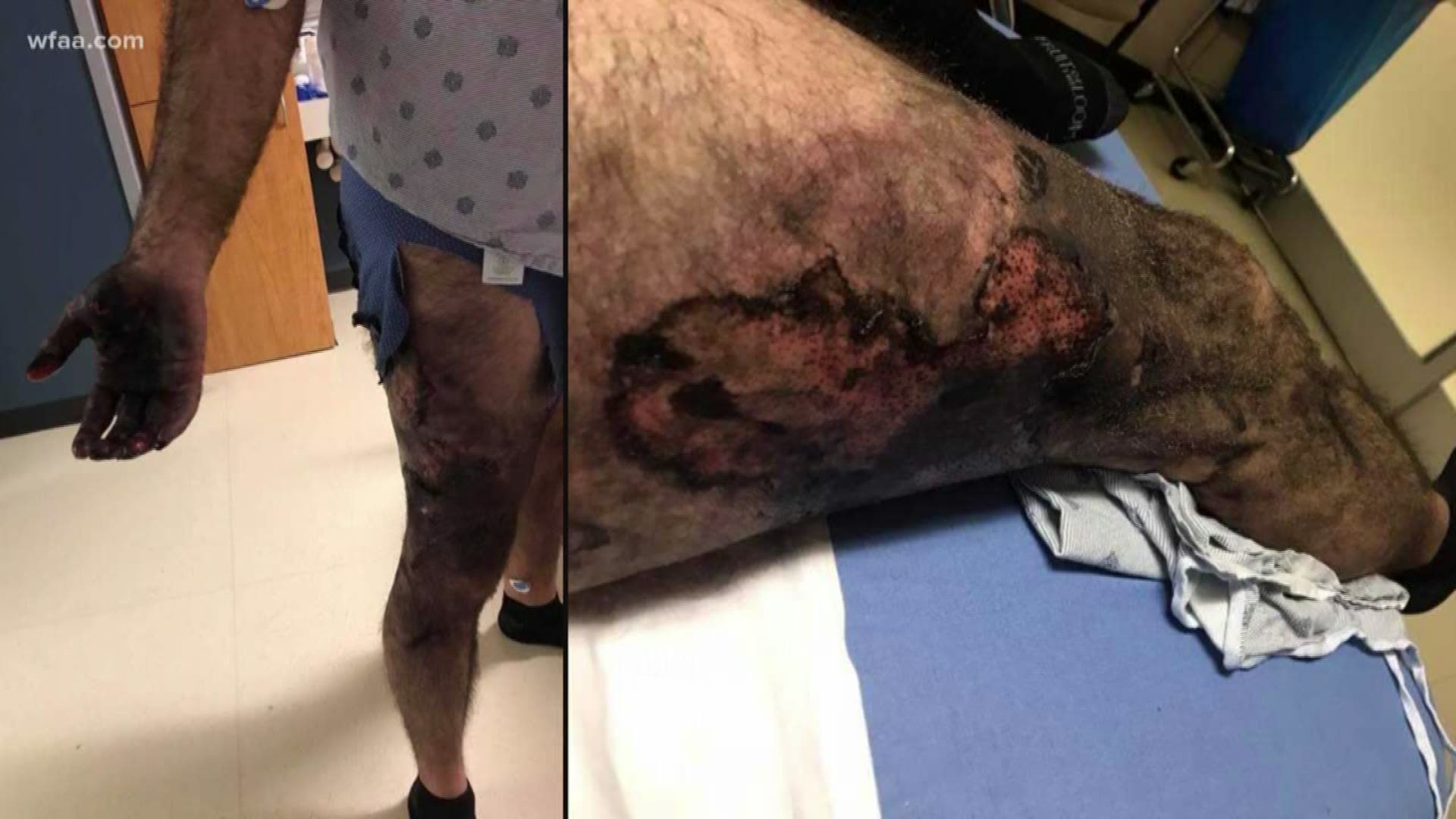 DALLAS, Texas— A Fort Worth man has endured a week of agony inside the burn center at Parkland Hospital, and he says he has nothing but his e-cigarette to blame.

Last Tuesday, 44-year-old Scott Mann told WFAA that he was at work when one of his pockets suddenly exploded. “I was just sitting there talking to my Dad, and suddenly an explosion went off in my pocket,” Mann said.

“I remember three loud booms, and then my pants were on fire.” Mann, who is a self-employed contractor, was transported to Parkland from his office.

“When I was in the back of my ambulance, that was the worst pain that I’ve ever had in my entire life,” he said.

Mann believes that the lithium-ion battery inside his e-cig is what exploded. In his interview with WFAA, he showed us the charred battery that now looked like a pancake.

And sadly, Mann is now part of a growing statistic. More and more reports about e-cigs exploding continue to surface as they grow in popularity.

Mann said he’s been smoking e-cigs for around four years, and never thought it would happen to him. “You don’t realize how dangerous they really are,” Mann said.

And the U.S. Fire Administration is keeping tabs. A recent study found that from 2009 to 2016 there were 195 separate e-cigarette fire and explosion incidents reported in the U.S.

The study even called the combination of an electronic cigarette and a lithium-ion battery a new and “unique hazard.”

Security videos showing e-cigs exploding in the pockets of users are becoming more common. In May, a man in St. Petersburg, Florida died after his e-cig exploded near his head.

And Mann is staying incredibly positive for a guy who needs two hands to do his job. Not only that, but also Mann’s passion is the guitar and he often performs in a band. He says that his road to recovery won’t be the easiest, but it will start without his e-cig.

Mann said that he took up smoking e-cigs to stop smoking cigarettes but will now do his best to discourage people from using them.

“It’s going to take me a few months to get me back to the place that I was before,” Mann said. “There’s a lot of safer alternatives to quitting smoking than e-cigs.”

Experts say to avoid an e-cig explosion, use the charger that came with the e-cig and to not overcharge it. The FDA also recommends replacing the battery of an e-cig if it becomes damaged or wet.

If you'd like to help Scott with his medical bills, a GoFundMe has been created.