DALLAS - Kelvion Walker faced former Dallas police officer Amy Wilburn for the first time since she shot him nearly four and a half years ago. 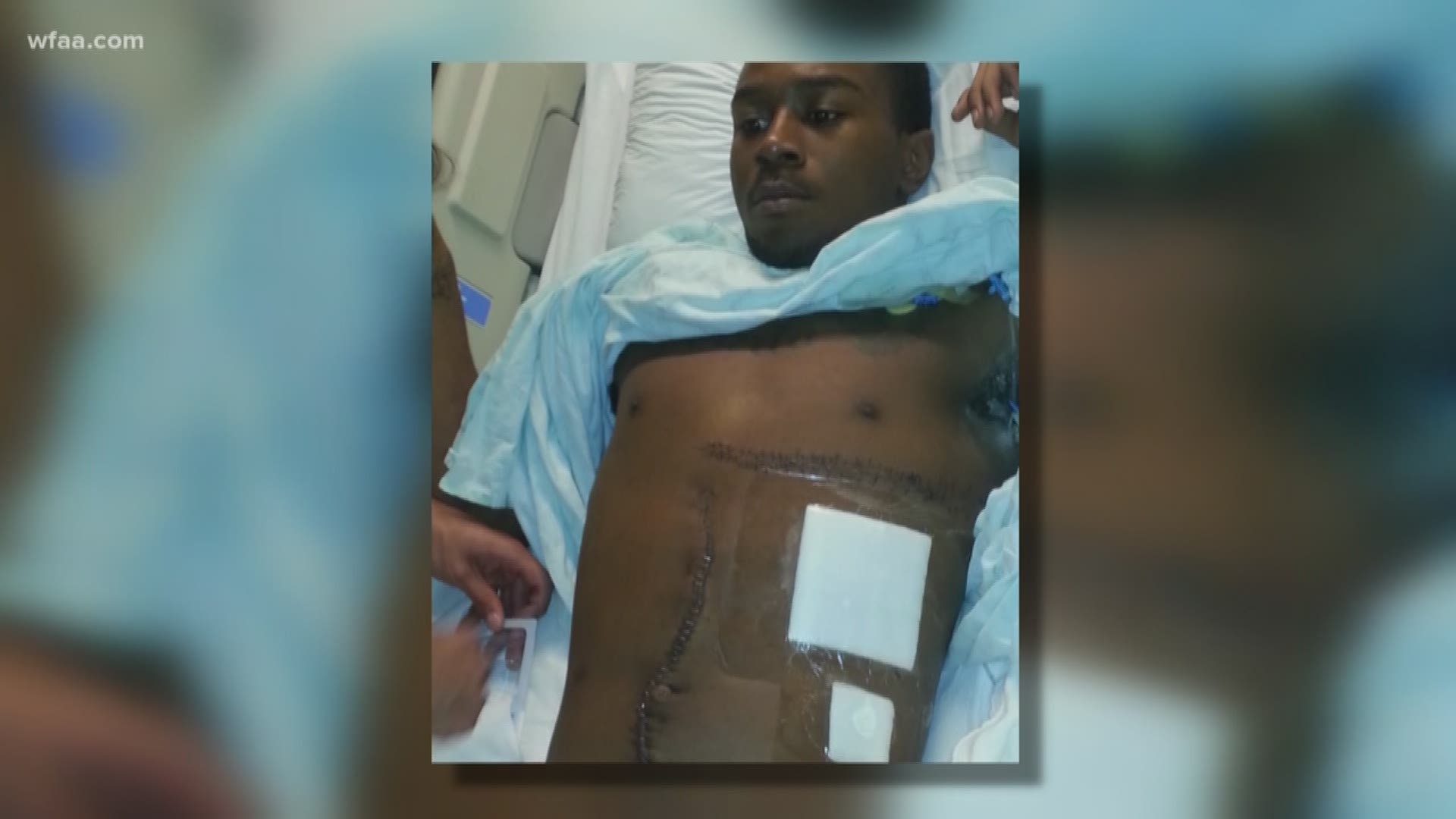 DALLAS -- Kelvion Walker faced former Dallas police officer Amy Wilburn for the first time since she shot him nearly four and a half years ago.

"For the rest of my life, you will be a part of me," said Walker, looking Wilburn in the eye in court. "It's really been hurting me and killing me on the inside. Evey day I look at my scars, every day I wake up to a bullet that's still in me."

Wilburn pleaded guilty Tuesday to recklessly discharging a firearm, a misdemeanor. She received a sentence of 18 months probation. The charge is much less serious than the felony aggravated assault by a public servant on which she was indicted, which could have carried a sentence of up to life in prison.

Both sides agreed to the plea deal. Walker's attorney said the guilty plea could have an impact on the multi-million dollar federal civil case that is still pending. It's scheduled for trial in August.

Wilburn was chasing a stolen car after a carjacking back in 2013. The driver jumped out, and Wilburn ran up to the car and saw Walker in the passenger seat. She shot him. She initially said he didn't put both hands up, but Walker and an independent witness said that he did.

Walker believes his case would not have moved forward if not for the independent witness. Walker was unarmed, and Wilburn was fired from the Dallas police force.

Wilburn and her attorney wouldn't comment because of the pending federal litigation. She had to turn over her peace officer certification.

Walker said he still feels the impact of the shooting, and can't run, jump, or lift heavy objects like he used to. He said it has affected his ability to have intercourse. He said he also suffers from nightmares.

"Every time I see a police now, I get the shakes, like I'm cold. That's just terrifying because they're here to protect and serve," he said.