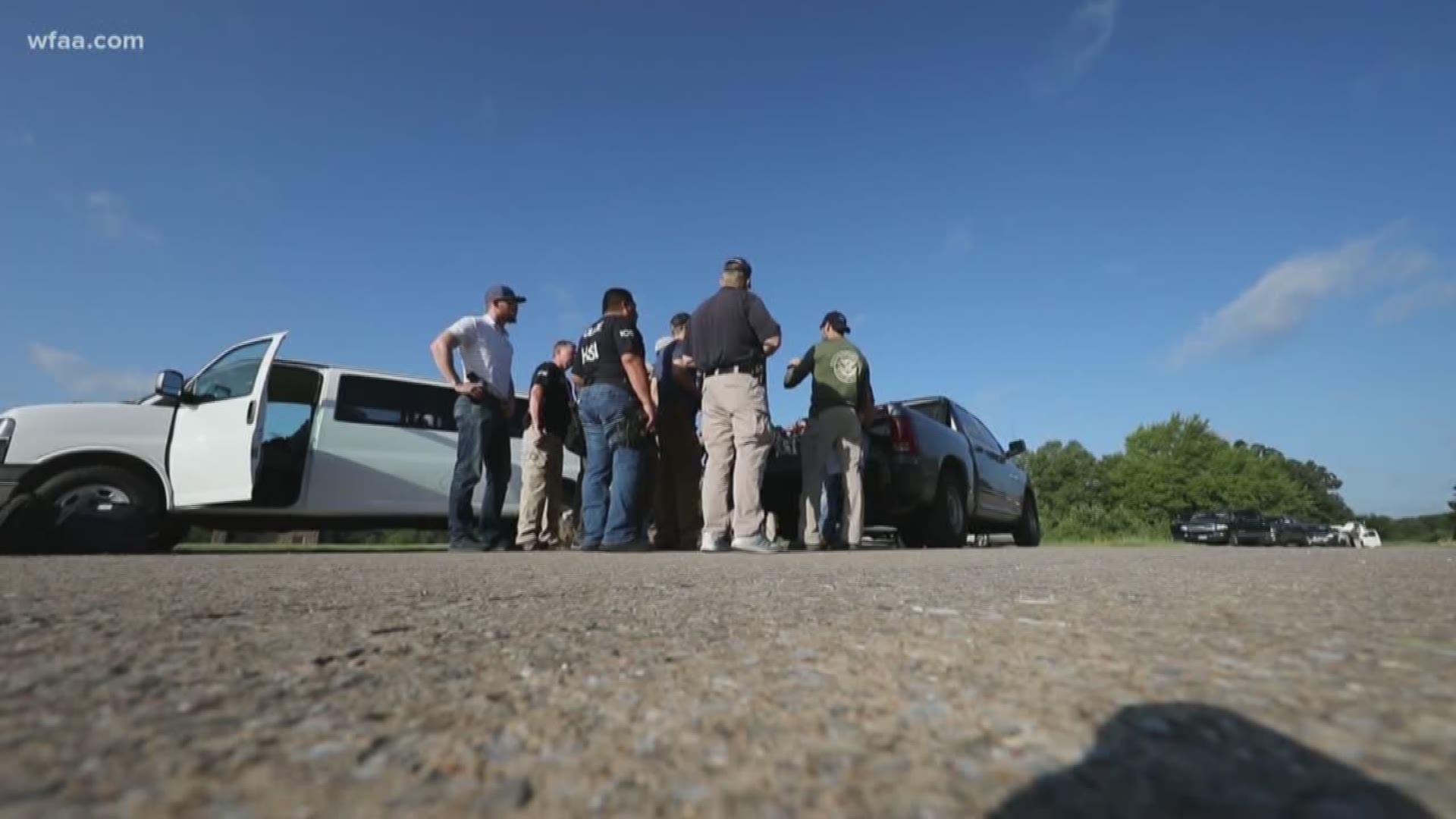 More than 300 federal agents descended on a North Texas trailer-manufacturer on Tuesday that is accused of knowingly hiring 160 undocumented workers.

Agents from U.S. Immigration and Customs Enforcement (ICE) made the surprise execution of a criminal search warrant just before lunch at Load Trail which is located between Bonham and Paris – about two hours northeast of Dallas.

The agents, including some called in from New Orleans, Houston and San Antonio, arrived in vehicles, while also even landing in helicopters on Load Trail Trailer’s 100-acre facility in Sumner, Texas.

“I know I just heard helicopters everywhere and I saw a whole lot of people running and so I turned to run and the first corner I hit I got guns drawn down on me,” said Shawn Patterson, employee.

Agents detained 160 undocumented workers as part of their investigation but did not make any criminal arrests, according to Katrina Berger, Homeland Security Special-Agent-in-Charge of Investigations.

Load Trail Trailers in Sumner, Texas, is considered one of the “fastest growing trailer brands." It builds trailers for pick-ups, not 18-wheelers, Berger added.

One company insider told WFAA that Load Trail had a simple motivation.

Business was good, according to the insider, and the company had a backlog of orders which required additional workers.

This individual agreed to speak to WFAA if her identity was concealed. She said she warned her bosses that undocumented workers had been hired, but she said company officials allegedly “didn’t care.”

“I knew these were clearly illegals. This is not the way we are supposed to be hiring,” she told WFAA. “They told me to keep doing my job. That if they were visited by ICE again, they would simply pay the fine and go on.”

It’s the second time in four years that Load Trail Trailers has faced federal immigration scrutiny. In 2014, Load Trail agreed to pay a $444,993 fine for “knowingly hiring and continuing to employ unauthorized workers,” according to federal reports. The company employed 179 unauthorized workers at that time, the report said.

WFAA made repeated calls to Load Trail for response to the allegations but received no returned call or email.

"Businesses that knowingly hire illegal aliens create an unfair advantage over their competing businesses," Berger said. “In addition, they take jobs away from U.S. citizens and legal residents, and they create an atmosphere posed for exploiting their illegal workforce.”

“You (companies) may have gotten away with it,” Berger added. “But we’re watching and we’re coming.”

Berger said criminal arrests at the company could happen in the coming weeks as the investigation continues.

The former employee told WFAA that most of Load Trail’s undocumented workers were welders, while others were painters and finishers.

She said the company made an attempt to actively recruit and hire legal area residents but said that still wasn’t enough.

The company, which began as a family-owned business in 1996, has grown, now employing more than 500 people. The shop includes more than 420,000 square feet of facilities. The company also gained the award for the “Fastest Growing Trailer Brand of the Year” in 2014 and 2015, according to its website.

The company makes from 75 to 100 trailers each day and has grown to earnings of more than $120 million annually, former company employees told WFAA.

ICE established a 24-hour toll-free detainee locator hotline at 1-888-351-4024. The undocumented immigrants are being held at three detention centers – two in the Metroplex and one in Oklahoma.