Former UFC Champ Frank Shamrock is under investigation for tying up a dog in back of truck and leaving it at airport. 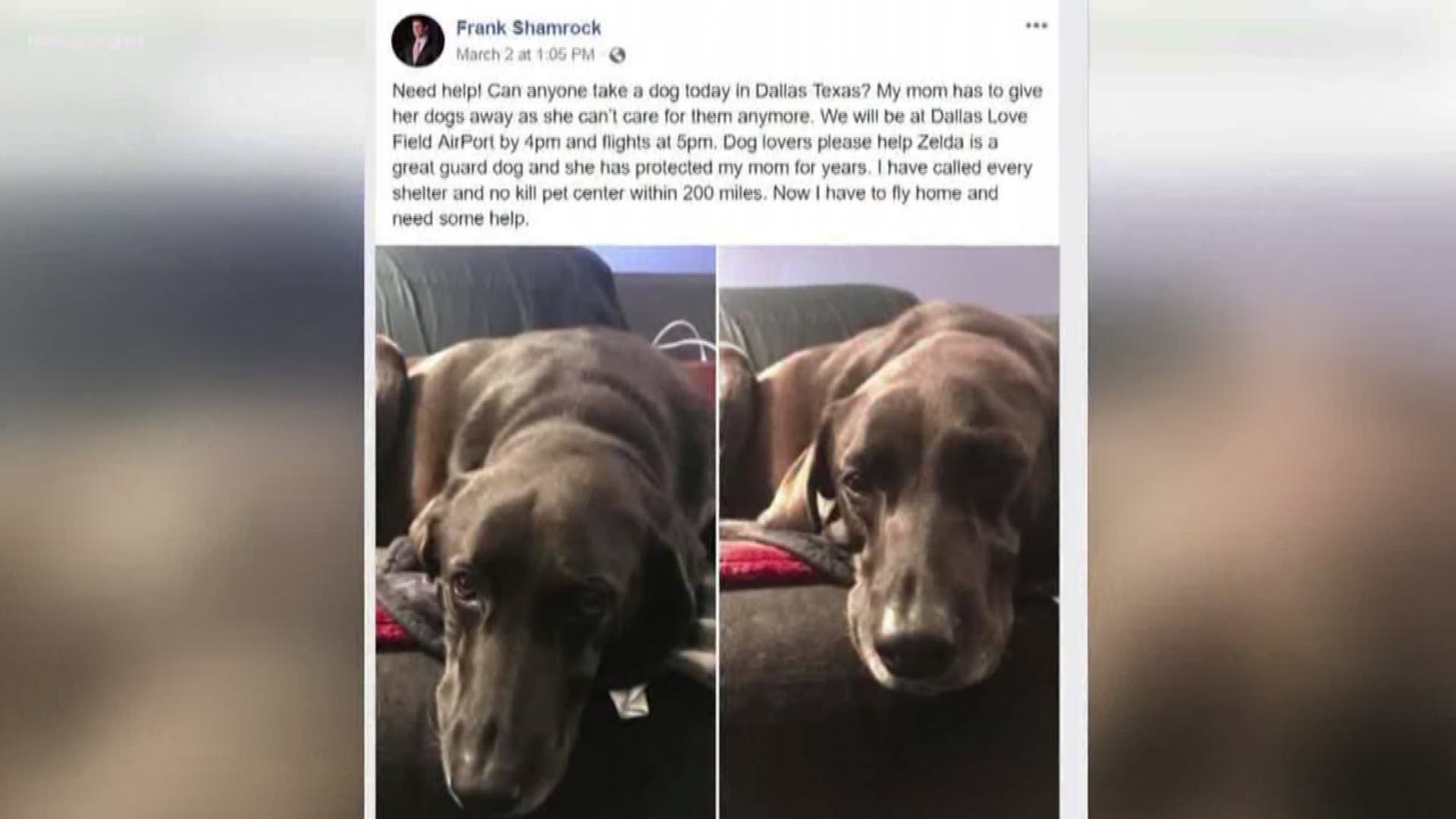 In an phone interview with WFAA, Shamrock said he did it.

"They can charge me with whatever. I will show up. It is what it is. I'm not hiding in any way. It's an unfortunate and terrible thing. I'm an animal lover and I ran away crying,” Shamrock said.

He claimed he tried to find a shelter or someone to take the dog, even posting on social media.

"Need help. Can anyone take a dog today in Dallas, Texas? My mom has to give her dogs away as she can't care for them anymore."

"It's an old dog – no one wants a six-and-a-half, seven-year-old dog,” Shamrock said.

Shamrock said he was in Dallas to move his ailing mother out of her home and had to take her dogs.

He found shelter for one dog but claimed no shelter would take Zelda, so he tied up her up, left some food and water and boarded a plane back to California.

"Here is what I guarantee," Shamrock said. "That dog is alive and safe right now and I couldn't guarantee that before I tied that dog to the truck and left."

Dallas police believe the dog was in the truck March 2-7. Animal rights activists said it's against the law to do that.

"Not to mention that weekend it was extremely cold so the dog could freeze, low temperatures, a number of things could have happened to the dog,” activist Meg Sherman said.

Dallas animal control now has Zelda. It's unclear what will happen to the dog.

As for Shamrock, Dallas police are looking at filing charges.

He says if he's charged, he will come back to Texas to deal with it and face the consequences.