As of Friday morning, the five flags other than the United States flag — representing France, Spain, Mexico, the Republic of Texas and the Confederacy — are being left to the history books. 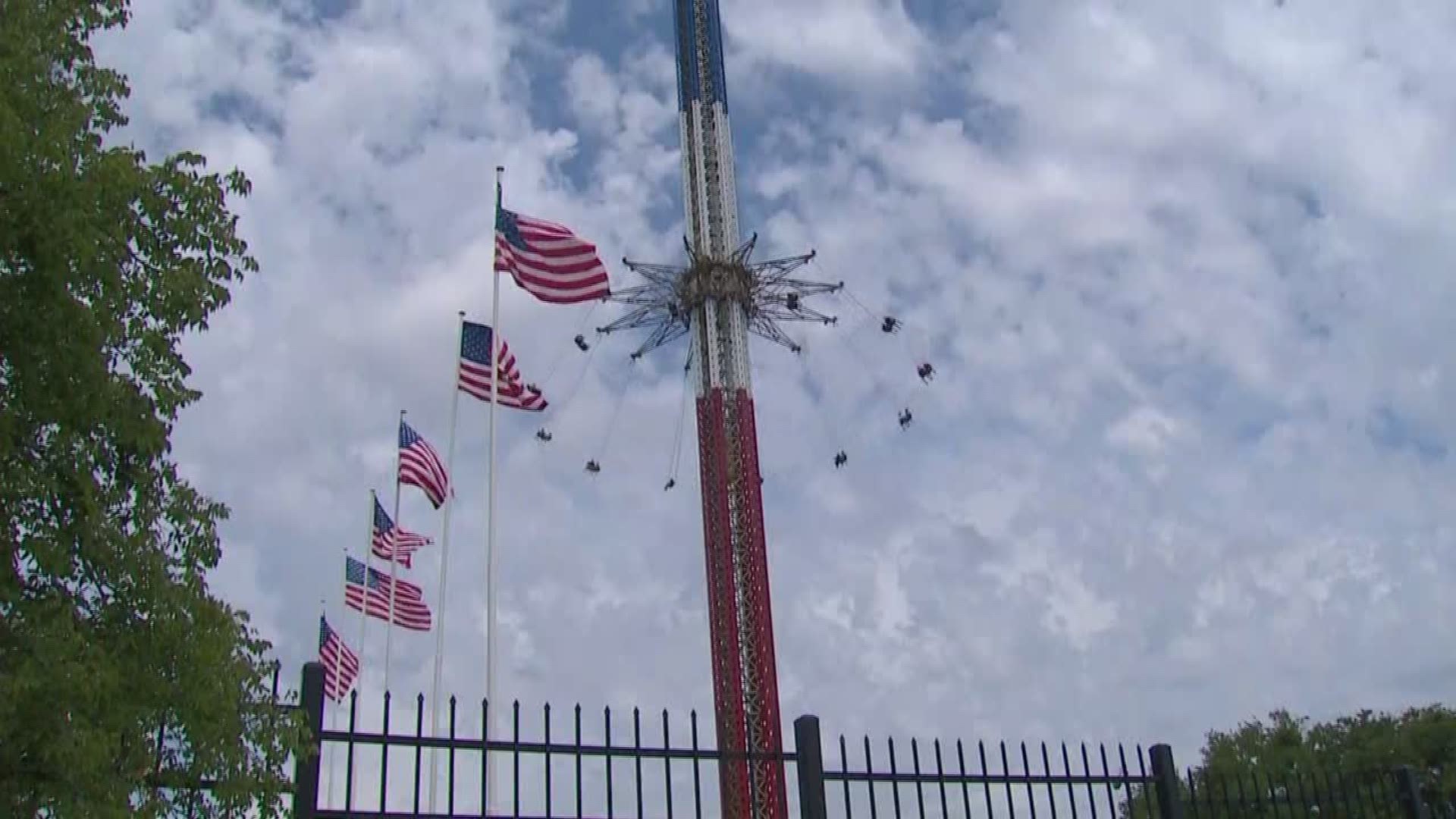 Since 1961, Six Flags Over Texas in Arlington has been known for flying six flags over its park.

They represented the U.S., France, Spain, Mexico, the Republic of Texas, and the Confederacy. Friday morning, that all changed when six U.S. flags were seen flying over the park's entrance.

"At Six Flags Over Texas we strive every single day to make people happy and to create a fun, thrilling and safe family friendly experience for our guests," spokeswoman Sharon Parker said. "We always choose to focus on celebrating the things that unite us versus those that divide us. As such, we have changed the flag displays in our park to feature American flags. "

The change came after the park drew criticism from Fox News, TMZ, and others earlier this week, the Star-Telegram reports.

"I think they should change the name to five flags over Texas. I guess they're just giving into peoples pressures," said park goer Benjamin Bridgeford.

"I don't think it's changing history, but I think it's reflecting better on the United States," said park goer Mary Hansen.

The flag that Six Flags removed served as the first flag of the Confederate States of America. You'll notice it's different from the Confederate Battle Flag -- that flag was banned from flying in the Fort Worth Stock Yards early last year.

There are 20 theme parks in the U.S., Mexico and Canada that are run by Six Flags Entertainment. Three of them flew Confederate flags, a park spokesperson told WFAA.

Six Flags Fiesta in San Antonio and Six Flags Over Georgia flew the same six flags as Arlington's park, according to the Star-Telegram.

As of Friday morning, all domestic Six Flags parks were flying American flags.

"I can understand why people would get offended. It might be the right thing to do," said Nilufer Akbulukt, a Turkish college student.

The Star-Telegram contributed to this report.