Three campuses are on the move, right now: New Tech High School, The Barack Obama Male Leadership Academy, and Zumwalt Middle School are packing up and transitioning to new buildings. 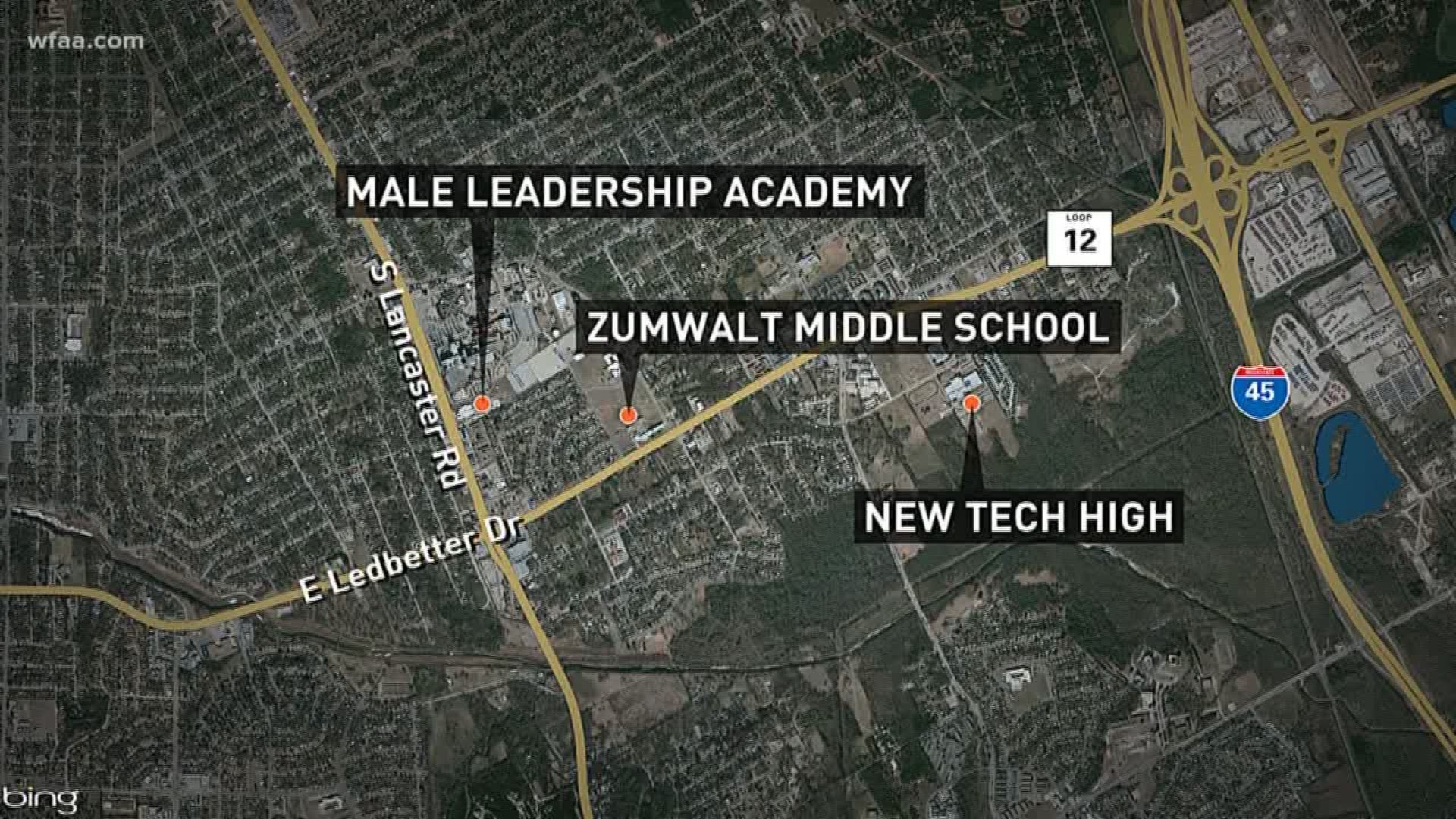 Class may be out for the summer for most school districts across North Texas. However, this is one of the busiest weeks of the year for workers at three Dallas schools.

Three campuses are on the move, right now: New Tech High School, The Barack Obama Male Leadership Academy, and Zumwalt Middle School are packing up and transitioning to new buildings.

"These boxes here are from our main office," Keisha Johnson said as she pointed to some of the boxes movers were packing into a school hallway.

Johnson is a Guidance Counselor for The Barack Obama Male Leadership Academy. The school is leaving the B.F. Darrell Campus on Lancaster Road and moving into the A. Maceo Smith building.

“They are moving our campus in and moving New Tech out,” Johnson said.

”This year we are bringing in the largest class we’ve ever had in Barack Obama Male Leadership Academy,” Johnson said. “So we definitely needed the space.”

"We’re extremely excited about the transition to the Darrell building,” Principal Jameile Choice said. “We’ve received a ton of support from school leadership, our trustee, students and parents.”

Choice says students in New Tech’s project based learning and technology program can appreciate a more intimate campus environment with smaller classrooms. He and his team are excited about the move and say it shouldn’t be an inconvenience to families.

”Our students come from all over,” Choice said. “In fact, it’s going to be a benefit, because it’s right in front of the DART rail station. So, nothing will change. It’s 5 minutes up the road from our old building.”

As those Dallas ISD schools prepare for new times, that also means a move for students from Sarah Zumwalt Middle School. They’ve spent the past school year sharing A. Maceo Smith’s building with New Tech High School while contractors focused on repairs and mold abatement at Zumwalt’s original building.

The school district says plans for Zumwalt’s move should be finalized in coming weeks.