Wilson Middle School's eighth-grade orchestra practiced in secret for months and surprised their teacher with a gift at the final concert of the year. 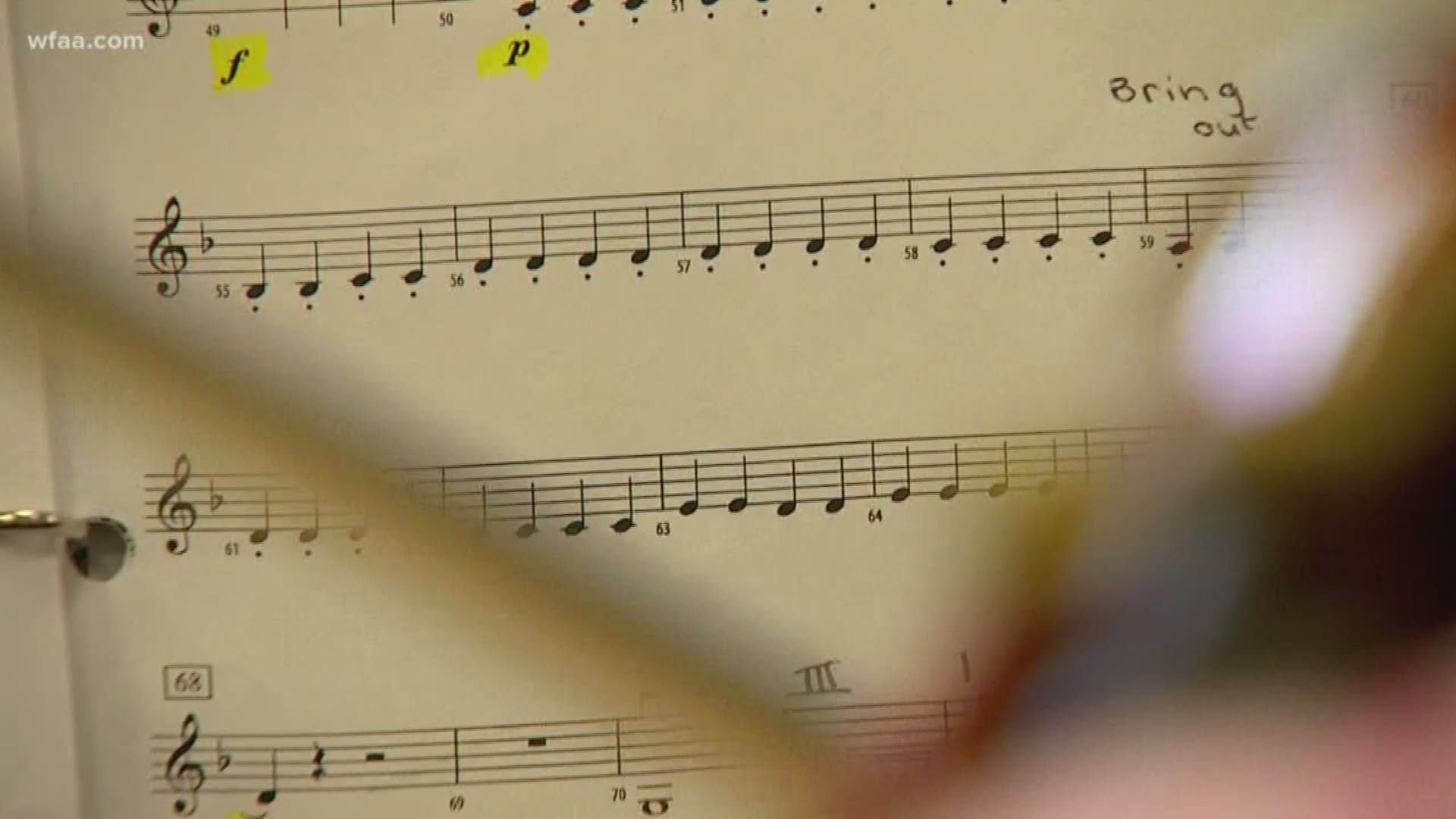 HASLET, Texas — The school year is winding down, and students are looking ahead. But an orchestra of eighth graders in Haslet wanted to thank their teachers before they headed to high school, and they did it in a way they will always remember.

Teachers Michelle Bell and Shannon Stevenson have been running the orchestra program at the school since it opened several years ago. They have now taught hundreds of kids to love music.

"It's the best job," Bell said.  "If you can get them hooked on what's going on in your classroom, they will move heaven and earth for you."

"They come in as baby-faced sixth graders, and they're terrified of middle school," Stevenson said. "They don't know how to open the case on their instrument, much less hold it."

They teach their kids to play, and they teach them to think of their orchestra like family.

It's become a tradition at the school for eighth-grade orchestra members to give a gift to their teachers before they move on to high school.  But this year, the graduating eighth graders wanted to go beyond the usual signed group photograph or flowers.

"We were like, 'How can we up the game and do something cool?'" student Claire Summers said.

The students decided to teach themselves a secret song and surprise their teachers with a performance of it at their final concert of the year. They rehearsed in classrooms and practice rooms for months, taking turns to direct each other to make sure they got the music just right. Their teachers had no idea that an entire orchestra was rehearsing behind their back.

"I thought, 'How did we not know?' We had no clue," Stevenson said.

The song they selected was "Remember Me," an Oscar-winning tune from the Disney movie "Coco." The Chamber Orchestra's rendition didn't need lyrics to resonate with their surprised teachers, who couldn't hold back tears after just a few notes.

"I don't know that I've ever received a more beautiful gift," Stevenson said.

"As a teacher, you just pour into these kids. And for them to pour into us the way they did, I'm not sure they even know how much that meant to us," Bell said.

They are teachers and students who will always remember each other, and one unforgettable performance.

"When they were crying, I was just like, 'Yes, we did it!'" Summers said.  "We accomplished our goal."

RELATED: Five hours before dying, this veteran married the love of his life