Arlington debuted a new public transit system that the city says is the first of its kind in Texas utilizing cutting-edge driverless car technology. 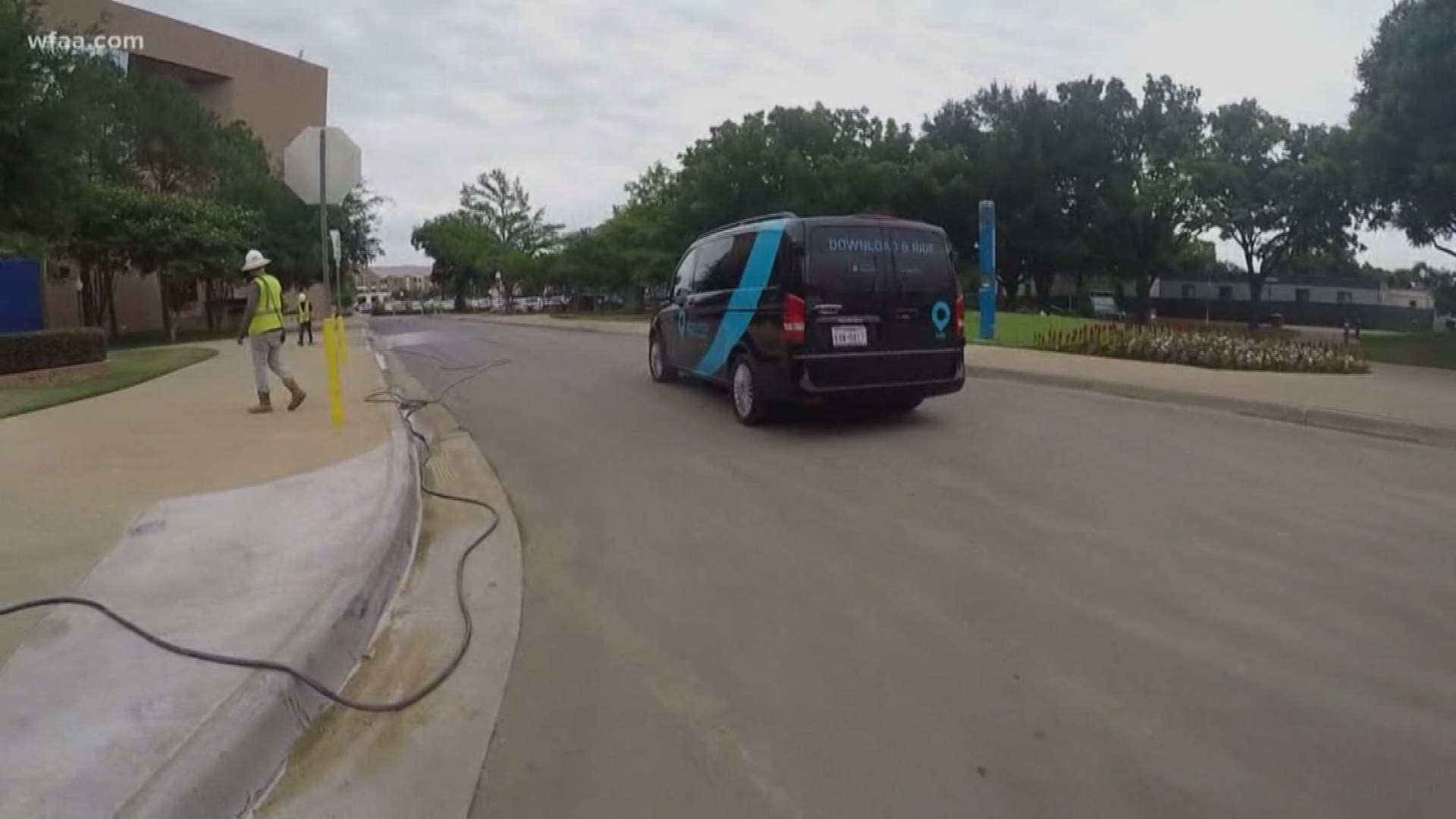 ARLINGTON, Texas — Arlington debuted a new public transit system that the city says is the first of its kind in Texas utilizing cutting-edge driverless car technology.

A fleet of five bright orange vans from California-based Drive.ai will begin operating on routes to connect passengers in the city's transportation district. ides will be free for passengers, and the service will operate from 11 a.m. to 6 p.m. Thursday through Sunday.

The technology is also being tested by workers at a Frisco office park, but officials said this is the first time the vehicles have been accessible to anyone as a form of public transportation.

"We will continue leading the way and take advantage of unique and efficient transportation options that become available," said Mayor Jeff Williams at a media event showcasing the new fleet.

Arlington is one of the biggest cities in the country without a traditional mass transit system, so the city has become a laboratory. An Uber-like ridesharing service called Via serves a portion of the city with a flat fare, and the city previously piloted a driverless shuttle system that ran on sidewalks in the entertainment district. This new technology replaces that shuttle system with several key differences. It will run alongside traffic on regular roadways and travel faster.

"[The previous system] was running at speeds of around 15 miles an hour," said Williams. "Here, you're able to go on up and you're going to 35 miles an hour. This vehicle is able to detect the speed limit."

The high-tech fleet is equipped with multiple cameras and sensors, and vehicles are painted bright orange with digital signage to clearly alert other drivers to their presence. While rides will be free for passengers, the mayor said the city is spending about $400,000 for a pilot program that will last at least a year.

"It's a pretty nominal fee," he said. "To give you an idea, if we were putting in light rail, it would be costing $50 million a mile."

Passengers will be able to hail rides at kiosks positioned on the routes, or they can use a phone app. Inside, passengers press a button to start the ride, and while the cars are driving themselves, a human safety driver will initially be sitting behind the wheel as a backup.

"As a self-driving company, as an industry, we have to be very careful and responsible," explained Drive.ai CEO Bijit Halder.

Now operating in the shadow of Six Flags' roller coasters, Arlington wants these new vehicles to be more than a thrill ride. They hope driverless cars can be a real form of transportation.