Know before you go: Changes to expect when you vote

If your county has implemented the Countywide Polling Place Program or vote centers and you’re new to the experience, the county websites have info on where to vote. 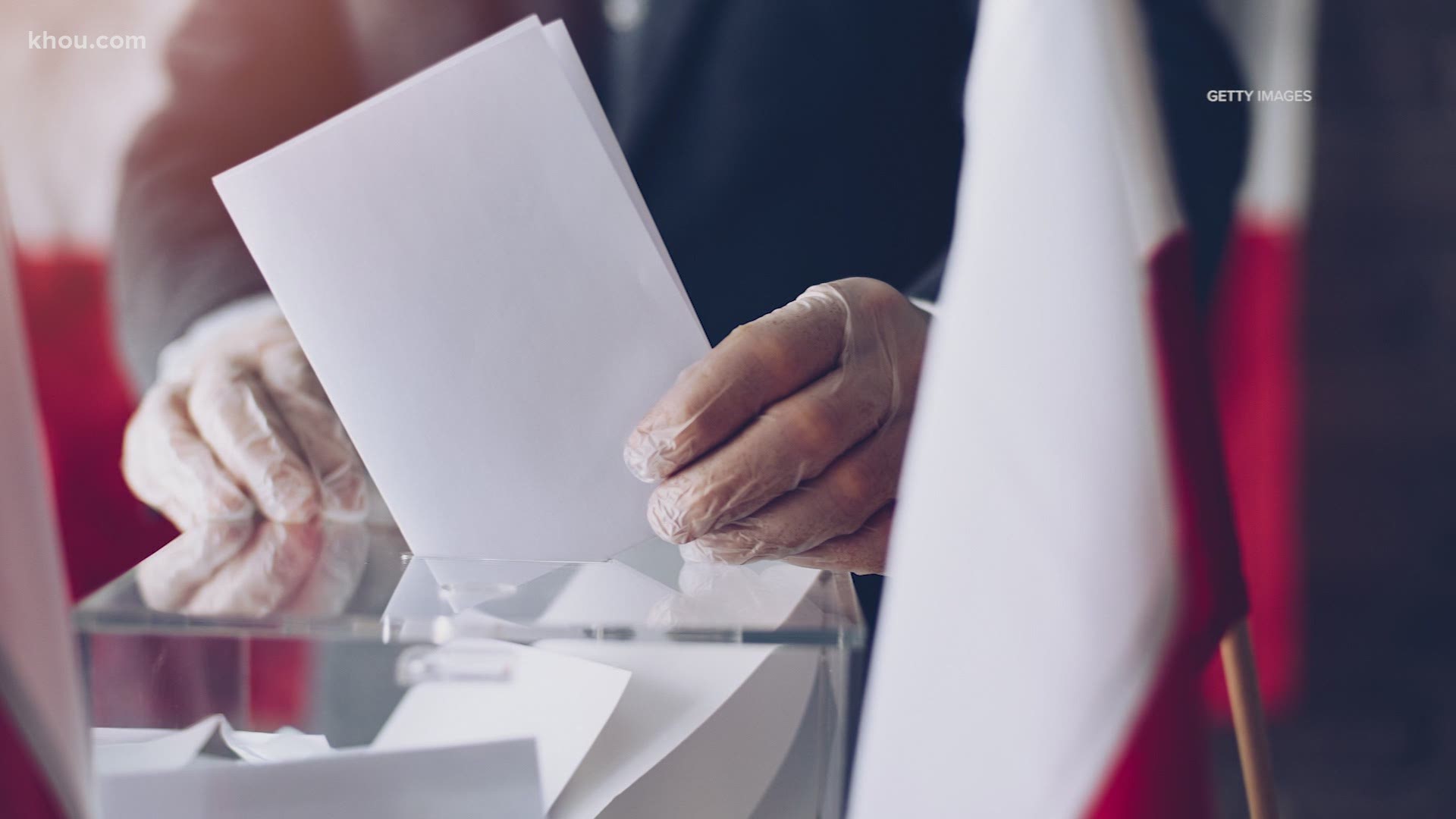 HOUSTON — Editor's note: On Sept. 25, a U.S. district judge blocked Texas from eliminating straight-ticket voting as an option for people who vote in person this November. Click here for more information.

As you head out to vote early in Texas, starting Oct. 13, or you’re waiting until Nov. 3, there are a few changes you want to be prepared for.

“It’s important for voters to make a plan to vote,” said Brandon Rottinghaus, a professor of political science at the University of Houston. “The model for counties in the last few years has been to move to a vote center, so instead of voting at your individual location where you have to vote, you can vote at any of these vote centers all across the county.”

If your county has implemented the Countywide Polling Place Program or vote centers and you’re new to that experience, the county websites have information on where to vote.

You can also find the list of counties using vote centers for the first time in the general election on the Texas Secretary of State website.

Rottinghaus said this is the first general election where straight ticket voting is not an option.

“Straight ticket voting allows for voters to go and do a one punch vote,” Rottinghaus said. "Nnow voters are going to have to go line by line, candidate by candidate, to determine who they want to vote for.”

To make the process easy for yourself, check out a sample ballot, Rottinghaus recommended. And do research of who you want to vote for.

“Be prepared for a longer line,” he said. “This is going to be an election where you've got a lot of people who want to vote.”

“So if people can take a time to do it early, that's when to do it,” Rottinghaus said.

He suggested patience for all, as the final count may not be immediately available.

“It could take a couple of days for the full process to complete because counties got to count mail ballots and you've got a long, long length of the lines, probably leading to more votes to have to be counted on election night going into the next day,” Rottinghaus said. “But we shouldn't take from that that this is a flaw we should take from it, that the process will work itself out and that the platform is in place to be able to accurately count everybody's vote.”