Trevor Cadigan, a former WFAA intern and son of WFAA production manager Jerry Cadigan died after the helicopter crashed into the waters and flipped upside down. 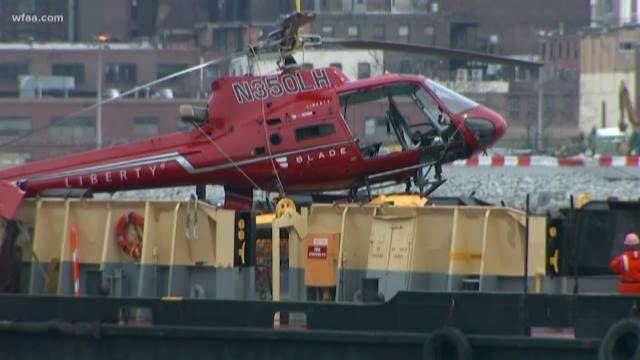 DALLAS – You may have seen the heartbreaking video of the helicopter crash in New York City Sunday night.

That video is hitting close to home for our WFAA family. We are saddened to report one of the five killed was the son of a longtime employee.

Trevor Cadigan, a former WFAA intern and son of Production Manager Jerry Cadigan, died after the helicopter crashed into the East River and flipped upside down.

Cadigan, 26, graduated from Southern Methodist University with a degree in Journalism and had recently moved to NYC to begin a career with the Business Insider. Cadigan graduated from Dallas’ Bishop Lynch High School in 2010.

WFAA has also learned a second victim in the crash is a Dallas firefighter. Brian McDaniel, 26, was with the Dallas Fire-Rescue for two years. He was on vacation in NYC. McDaniel also went to Bishop Lynch and graduated in 2010.

The Bishop Lynch community mourns the tragic loss of Trevor Cadigan '10 and Brian McDaniel '10, and prays for the comfort of their families and friends and all who grieve their loss. https://t.co/KbFv39NdhF— Bishop Lynch HS (@BishopLynch) March 12, 2018

Moments before the crash, Cadigan posted an Instagram video, showing the group taking off as the sun was setting. He appears happy and a man behind him, who looks like McDaniel, gives the "thumbs up" signal. 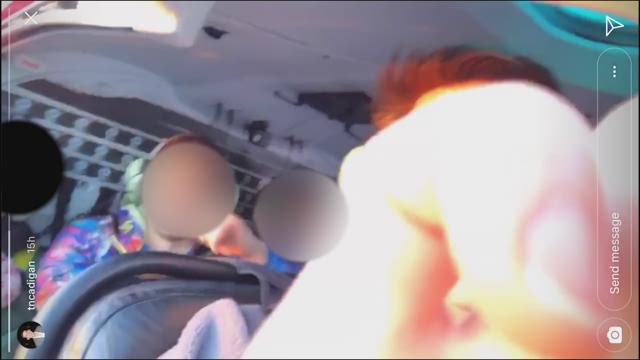 The pilot was able to free himself and was rescued by a tugboat after the crash.

A video shared on Twitter showed the helicopter go down just after 7 p.m and capsize. The Associated Press reported the aircraft was owned by Liberty Helicopters, a company that offers private charters and sightseeing tours.

@cnn @FoxNews just witnessed a helicopter crash into the East River .. hope everyone’s ok. Caught it all on tape! pic.twitter.com/saHOMTLR69

"The entire WFAA family is heartbroken by the sudden and tragic loss of Trevor Cadigan. We would like to thank the many friends and former employees of WFAA who have reached out to offer your condolences and support. Our thoughts and prayers are with all of Trevor’s family and friends, and with the families of all of the victims of yesterday’s tragic accident."

Sad news today. Trevor Cadigan, an #SMU journalism alum and contributor to GuideLive, was in a fatal helicopter crash. He had a passion for #craftbeer and last fall wrote about the team at @Peticolas Brewing. Sharing the story today in his memory. https://t.co/vMcxVirgXG

A GoFundMe has been set up by WFAA for those interested in donating and helping the Cadigan family at this time.

WFAA reporter Jason Whitely mentored Trevor Cadigan while he was an intern and kept in touch with him in the years after. He was vacationing in New York with his own young son when he heard about the crash, and told WFAA that his "heart sunk" when he heard Cadigan was on board.

"He was an immediate standout," Whitely said. "We don't have many interns who can speak Chinese. This guy was fluent in Mandarin."

"He was incredibly charismatic," said Michele Longoria, his broadcast teacher at Bishop Lynch. "If you say the name Trevor Cadigan, the first thing they're going to do is laugh and then giggle because he was just larger than life."

The "Typical Teen" segment was "the most beloved and anticipated news segment every week," Longoria said.

"It was his musings and ponderings," Longoria said. "In that, I saw this incredible birth of a young man who found something that he really, really wanted to do."

Whitely said after graduating high school, Cadigan moved to China for six months to become fluent in the language. His interests in that and business journalism led him to New York, where he got his big break.

For the past few months, he had been sending scripts for Whitely to look over and critique. The latest was sent on Friday.

"He was a sharp guy," Whitely said.

He said it didn't surprise him that Cadigan was riding in a helicopter, as the 26-year-old was adventurous and wanted to see and do everything.

"This guy was a risk-taker," Whitely said. "He didn't let anything pass him by."

Authorities identified the other three victims of the crash as Daniel Thompson, 34, Tristian Hill, 29, and Carla Vallejos Blanco, 29.