The first deadly shooting was reported around 7:15 p.m. Friday. Police got the fifth call just after 2 a.m. Saturday. These crimes are not related. 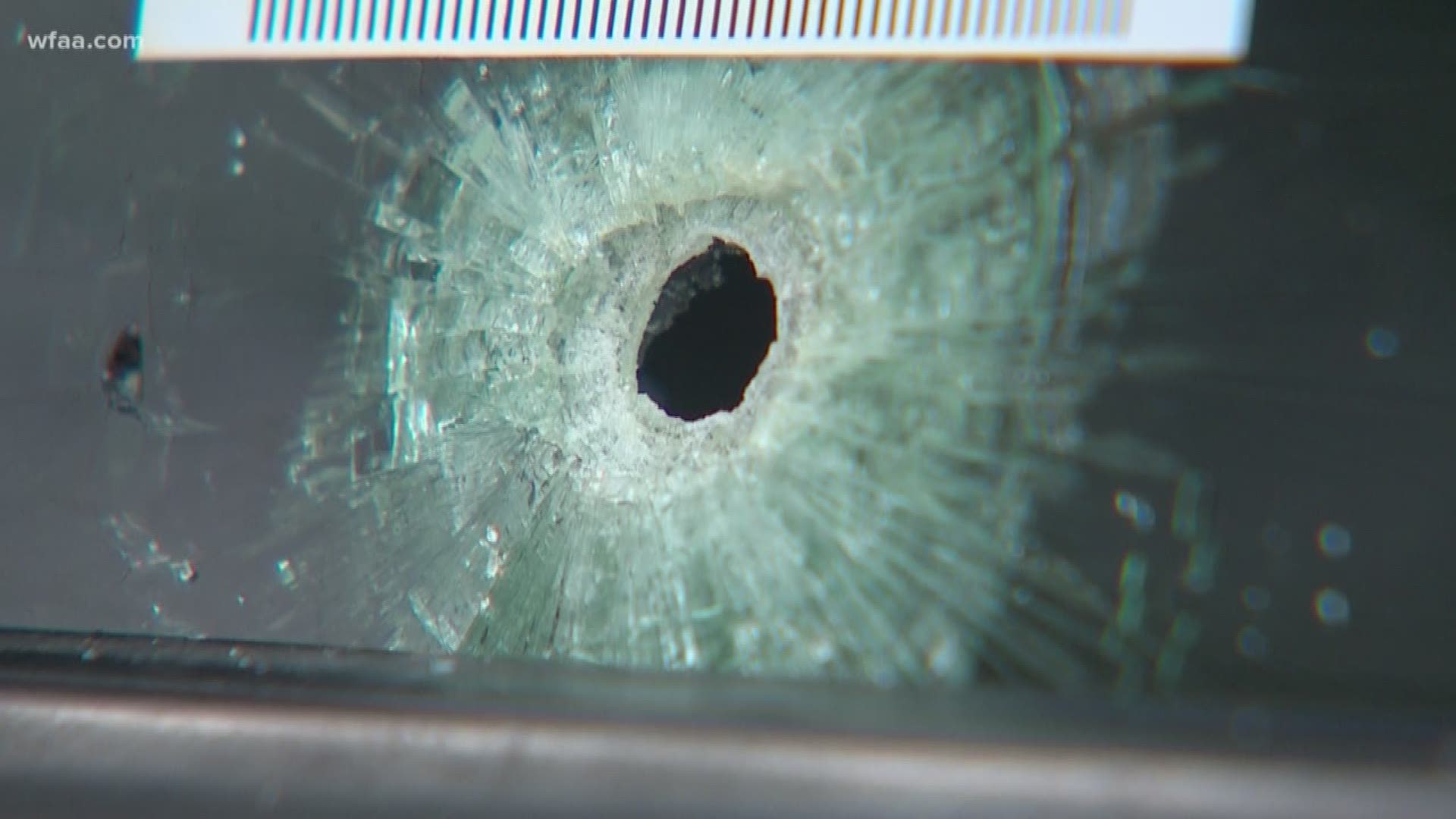 DALLAS — Miguel Orozco can point to three bullet holes in his brother’s car.

But his family isn’t upset. Instead, they are grateful.

“Thankful this car was right here because we would probably be in the hospital right now (if it wasn’t),” he said.

Orozco and his family live across the street from Cherrywood Park near Dallas Love Field.

Dallas police responded to the park at about 9 p.m. Friday after a car reportedly drove down Cedar Springs Road and opened fire at people in the park.

“Out of nowhere, you just started to hear gunshots,” Orozco said. “First, we thought it was firecrackers. There were like 10 kids (out) here.”

DPD says four people were hit by gunfire. Sadly, Alan Valdez, 20, was shot and killed. Police have not made any arrests.

What happened at Cherrywood Park marked just one of five deadly shootings in the Dallas area over a seven-hour period overnight.

Montavious Rudd, 31, was shot in the 4700 block of Village Fair Drive at about 7:14 p.m. Friday. He died at the hospital from his injuries. Ethan Black, 26, turned himself into police and was arrested and charged with murder.

At 10:45 p.m. Friday, police say “two acquaintances” got into an argument that turned deadly in the 1200 block of Peavy Road. Richard Pena, 54, was shot and killed. Police say Bobby Roberts, 56, confessed to the shooting and was arrested.

At about 1:12 a.m. on Saturday, police found Damon Hines, 39, shot near the back of an apartment complex in the 2700 block of E. Ledbetter. Hines was pronounced dead at the scene. No arrests have been made.

At 2:09 a.m. Saturday, Juan Martinez, 38, died after being shot multiple times at 3206 Aster Street. Police have no one in custody in connection to this crime.

In another shooting that wasn't deadly, a 7-year-old girl was injured during a road rage incident. According to Dallas police, the driver, 27-year-old Jaceob Soto, of the car in which the young girl was a passenger admitted to police that he fired at a Mustang while in the 3500 block of Julius Schepps Freeway just before 9 p.m. Friday.

The driver of the Mustang, who was also armed, said he feared for his life and returned fire, which struck the young passenger inside Soto's car. The girl was transported to Children's Hospital with non-life-threatening injuries. Soto was charged with aggravated assault.

A grand jury will decide whether to indict the driver of the Mustang on an injury to a child offense.