The Skyline High School teacher was allegedly connected to Identity Evropa. The group helped plan the Unite the Right Rally in Charlottesville in 2017, according to the Southern Poverty Law Center. 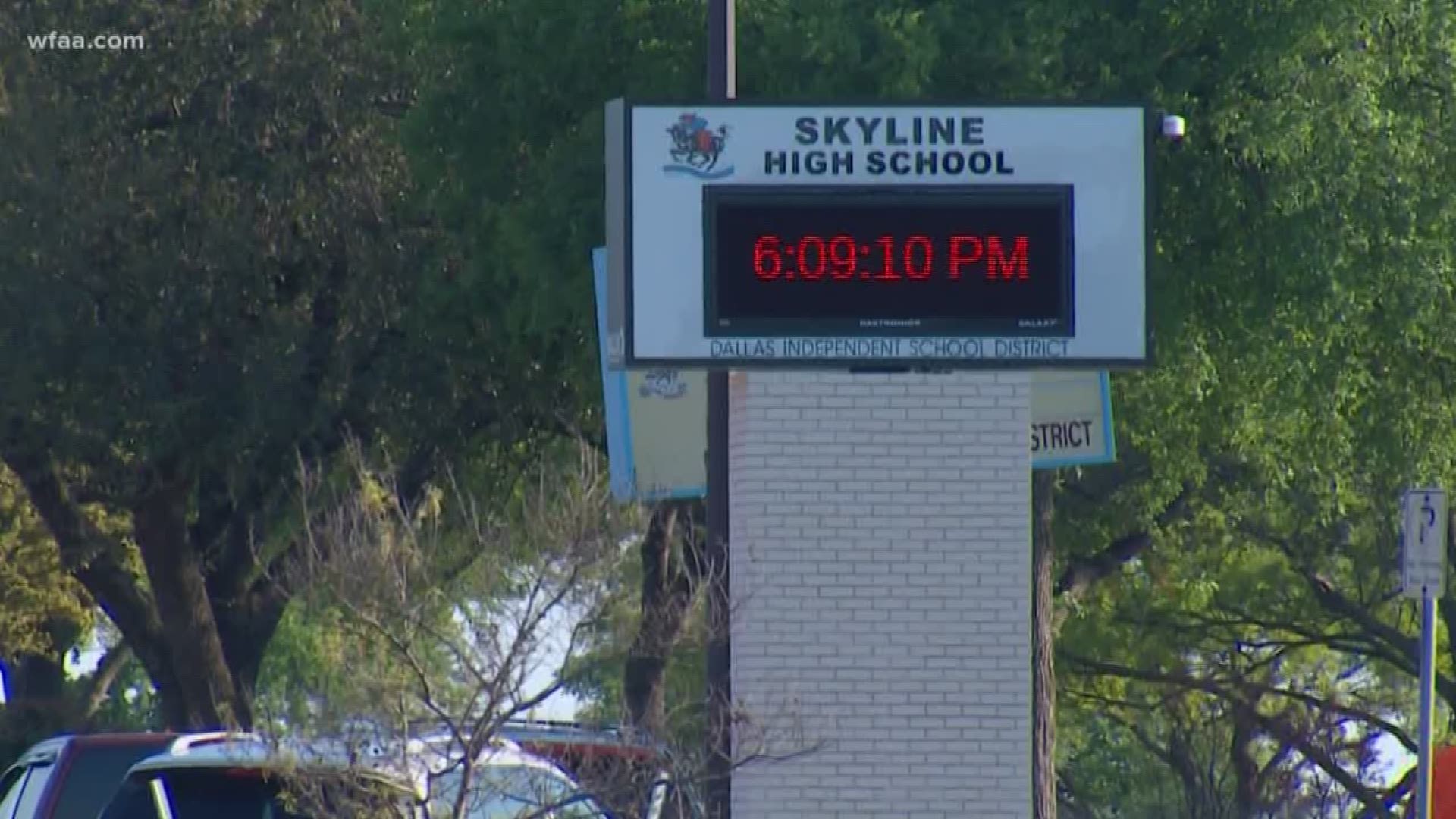 A teacher at Dallas Skyline High School was placed on administrative leave Thursday and is now under investigation after a watchdog website posted a profile of him and his alleged connections to a white supremacist group known as Identity Evropa.

WFAA has confirmed that teacher’s name is Stephen Arnquist.

Per the watchdog profile and the Southern Poverty Law Center, Identity Evropa’s internal chats were recently publicized and a number of its members were independently verified by watchdog groups.

Identity Evropa is defined by the Southern Poverty Law Center as a white nationalist hate group.

Per the SPLC Identity Evropa members, “helped to plan the deadly 2017 Unite the Right Rally in Charlottesville, but have since attempted to publicly distance themselves from events that could both tarnish their image and land them in legal trouble.”

The group has since rebranded itself as the American Identity Movement according to the SPLC.

RELATED: Trump calls for peace on Charlottesville anniversary: 'I condemn all types of racism'

The Dallas Independent School District sent WFAA a statement saying, “Today, Dallas ISD was made aware of information circulating regarding alleged social media posts and comments by a Skyline High School teacher. The employee has been placed on administrative leave, pending the outcome of an investigation. The teacher joined the Skyline staff in August 2018.”

The statement continued: “Dallas ISD is committed to providing high-quality instruction in every class. We proudly embrace the diversity of our students and value the families we serve. Together, we believe every student can grow, succeed and achieve.”

A spokesperson for the school district told WFAA that the investigation is to verify the authenticity of the social media posts that are circulating.

More than 90% of Skyline's students are made up of minorities, and one of the messages claimed to have been posted by Arnquist appears to talk about that.

The message said, "The school is 40% black, 60% Hispanic school. The school was 90% white back in the 70s. Walking down the hall by the auditorium looking at the band, choir, etc, photos year by year, it's...it's not fun."

Another message read, "They are somewhat high tier blacks and Hispanics, (talented 10th) but they're still unimpressive compared to mostly white classes I observed in neighboring districts."

Arnquist has not yet been reached for comment about the investigation.