Once a week, Paulette Johnson shuts down her South Dallas restaurant to paying customers, so she can serve the homeless or those in dire need. 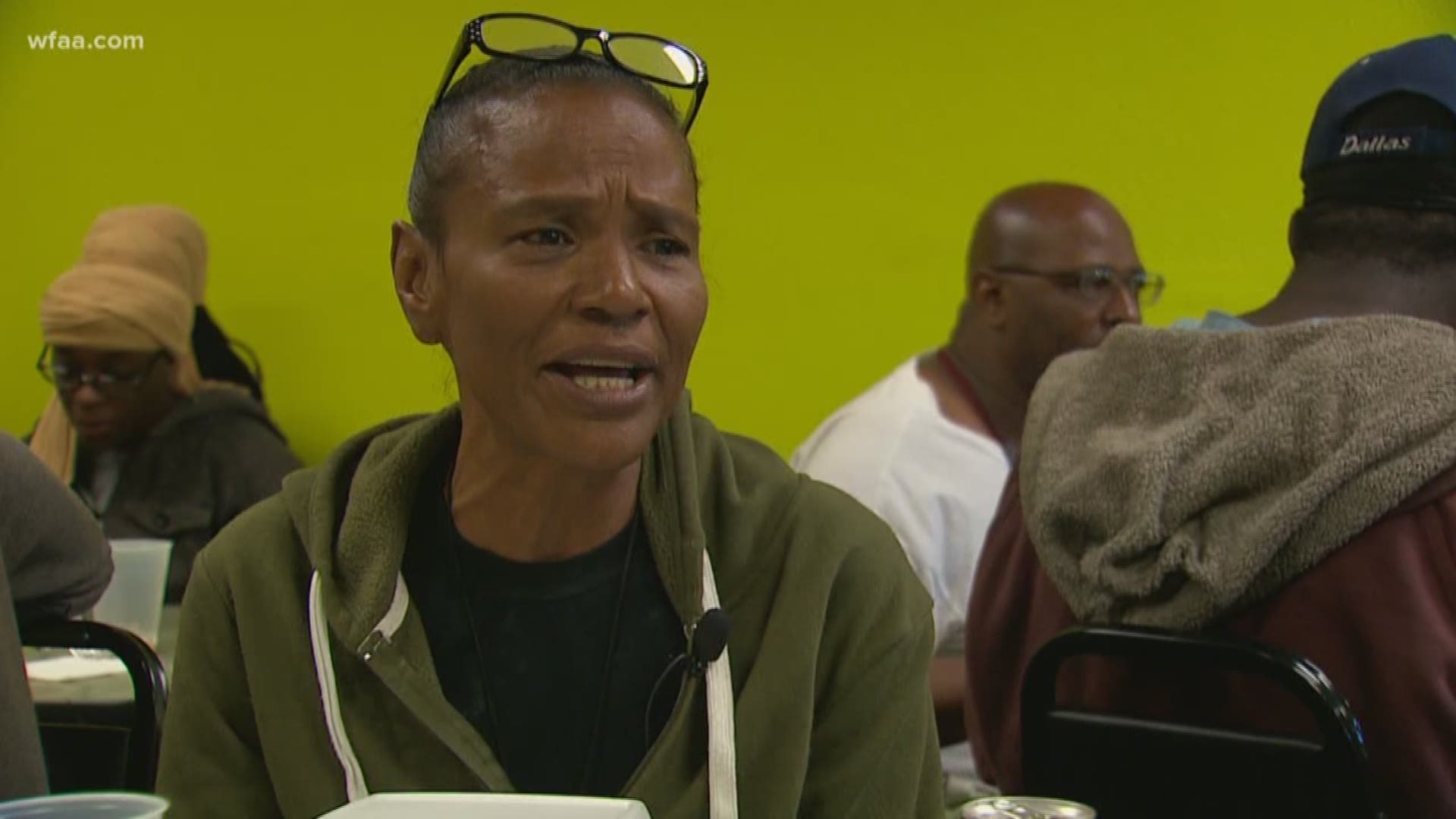 At Trucker's Cafe at 1910 Martin Luther King, Blvd. in South Dallas, it's the Monday lunch crowd that really feeds her soul.

They aren't the usual clientele.

Once a week, Johnson shuts down her restaurant to paying customers so she can serve the homeless or those in dire need.

Here, they get a hot meal, clothes, shoes, toiletries. But most of all, Johnson wants them to walk away with hope.

"I just feel blessed that somebody is out here to care, people like us," said Barbara Jameson, who has an easy smile despite the hardships that led her to Johnson's Monday lunch.

"My heart just flooded, there's no word ,I just feel good," Johnson said. "I been aching all day in the morning, feet everything, dealing with my health, but once I see these guys, all that goes away."

Paulette knows what it's like to go without. She grew up in a battered women's shelter, where she learned to cook and give back.

"I just thank God for waking me up, do what I do today. Because I know people out here struggling every day," Johnson said, through tears. "It's still hard for me, but I'm just worried about everybody that I could help. It's just me, and if I can help and put smiles on people's face, that's all I need."

Johnson said running a restaurant herself isn't easy, but she only spends on absolute necessities for herself and her family, so she has enough money to give back.

There's a sense of community during the Monday lunch. Doors open at noon, and everyone is greeted enthusiastically, and given a number and a seat when they walk in. Everyone is served a home-cooked hot meal when their number is called. No one is turned away.

Johnson invited singer Capt. Jack Watson to perform at her Monday lunch. He used to be homeless, and now travels with a band.

"Just hug them and inspire them and let them know, somebody up there still cares, still loves," Watson said. "Never look down on anybody because you never know, the next day that person might be up, and I'm a living example."

Johnson said she doesn't just serve the homeless on Mondays. She'll never throw food away, and will give any extra to those in need.

Trucker's Cafe is always looking for volunteers and donations for their Monday lunch. If you'd like to help you can stop by the restaurant.