Signs that Dwaine Caraway ever served on the Dallas city council are disappearing. 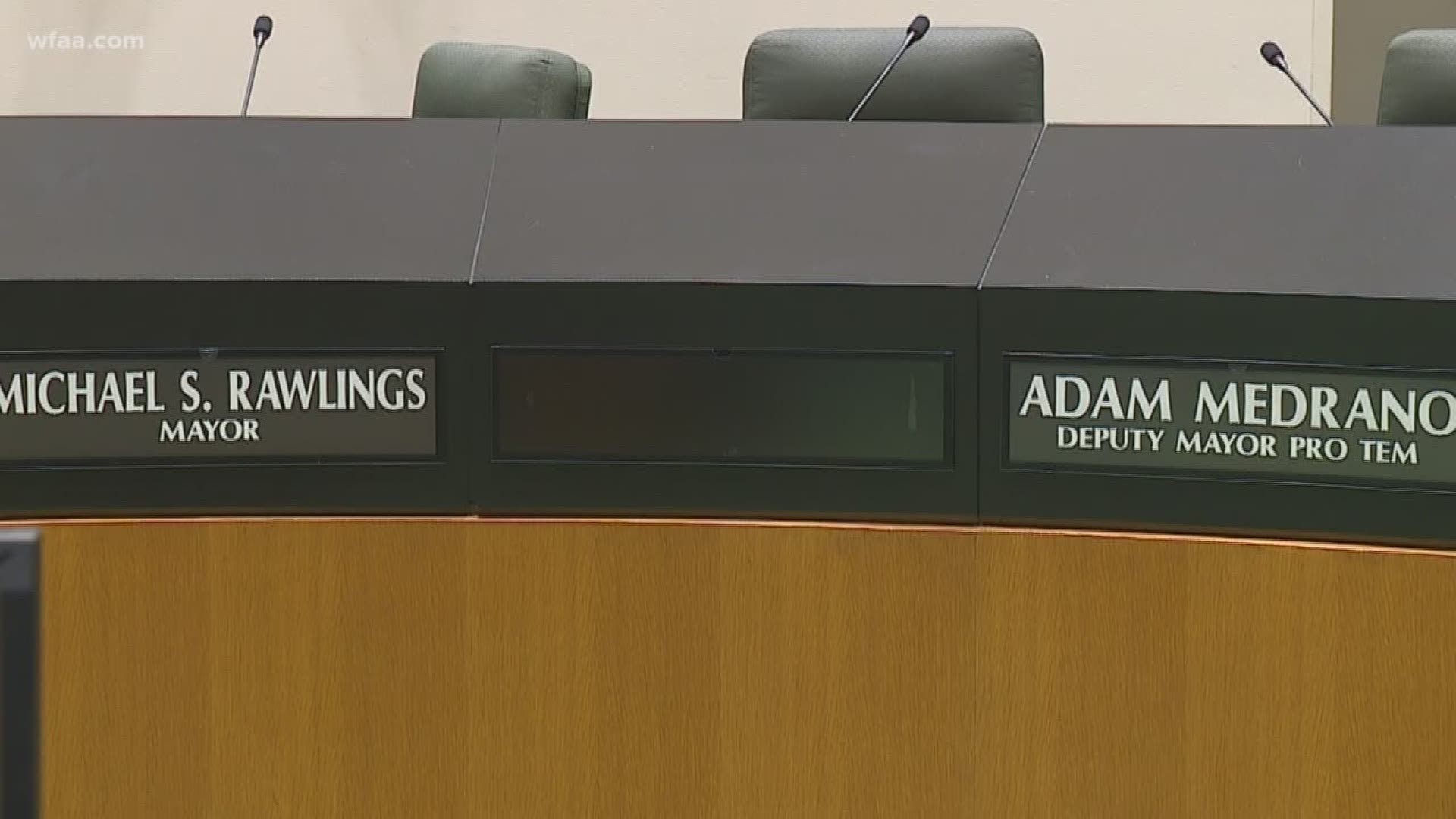 DALLAS -- Signs that Dwaine Caraway ever served on the Dallas city council are disappearing. His nameplate was removed from his seat in Council Chambers, and his picture has been taken off the wall.

The city now has to clean up the mess he left behind. The city manager spoke about it for the first time. "Well, I for one, thought it was a sad day for the city and for people's perception of what public service is and is all about,” said City Manager T.C. Broadnax.

The city will have to pay for a special election to fill Caraway's seat. "Right now, I am estimating it could be between $300,00 to 500,000, but that's just an estimate,” said Broadnax.

And that's not all it's going to cost Dallas residents. Caraway took bribes from a company that provided cameras for school buses. They had lucrative contracts with Dallas County Schools that operated the buses, but DCS was also responsible for school crossing guards. Since Dallas County Schools was forced to dissolve over the whole scandal, the city now has to pay more than $5 million for crossing guards.

"I am very disappointed. I think it's a shame something like this has occurred again at Dallas city hall,” said Councilman Kevin Felder.

Caraway was building an office in District 4, so residents wouldn't have to go all the way to downtown with their concerns. That's been placed on hold.

Other council members say will fill the void until a new council representative is elected. "Is there a dark cloud overhead? Absolutely. It just means we have to double our efforts,” said Councilman Adam McGough.

No one knows who will fill Caraway's seat. No names have emerged yet. In the meantime, there is still an ongoing federal investigation and Caraway is cooperating and talking, so many wonder if he's only one of the first domino to fall.