Even with all those complaints, Dallas has yet to adopt any concrete rules or regulations surrounding rental bikes. 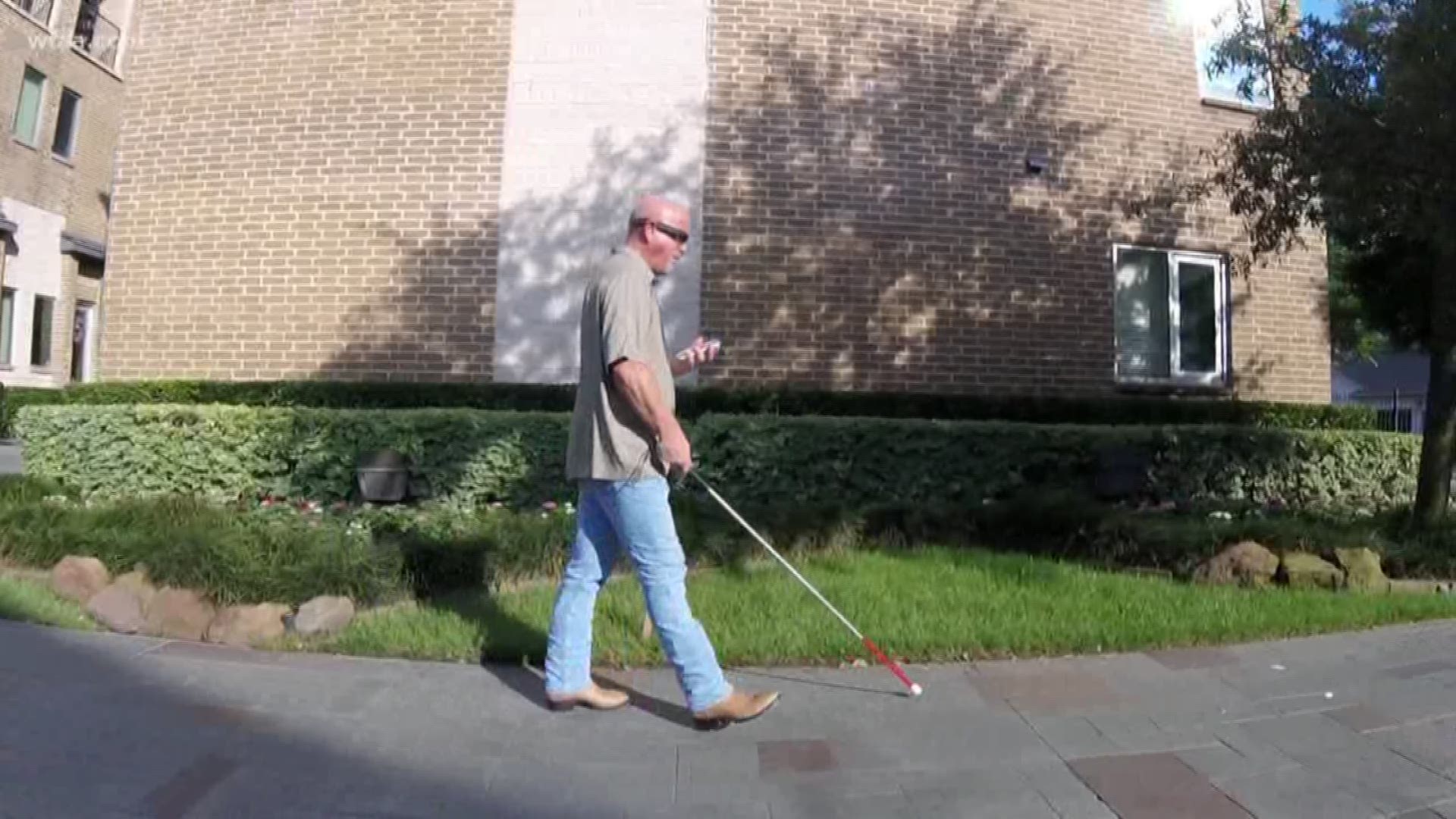 DALLAS— A blind man in Dallas is forking over some serious cash monthly to avoid tripping over rental bikes throughout town.

Since September of 2017, the City of Dallas has fielded 2,953 complaints regarding rental bikes through 311.

Many of those complaints surround bikes being abandoned in the middle of the right of ways, sidewalks, trails, and trailheads.

Even with all those complaints, Dallas has yet to adopt any concrete rules or regulations surrounding rental bikes.

The city’s transportation department is recommending to city council that each bike share company pay an annual permitting fee.

That number is still being determined but in other cities, it's been in the hundreds of dollars.

And city staff will also recommend that the city council agree to charge each company a per-bike fee: as much as $15 to $20 for each bike they want to place in the city every year.

Earlier this year, Burton partially tore his ACL when he tripped over a rental bike near his home.

“Someone had just ridden it and dropped it. I hit it, and then just face first you know,” Burton said at the time. “I tore up my knee pretty bad and my ankle.”

Burton is all healed up now, but he’s also making sure he doesn’t fall over another rental bike again.

The 56-year-old is now wearing Aira smart glasses. The glasses have a camera on the side.

If Burton calls a number on his phone, the feed from that camera goes to an agent who works for Aira.

That agent then gives Burton alerts, and turn-by-turn directions when he walks—seeing obstacles that he can’t.

“This has given me a freedom that I haven’t had,” Burton said.

But Aira does more than help Burton cruise the streets, he says it also helps him around the house.

“Just the other day I dropped an earbud on the ground,” Burton said. “I called them up and they found it with one quick scan.

“It’s just liberating. They’ve made a huge difference in my life and I want to thank them for that,” he said.

Dallas based AT&T provides wireless connectivity for Aira’s devices. However, Burton must use a WiFi hotspot with him whenever he uses his specs.

Though, WFAA was told that newer Aira glasses will work off a cellphone’s connectivity and won’t require a hotspot. Just a few days ago, Aira made AT&T its global data provider.

Burton pays $329 a month for unlimited Aira service. Yet, he says the price tag shouldn’t scare anyone who is visually impaired.

After all, Burton doesn’t drive and most car payments are more than that.

Aira also offers cheaper packages that surround an allotted number of minutes given to owners each month.

For Burton, it’s money well spent. He says It’s worth not injuring himself again and having a peace of mind.

“I don’t know if you can put a price tag on freedom,” he said. “I’m a self-driving blind guy—and I’m loving every minute of it.”

After we shared Burton's story earlier this year, the Dallas Lighthouse for the Blind urged its community to voice concerns to city leaders.