"It's an honor," said Yolanda Fisher. "Because this is something we do day in and day out. And now we're being recognized for something we've been doing for years." 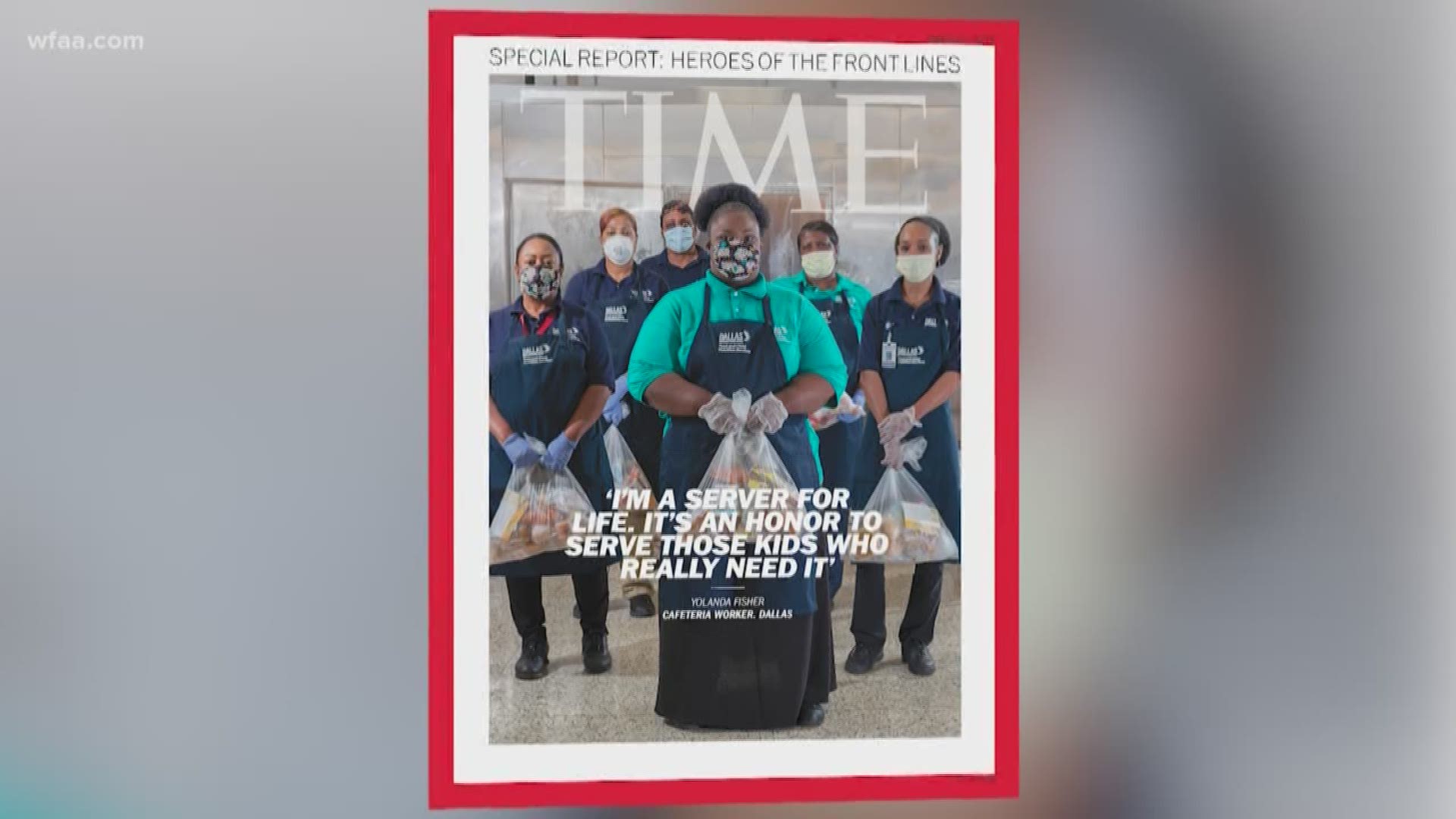 DALLAS — The school lunch lady at your local school isn't usually the first person you think of when the discussion of "heroes" comes up. But it should, especially now.

Time Magazine made it official by singling out a half dozen heroes in the Dallas Independent School District's Food and Child Nutrition Services.

"We're a team. The food service, the teachers, the custodians, we're all a team. We all make the school work," said Yolanda Fisher, a cafeteria manager at TW Browne Middle School.

Fisher is among the army of workers still processing and packing meals for DISD students to pick up for free every Thursday, while schools are closed during the coronavirus crisis.

Due to that, Fisher along with doctors, nurses, first responders and five other food services employees graced the most recent cover of Time Magazine in a special report called "Heroes of the Front Lines."

"If they could put our pay with doctors and nurses," Fisher joked, "we'll be extra happy," she laughed. "But we are honored to be on there with the doctors and nurses. It's an honor. Because this is something we do day in and day out. And now we're being recognized for something we've been doing for years."

DISD's food service workers are being extra careful, practicing social distancing, while also wearing masks and gloves as they pack food for students to pick up at a variety of DISD locations every Thursday.

But for WFAA's remote Zoom interview, Shannon Wiggins safely lowered her mask just for a second to say how much she enjoyed being called a hero.

"I love it. I love it," she said. "I think pretty soon I'm going to need a bodyguard," she laughed, joking about her newfound popularity.

These ladies, and all cafeteria workers, are justifiably famous now, because they are important heroes in the fight to keep children fed, even when school is on hold.

"Thank you," Wiggins responded. "Do you see that," she said with another laugh as she flexed her right bicep for the camera.

"I feel very joyful that DISD Food Service has the food that we can feed kids that really might not get fed if we wasn't giving it to them," said Fisher. "So, it's an honor that they are letting us do it."

Also, an honor to be considered a hero and getting the recognition they deserve.