Dale Hansen Unplugged: A border wall is 'a 14th century solution to a 21st century problem' 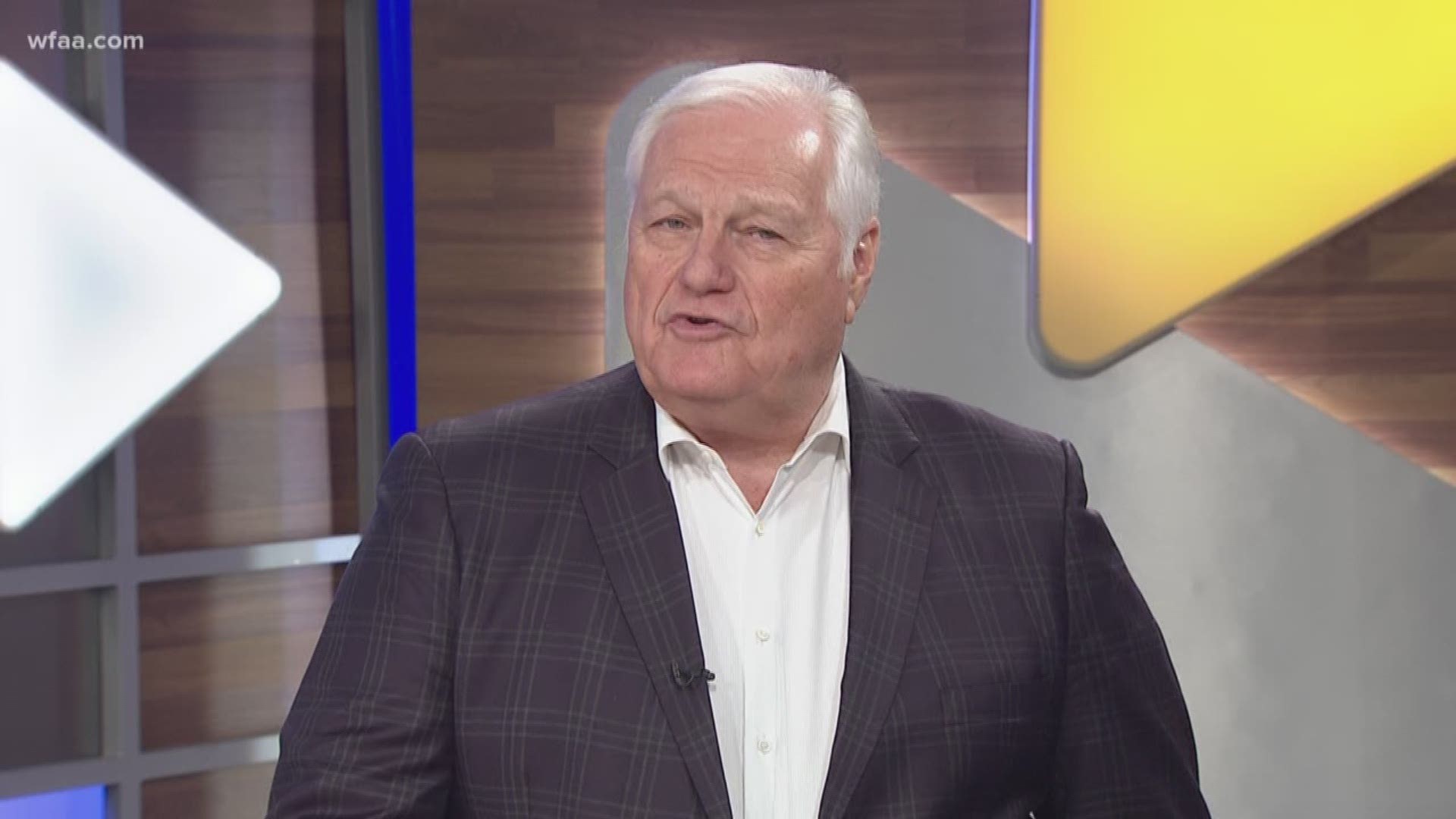 DALLAS — All this talk about shutting down the southern border reminds me of the little boy on the playground who takes his ball and goes home, because he can't play well with others.

And that's all the sports connection I need to write about what matters most.

This argument about building a wall at the border is a 14th century solution to a 21st century problem. I don't think there's a crisis at the border, but I do think we have a crisis of the American soul.

We have always been the country that believes what is written on the Statue of Liberty:

"Give me your tired, your poor, your huddled masses yearning to breathe free...I lift my lamp beside the golden door."

But we're trying to close that door now.

Our 40th president Ronald Reagan said illegal immigration is a serious problem, but "I believe in the idea of amnesty," even if they had entered illegally. He met with the president of Mexico, because Mr. Reagan also said he wanted to know how we could make the border something other than a locale for a nine-foot fence.

And yet almost 40 years later we continue to ignore the real problem. And we don't fix the problem because too many people care about who gets the credit, instead of who has the answer. And that's a problem on both sides.

We need those who are willing to work, because too many Americans won't. I cleaned Calvin Johnson's barn when I was a boy, and I knew then I would never do it again.

My friend owns a roofing company. He went to Oklahoma when the unemployment rate was nearly seven percent, and probably higher, saying he would walk the talk and hire only American workers. Not a single one applied to work on a hot roof in the heat of an Oklahoma summer.

I'm not a religious man, and haven't been for a long time, in part because I don't like many of the people who say they are.

But I have always loved the question: What would Jesus do?

And I don't think for a moment that the Jesus my mom knew and taught me about as a little boy would look into the eyes of the hungry, the homeless and the poor and tell them to stop at the border....while I build a wall.

I really have only one question tonight. If the United States was any of those Central American countries overrun by drug cartels — no jobs to make a decent living, and a country that when our children left in the morning we worried all day if they would make it home safe at night — If we lived in that country, but Canada offered us the safety and security we all want, but we're not welcome there, would you stop at the border and wait your turn?

I think every single one of us would swim across a lake, walk through a forest and hide in the shadows of Toronto to give our families a better life. And if we would, why can't they?

Oh, I do have one other question tonight: What would Jesus do?