Police said an SUV was going west on Singleton Boulevard when it ran a red light and hit a car headed south on North Hampton Road. 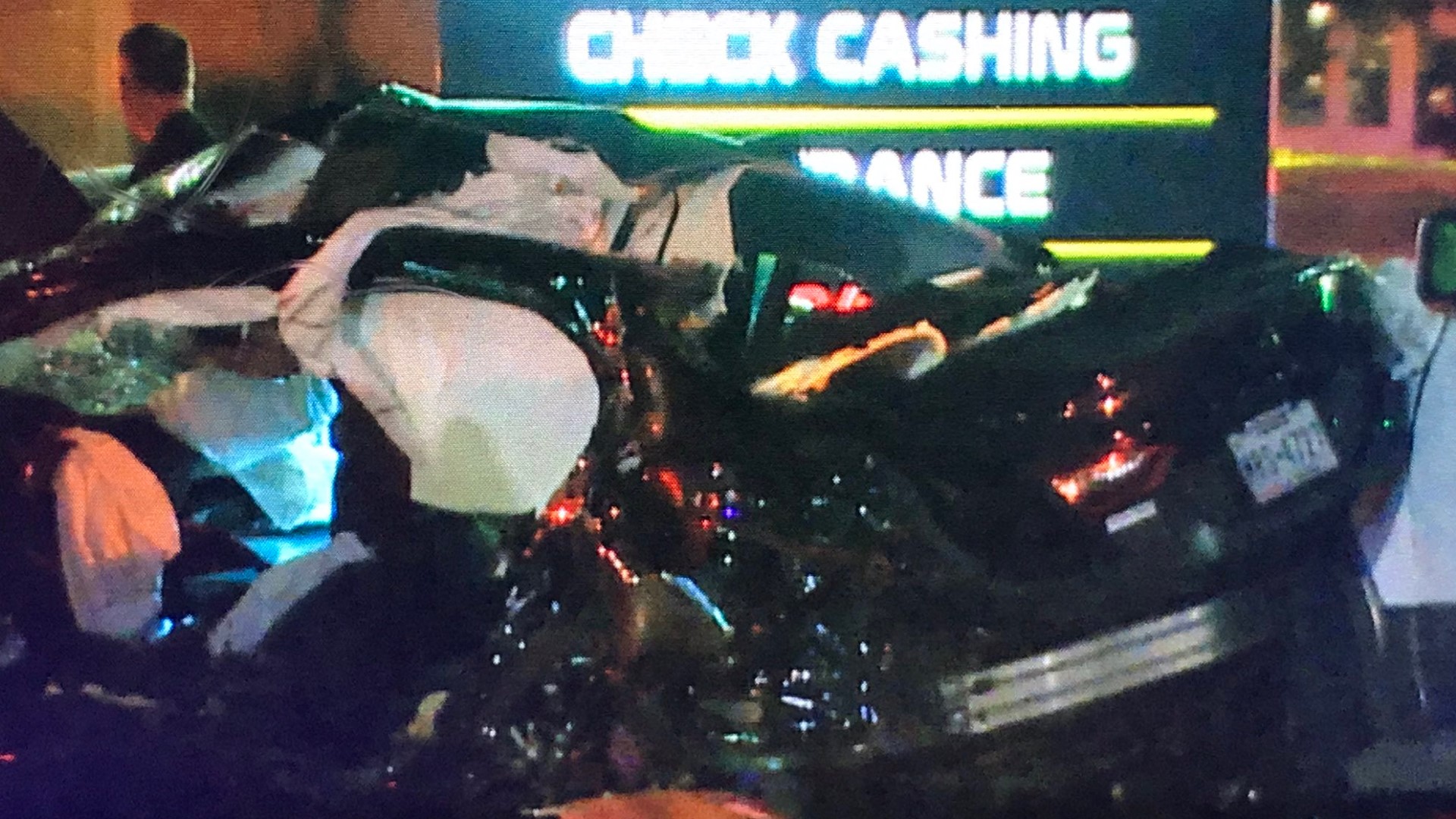 DALLAS — Three people were killed and at least two others were injured in a crash involving a suspected drunk driver early Monday morning in West Dallas, police said.

Police allege a 23-year-old man was speeding west on Singleton Boulevard in a SUV around 1:40 a.m. when he ran a red light and hit the left side of a black Toyota Camry that was headed south on North Hampton Road.

The crash caused the Camry to spin out and hit two other cars sitting at the red light on Singleton Boulevard, officers said, including a car driven by a 16-year-old boy that was forced off the road from the impact.

Four people were inside the Camry at the time, according to police. Two people died at the scene, the 47-year-old man who had been driving the car and a 19-year-old woman who had been sitting in the back left seat.

The 16-year-old driver of the car hit by the Camry was also taken to a hospital for minor injuries, according to police.

The 23-year-old man who had been driving the SUV was allegedly found to be under the influence of alcohol after he was taken to a local hospital, police said.