Lowe is the second Utah football player from North Texas to die in a shooting in the last year. His friend, Ty Jordan, died in Denton on Christmas Day. 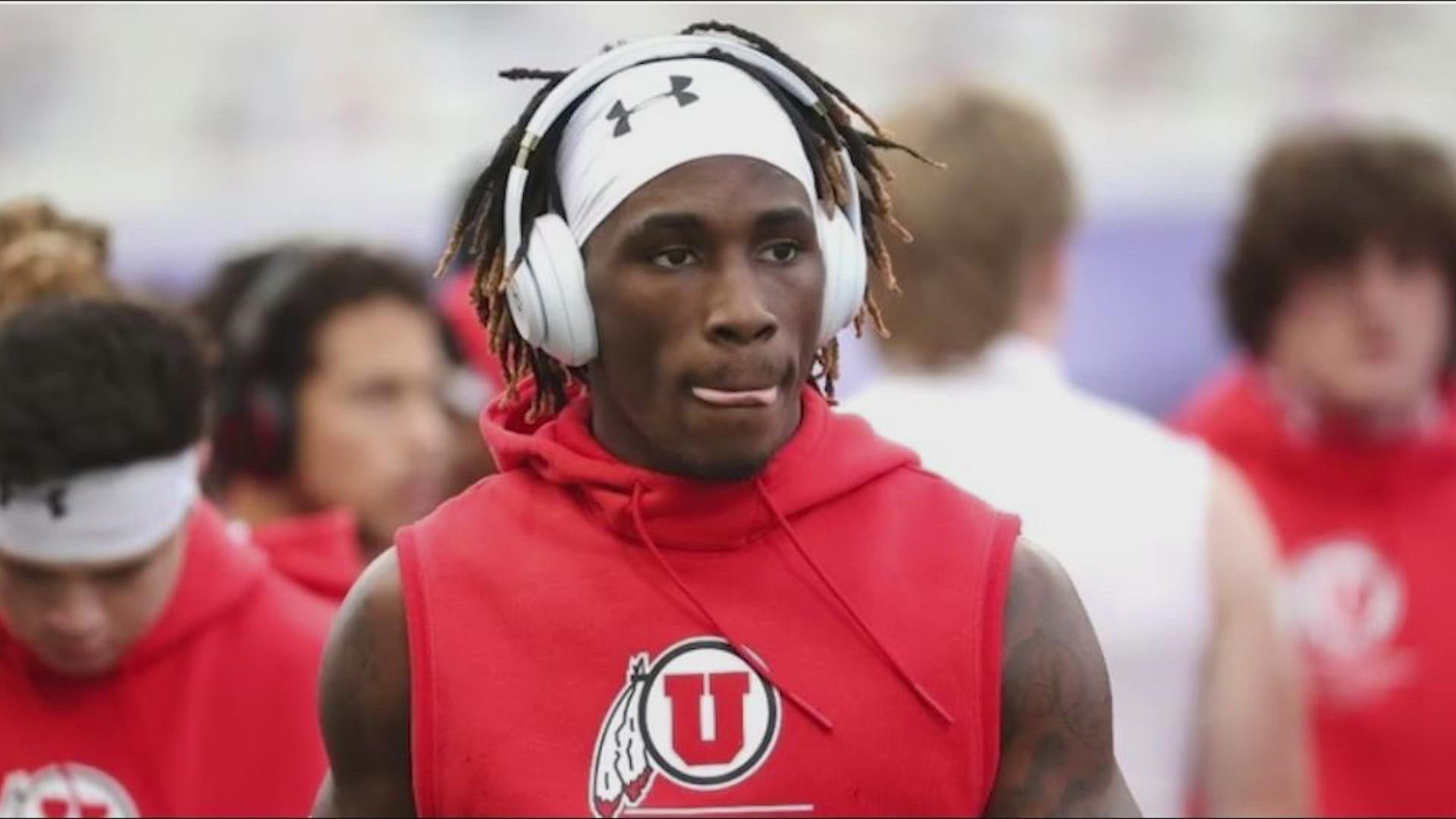 Aaron Lowe, 21, of Mesquite, was killed and a woman was critically injured in the shooting, which happened at a home in Salt Lake City, according to a police news release.

The woman's name has not been released yet.

“His mother called me at 2:55 and she says ‘well, we lost a child’,” William said. “There is nothing. And I tell you nothing, there’s nothing on this earth I don’t think worse than losing a child.”

He said Lowe knew from a young age he wanted to be a football player.

“He didn’t have two or three goals. Never heard him talk about anything but being a professional football player,” William said. “As a parent you don’t want to boast, but he was, he was just that -- He was a great kid.”

“My God makes no mistakes,” Smith said. “A lot of people of people serve a lot of Gods. But the God that I serve. He’ll take care of me and I know it.”

In San Antonio, Aaron's biological father Darwin Lowe is still processing the news. He spoke to Aaron before Saturday’s game.

“We was always communicating with each other,” Darwin said. “My mind is just rehearsing every single moment, every conversation that we had.”

Aaron Lowe is the second Utah football player from North Texas to die in a shooting in the last year. In December, Ty Jordan, a freshman running back who was best friends with Lowe, died in an accidental shooting in Denton on Christmas Day.

Lowe and Jordan played together at West Mesquite High School.

On Saturday, police said they got a call about 10:30 p.m. Saturday about a noise complaint at a house party in the 2200 block of South Broadmoor Street, south of the University of Utah campus.

About two hours later, at 12:20 a.m., a 911 caller near the home reported a fight involving a weapon, police said. As officers responded, another 911 caller reported hearing gunshots at the home. Officers arrived and found Lowe and the woman, who were shot.

Police said several people who were attending the party likely witnessed how the shooting unfolded. Detectives believe "it is likely several of those individuals have photos or videos that could be instrumental to solving this homicide," the police news release said.

"I am deeply saddened by the shooting death of Aaron Lowe," Salt Lake City police Chief Mike Brown said in a statement. "This talented young man touched the lives of so many here in Salt Lake City and in Texas."

Utah football coach Kyle Whittingham said the football program is "devastated" over the death of Lowe.

"Our thoughts and prayers are with Aaron's family and friends, along with the other individual who was harmed in this tragic incident," Whittingham said. "Aaron was a great teammate, friend, brother and son and was loved by anyone who crossed paths with him. He will be deeply missed."

Salt Lake City Mayor Erin Mendenhall confirmed that Lowe had died, calling him an "exceptional and talented young man who was loved by those close to him."

In August, Lowe became the first recipient of the Ty Jordan Memorial Scholarship. Lowe switched his jersey number from 2 to 22 this season, in honor of Jordan.

Lowe played in Utah's home game against Washington State on Saturday, hours before the shooting.

"Aaron was known on campus for his wonderful energy and kindness," Morris said. "He was a leader on the Wranglers football team and went on to make us proud by attending and playing for the University of Utah. We wish peace and comfort to Aaron’s family and friends as they mourn the loss of this truly special young man."

An online fundraising campaign was set up to help cover funeral expenses.