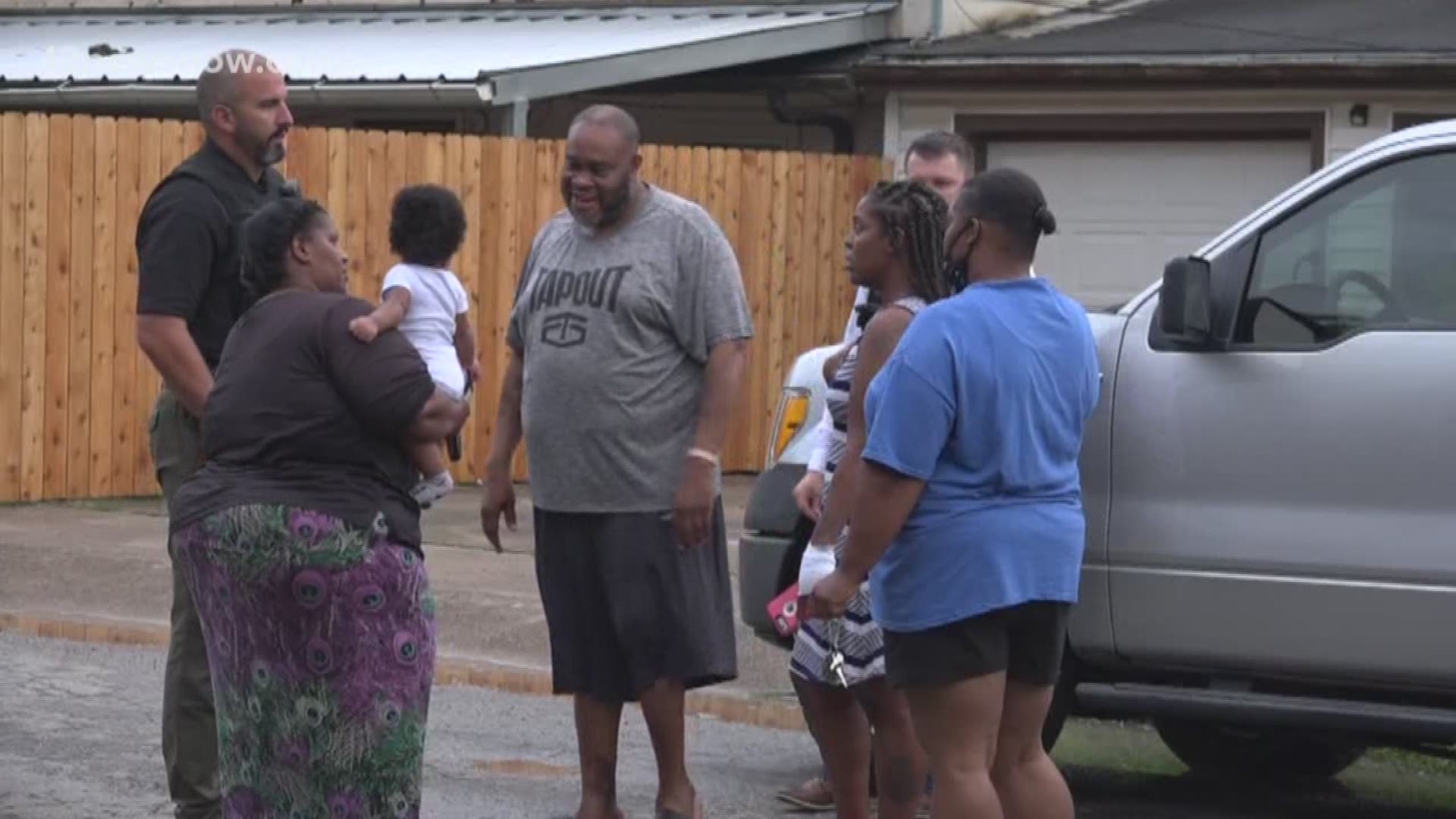 PORT ARTHUR, Texas — The man who police say forced his way into his ex-girlfriend's home, shot her and kidnapped her 7 month old baby boy is now in custody. Police say the child was reunited with his mother shortly after 7 p.m. Monday.

Police say this started in the 4300 block of Lewis Drive in Port Arthur. Police say Roberts busted into his ex-girlfriend's home before shooting her in the hand. That's when police say he kidnapped the baby boy and fled in a gold Jeep Cherokee.

Port Arthur Police found the SUV minutes later, but they say it was abandoned, and neither Roberts nor the baby were inside.

According to Broadcastify scanner traffic, police were able to ping Roberts cell phone to the 600 block of 7th Ave. in Port Arthur, not far from where the SUV was located.

After an intense search, police located Roberts. He surrendered to police just after 7 p.m. Monday.

The child is Roberts' biological son, according to police. The baby's mother was shot in the hand, and she is expected to be okay. Police say her injuries are considered non-life threatening.

12News will have the latest from Port Arthur live at 10 p.m. on KBMT ABC.

If you have any information that may help police, you can anonymously call Crime Stoppers at 409-833-TIPS (8477). You can also submit a tip HERE.

Prince Andrew, US prosecutors blame each other over Jeffrey Epstein probe