Family reports 911 delay in responding to shooting, stoning in Fort Worth

'There’s people dying and you’re over here keeping me on hold for a long time.' 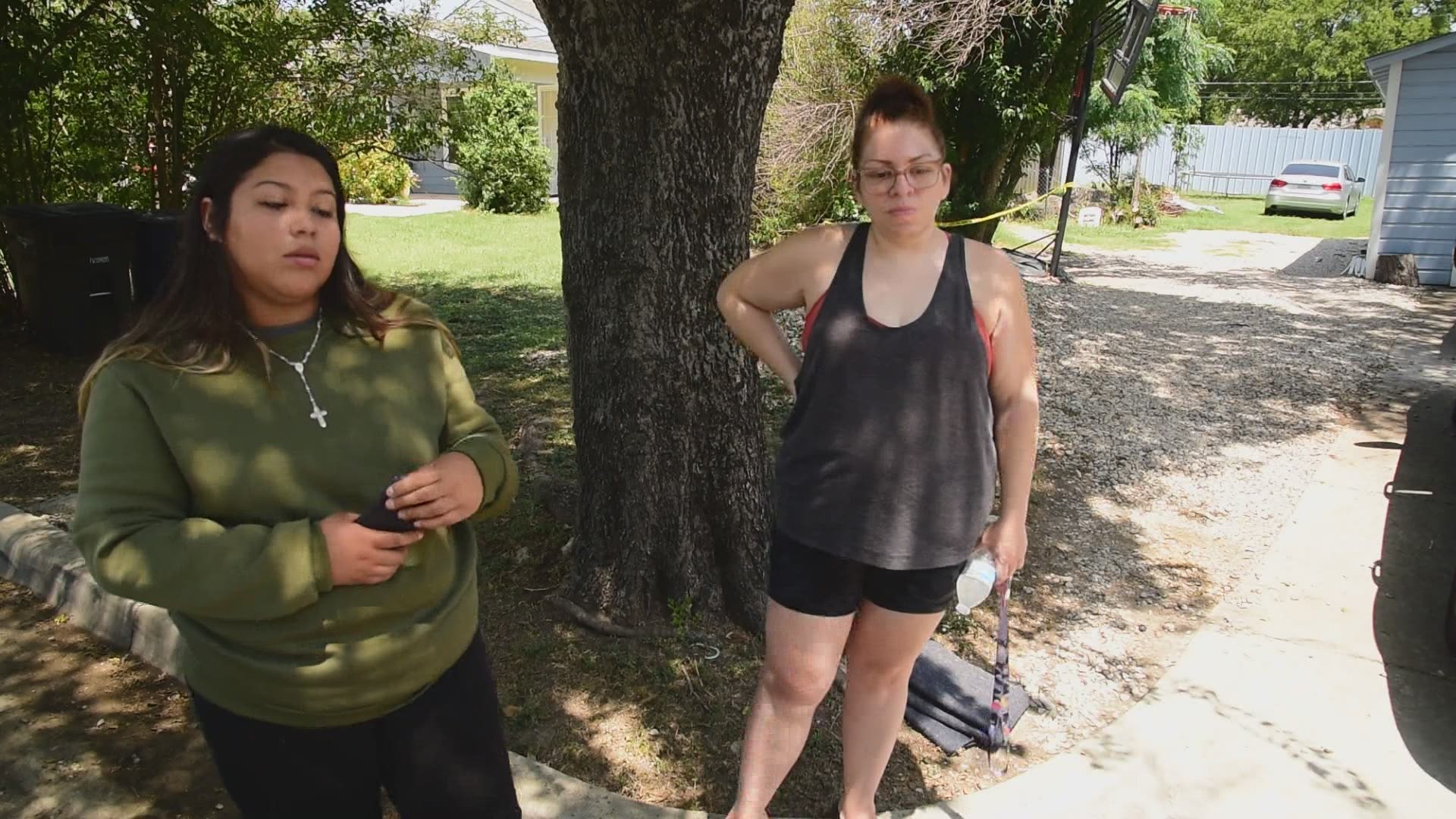 FORT WORTH, Texas — As police work to untangle the details of a shooting at a backyard gathering that led a group to arm themselves with landscaping stones to disarm the person who opened fire, those who were gathered said they were left waiting for help after their 911 calls were allegedly put on hold.

Ashley Jimenez Santos, 15, lives in the Shiloh Drive home where the shooting happened. She said a small group of family and friends were in the backyard playing cards.

"We were all good," she told WFAA. "We were just all trying to relax as a family and friends.”

Santos said “out of random," someone showed up arguing and started shooting at her dad.

Santos said she didn’t know the shooter, but she and the shooter do have a mutual family friend, who was at the backyard gathering.

Police said after the shooter opened fire, the crowd then started to chase the shooter, who turned and fired at people in the group. In response, police said some people picked up landscaping bricks and began to throw them at the shooter.

"We were all trying to take him (the shooter) down cause we didn’t want no more to get shot, so we were trying to defend ourselfs," Santos said. "We started getting rocks at him. Throwing at him.”

As the chase continued, the shooter either fell or was taken down by the group, according to police, at which point they shot at the group, hitting two more victims.

One of those people - a family friend, who was 32-years-old, according to Santos - died.

The group hit the shooter multiple times with at least one landscaping brick, according to police, and they died at the scene.

Santos said her father and two others were hurt as well, she said.

She said she had an issue when she called 911 early this morning.

"There’s people dying and you’re over here keeping me on hold for a long time," she told WFAA. "Like, I'm telling you, it’s an emergency. Like, come, run!”

Scared and frustrated, Santos said she called her mom, Rita Morales, who  also tried calling 911. She, too, was put on hold, she said.

“I was kinda in shock," Morales said.

"I hung up and I called again, 'cause I was like, no way, no way this is happening," she added. "Somebody picked up the phone and they said, 'can you hold please?' And I was just like, 'okay.'”

We’ve told you about the staffing issues at Fort Worth’s 911 call center before. A police spokesperson told WFAA Monday, that they’re in the process of hiring more people, and that they do have officers currently helping to fill the shortage. But they wanted to get the word out: anyone interested in applying or who wants more information about the application process is asked to call the non-emergency number at (817) 392-4222 or check online for job openings.

"That’s one of our reasons why our friend passed away," Santos said. "He should be fine right now, but he didn’t, because y'all were over here, 'take me on hold. take me on hold.'"