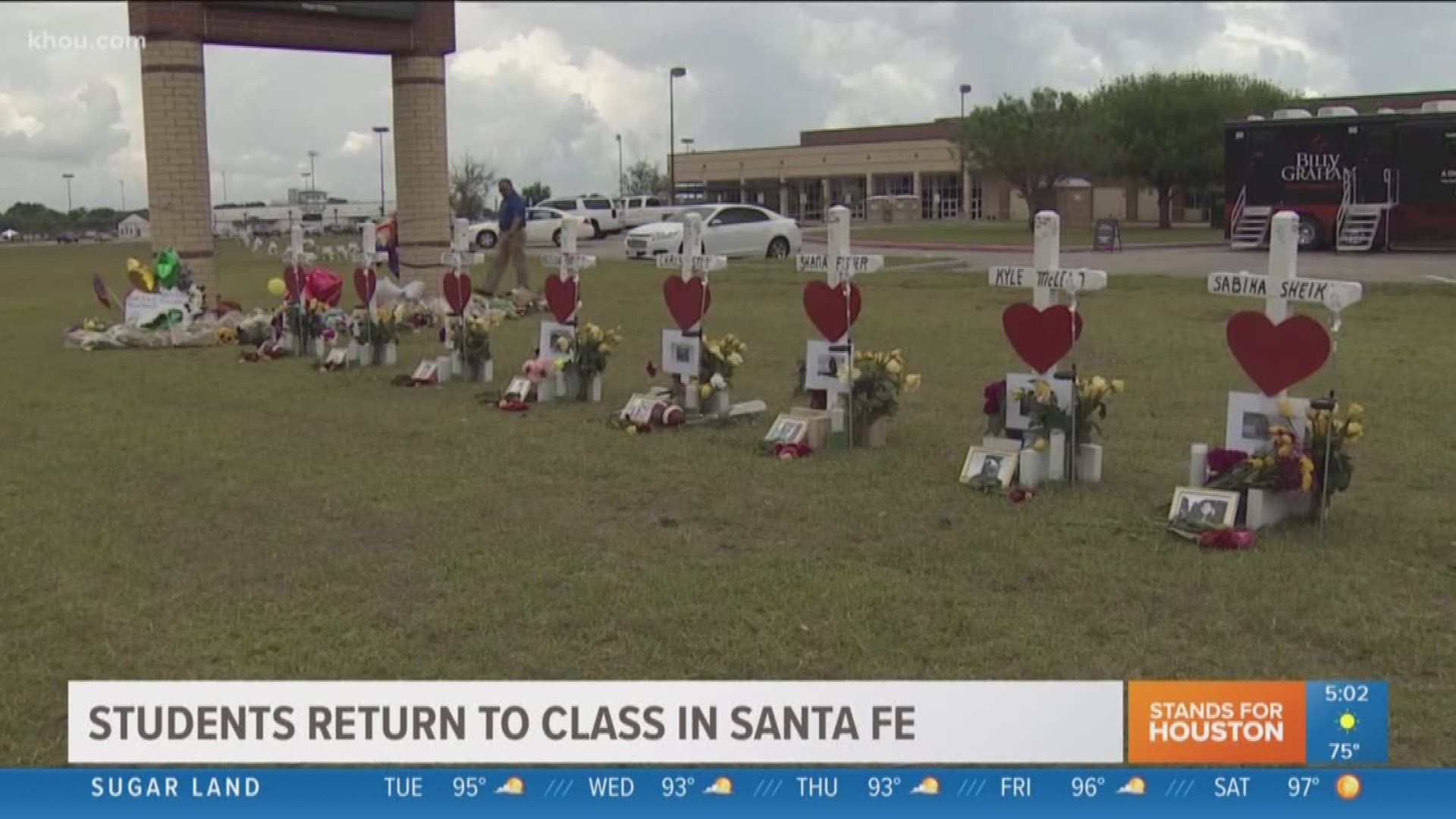 SANTA FE, Texas -- Santa Fe High School students will return to campus Tuesday for the first time since a gunman killed 10 people and injured 13 others.

In a letter sent to students and parents, principal Rachel Blundell explains how the remainder of the school year will be handled.

At 8 a.m. Tuesday, the first students to arrive will be those who were in the fine arts wing when the gunman opened fire. These students will be offered special counseling.

At 10 a.m., all students will attend a general assembly honoring the lives lost.

There will only be one entrance and one exit at the school. Walls have been built to close off classrooms effected by the shooting.

Additional counseling will be offered through the day.

Students will need identification to enter the school and will allowed to bring one parent or legal guardian.

There will be additional law enforcement on hand for the remainder of the year and students are not allowed to carry backpacks or large purses.

Students will not have to worry about assignments or tests. Grades were finalized on Thursday, May 17, one day before the shooting. Teachers have dropped assignments not finished or incomplete and will provide opportunities over the summer to earn extra credit

There are plans for support to continue in the long-term and not just by the district.

“We are mourning together and we are healing together,” said O’Day. “We want to create a platform for everyone to heal together on this holiday.”

“It’s just a movement of showing and spreading kindness and love to each other,” added Richards, “and raising awareness for mental health.”

Hearts United is a non-profit that aims to help victims and their families with long-term support. The charity was launched on Memorial Day at a fundraiser with help from the Houston Dynamo.

The fundraiser featured live music, food and visits from both Dynamo and Dash players. It was held one day before students return to school for the first time since the shooting.

“I think for the most part we all just want to see each other one last time under way different circumstances than the last day,” said Richards.

United Hearts is in the process of being established but in the meantime the Houston Dynamo is collecting donations for the charity. Donations can be made, https://www.houstondynamo.com/charities 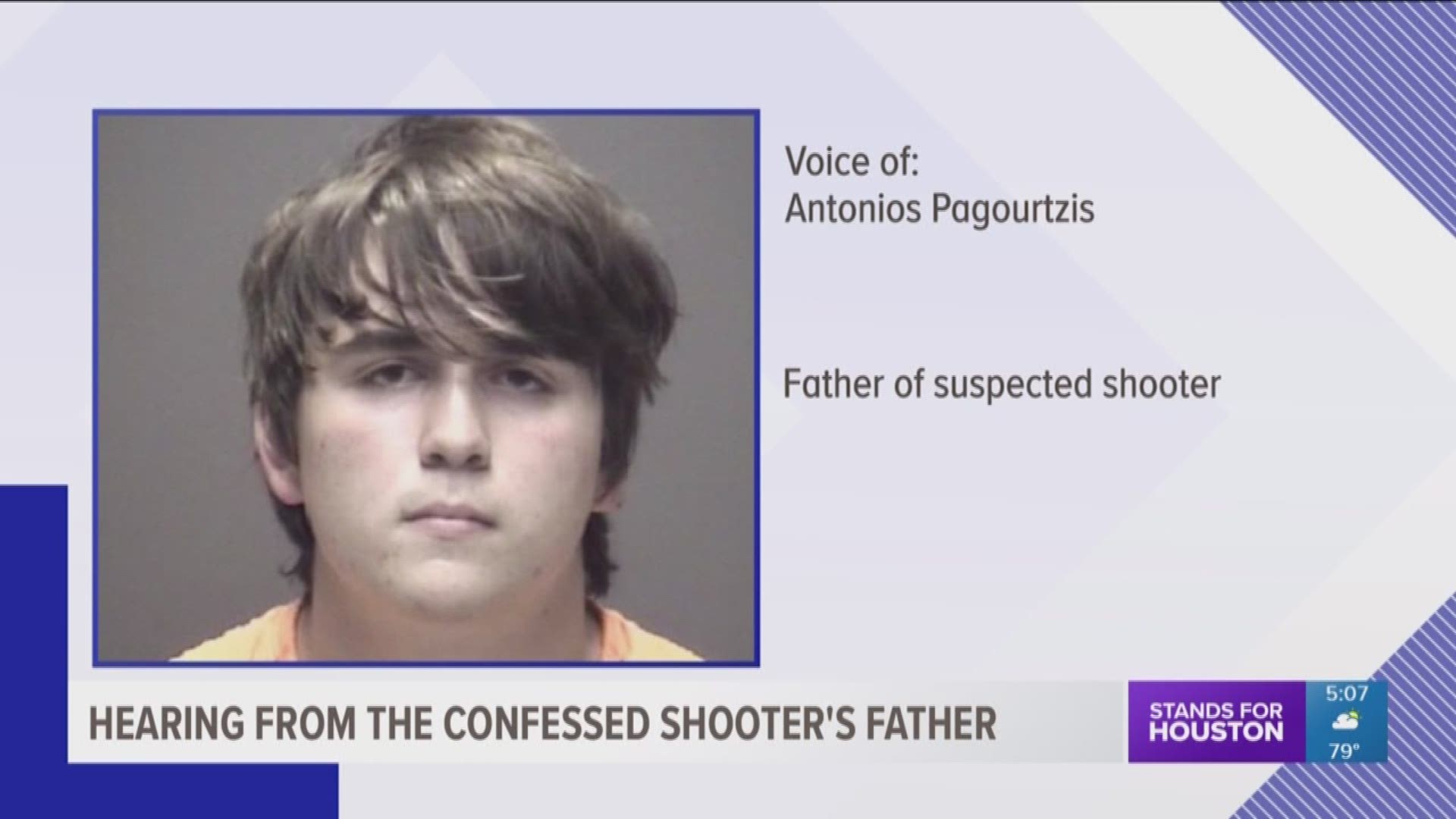