In the latest sexual assault scandal to rock Baylor University, the president of one its fraternities now stands accused of raping a fellow student. 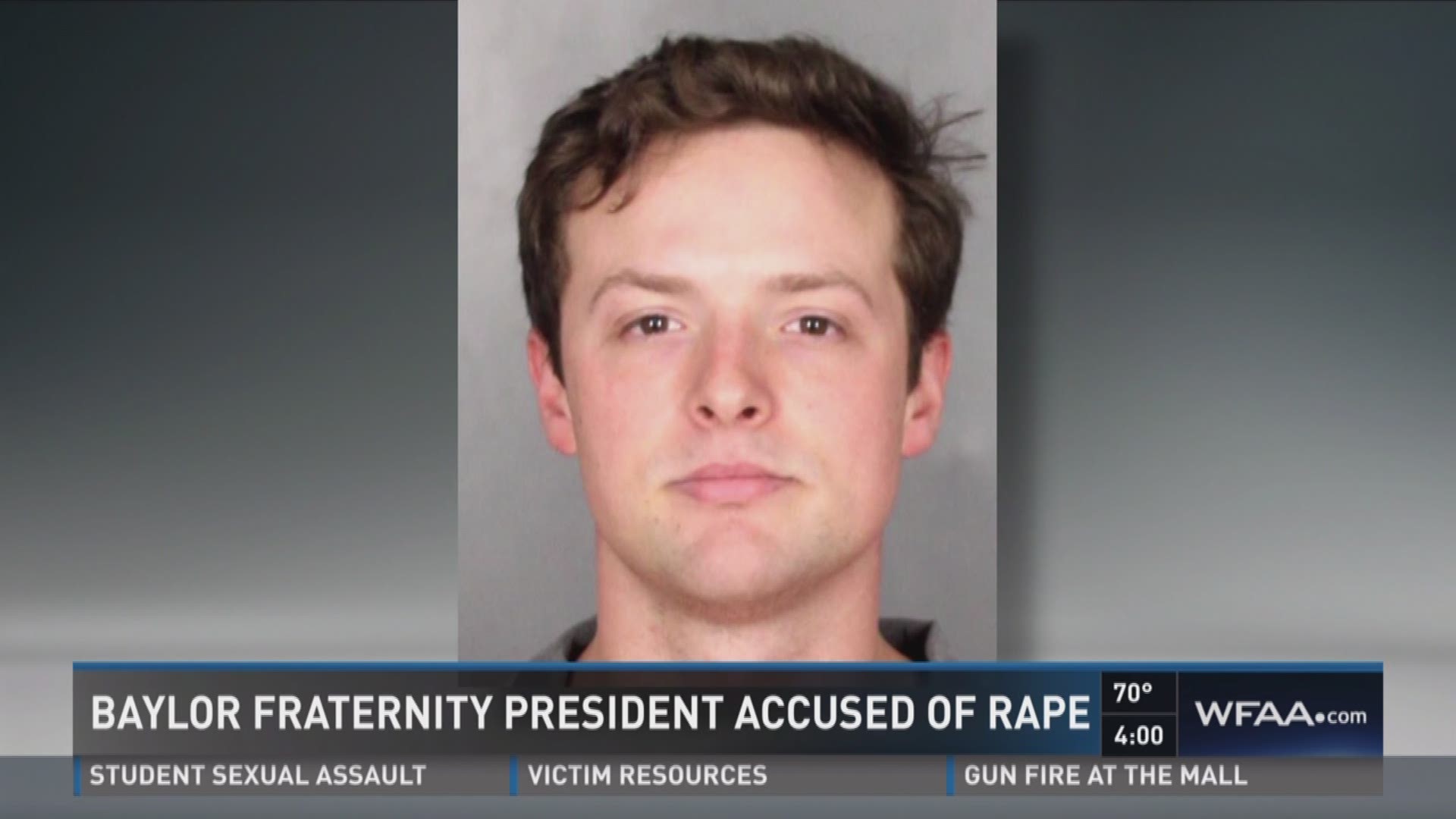 GARLAND — In the latest sexual assault scandal to rock Baylor University, the president of one its fraternities now stands accused of raping a fellow student.

Jacob Anderson, 20, is charged with sexual assault in an attack that took place on Feb. 21 at the Phil Delta Theta fraternity house.

Anderson is a 2013 graduate of Garland's Naaman Forest High School. No one answered the door at the Garland home of his parents.

According to an arrest warrant, the victim accepted a drink of punch at a party held at the frat house.

“She became disoriented and felt very confused and was led by a person she met there at the party,” the records say.

Sgt. W. Patrick Swanton, a Waco police spokesman, says that Anderson led her to a secluded part of the yard where nobody was allowed. He said Anderson took her behind a barn area in the yard where he sexually assaulted her.

The victim, according to the warrant, told police that Anderson repeatedly sexually assaulted her until she lost consciousness.

“She woke up and she had vomited on herself,” Swanton said. "That's the really scary part about this is very easily she could have choked to death on that and aspirated right there in the backyard. And he left her, left her alone in the backyard by herself. You just don't do that to another human being”

Swanton says the victim made her way back into to the frat house and told one of her friends what had had happened. The friend took her to the hospital.

Anderson turned himself in Thursday afternoon. He faces as much as 20 years in prison if he’s convicted.

Anderson’s arrest comes just about a month after a scathing ESPN report featuring three women who say they were sexually assaulted by former Baylor football player Tevin Elliott. The women accused the university of ignoring their reports that they had been raped by Elliott.

He’s now in prison after being convicted on two counts of sexual assault.